WTOP: "See the Best and Brightest of DC’s Art Scene All in One Place" 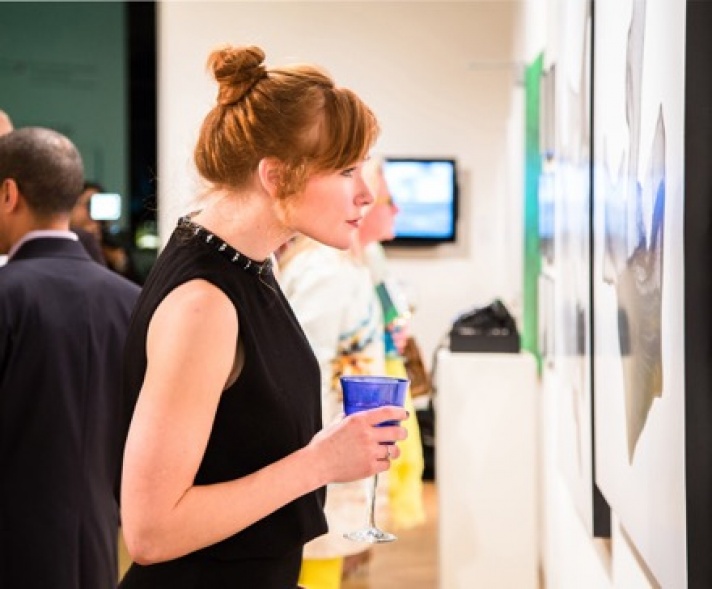 To support the program and the artists it benefits, the Washington Project for the Arts has an annual auction gala that showcases the work of current WPA members. It’s the best way to see the most local art in one place. (Courtesy WPA)

This year, nearly 150 pieces of art from 116 artists will be on display from March 31 to April 9. Each piece in the showcase was selected by a local independent or museum curator. (Courtesy WPA) 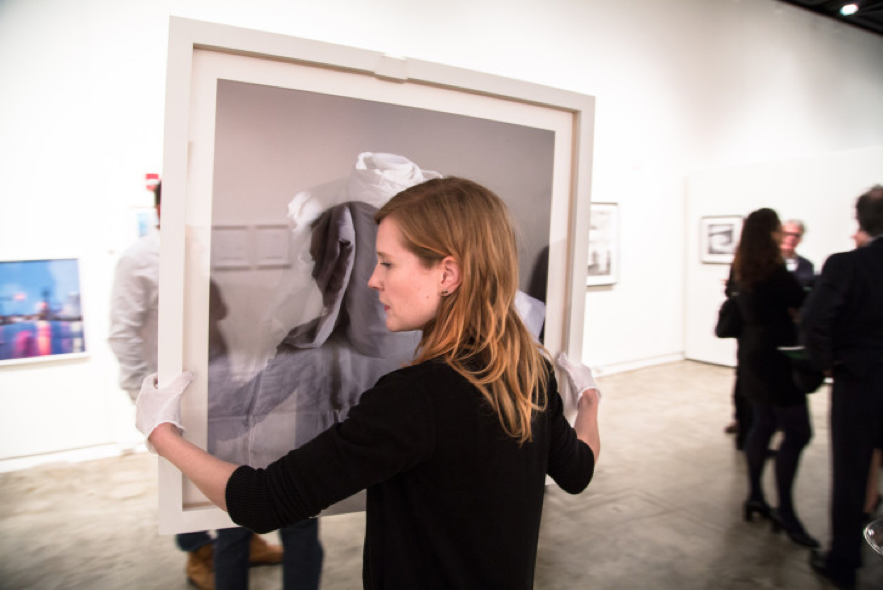 The WPA has been around for 40 years, and according to Jeremy Flick, the membership director, nearly every major visual artist in the district between 1975 and present day has had some type of connection to the organization. (Courtesy WPA)

WASHINGTON — Fans of contemporary art have something to celebrate in April.

The Washington Project for the Arts, a nonprofit organization dedicated to preserving and supporting local artists, kicks off WPA Auction Week on Thursday, March 31, and ends it with the WPA auction on April 9. In between, the organization offers talks and exhibits open to the public.

The WPA has been around for 40 years, and according to Jeremy Flick, the membership director, nearly every major visual artist in the district between 1975 and present day has had some type of connection to the organization.

To support the program and the artists it benefits, the WPA has an annual auction gala that showcases the work of current WPA members. It’s the best way to see the most local art in one place.

This year, nearly 150 pieces of art from 116 artists will be on display from March 31 to April 9. Each piece in the showcase was selected by a local independent or museum curator.

Sheldon Scott, one of the artists with artwork in the showcase, says the auction gala was instrumental in giving his work a push forward.

“For me, as an emerging artist, it was a very important time in my career. It was an opportunity to show a body of work as someone who was unrepresented at the time,” Scott says.

“The WPA still does what it was designed to do, which is to create opportunities where opportunities don’t exist, and to broaden the idea that D.C. has artists who produce work of great importance.”

The founder of the WPA, Alice Denney, made it her mission to create an audience for the emerging artists in the city. It’s still a major part of the organization’s purpose.

Eames Armstrong, whose piece “Pink Bathroom” is in the auction, says that the D.C. art community is bigger than people realize. The WPA, through the wide range of events and programming, manages to bring people together. And that, she says, is essential.

“It’s so important for catalyzing the community, connecting artists with other artists,” she says. “That leads to different collaborations and projects and to a richer community across the city.”

Bringing artists together isn’t new to the WPA, or to Alice Denney. Before she founded the WPA, Denney famously managed to get art-world celebrities Andy Warhol, Robert Rauschenberg and Olga Adorno all in the same room at a party for the opening exhibit at the Washington Gallery of Modern Art. While the art gallery didn’t last long, the WPA is still carrying the torch, 40 years later.

To Patrick McDonough, an artist in the organization, the WPA is an institution, but it’s constantly adapting to the changing scene, allowing it to stay relevant.

“The way that I see the WPA is as this historically-rooted organization in the cultural fabric of D.C. and also flexible enough to be really progressive, to be working with emerging artists on rebellious projects, and to continue the history of the projects of its founder,” he says.

You can buy tickets to the auction gala here: https://www.wpadc.org/events/wpa-auction-gala 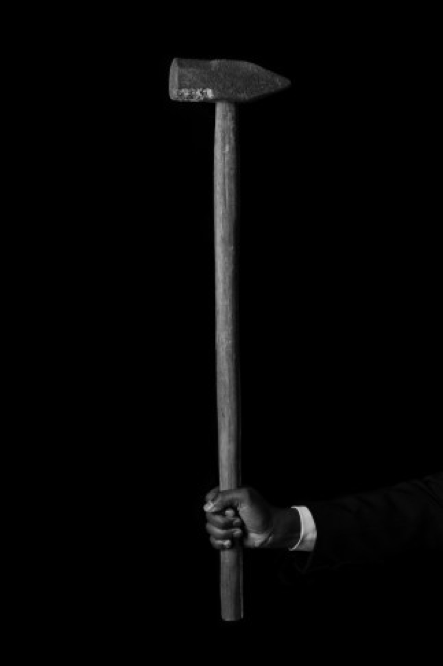 Sheldon Scott on “John Henry, Hammer”: “I’m showing a photo-based work from a body of work called ‘Folklore’, which is an exploration of the myth and legend of American blackness through story, song and riddle. It is ‘John Henry (Hammer)’, which talks about the value of black bodies connected to the work they produce. It’s one of my favorite pieces, if I’m allowed to have one of those.” 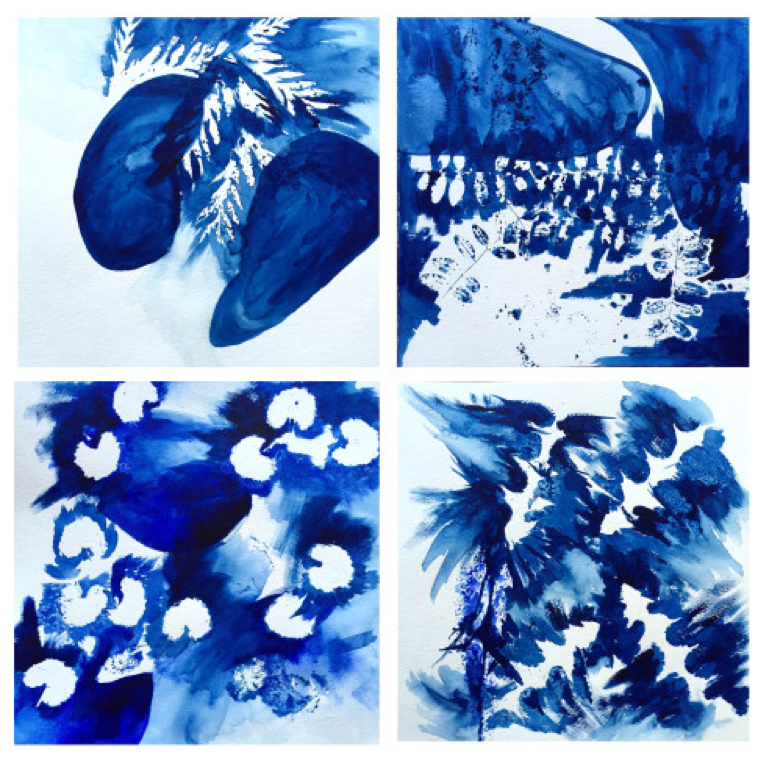 Natalie Cheung on “Finding Anna”: “My piece is a set of four watercolors. I’ve always worked exclusively in camera-less darkroom photography, so when I was dabbling in watercolor I started making paintings that highlight the unique shapes of different plants and leaves and things, entirely in blue. I realized that it actually hearkens back to camera-less darkroom photography and the first process ever, cyanotypes. I chose this piece because it’s a new idea for me, and a new medium. These paintings reference both the early paintings and early photography. It’s titled “Finding Anna” because it references the first cyanotypes ever made, by Anna Atkins, in about 1843. My paintings reference her book, “Photographs of British Algae.” 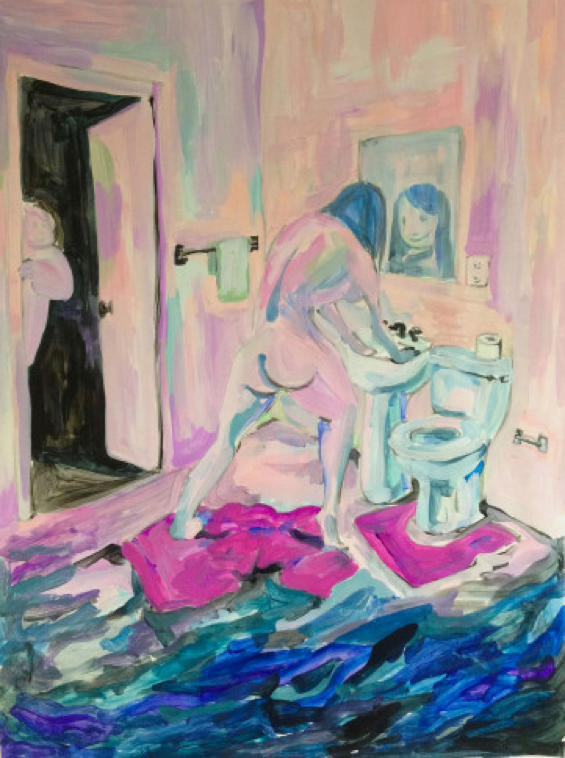 Eames Armstrong on “Pink Bathroom”: “My piece in the auction is called “Pink Bathroom.” I’m just finishing a two-year grad program and most of the work I’ve been doing in grad school has been performance and sound-based, very dark and heavy and about negativity in a lot of different ways. I think as a response to that personally, I started making all these bright and fun and weird paintings that, aesthetically, are absolutely different from the performances I’ve been doing, but I think that conceptually they’re still dealing with ambiguity and body dysmorphia and body anxiety. They’re all these strange, figurative works that take place in interior spaces. This one is in a bathroom. I feel like the more familiar a space is, the easier it is for it to become strange.” 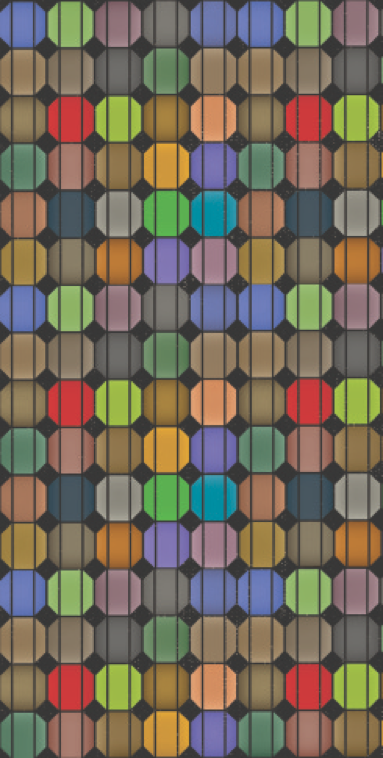 Patrick McDonough on “161503-socially responsible painting”: “It’s one of the first examples of what I’m calling ‘socially-responsible leisure kits’. It’s a socially-responsible painting, mounted on responsibly sourced wood stretchers, painted on organic hemp fabric with recycled paint, done in a solar panel, PV cell pattern. It’s a relatively nascent thread in my work that grapples with the radical potential of leisure time. So, nonwork, non-self and family care time, and how maybe the most demonstrable change happens in that space.”