WPA talks with Vesela Sretenović of The Phillips Collection 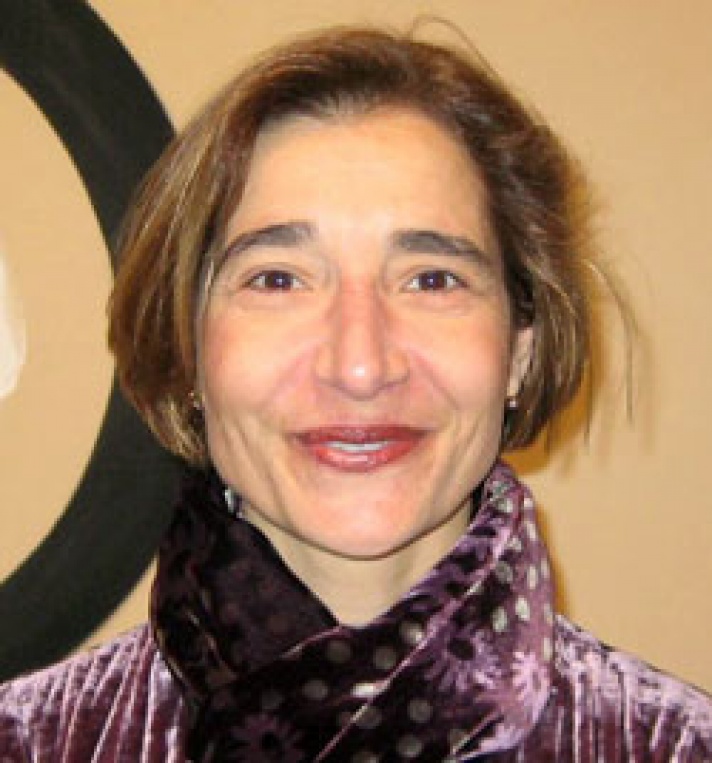 This week, WPA spoke with Vesela Sretenović, Senior Curator of Modern and Contemporary Art at The Phillips Collection, to talk about her experiences at the museum and about the arts in Washington.

WPA: Hello! Thank you for talking with us today. How are you doing?

Vesela: I’m okay - thanks! Always on the run.

WPA: Let me ask you: how did you get started in the arts? Where did you come from before your work with The Phillips?

Vesela: I was at Brown University immediately prior to coming here, and I was curator there. I was also teaching at RISD [Rhode Island School of Design], which is across the street from Brown. So, I guess I always fluctuated between academia and the museum world. The Brooklyn Museum was my very first museum job, which was many years ago. I was also living in Brooklyn and all my friends were artists so it was a natural setting for me.  I studied art history and art was always part of my professional and personal life.

WPA: So your background is in art history.

WPA: How did you come to work with The Phillips Collection?

Vesela: As I said earlier, I was at Brown for 10 years and it was time for change. Ten years at one place in enough to get to know it inside out, and I was ready and for a new challenge.  Working in a university setting is very different than working in a private museum; things operate differently and the public is different.  Brown is a wonderful and inspiring place on so many levels, especially level of ideas and interdisciplinary programs that cut across departments and isolated thinking.  But what Phillips has that Brown does not is an amazing collection of modern art, and I really missed the immediate access to so many masterworks, which I also had in my grad school at the SAIC [The School of the Art Institute of Chicago].  An opportunity to “play” with historic material and especially in connection with contemporary art, which is mostly my responsibility the Phillips is truly enriching (or maybe I am just an old fashion art historian). When I came to DC it was all very new territory for me. I came here without knowing many people, and also my position of contemporary curator was newly created.  So I asked for challenges, in art and life, and certainly got them. At the same time, there is nothing more exciting than starting afresh and trying to make new things happen.

WPA: What have some of your experiences been as you’ve come to define this role both for the institution and for you personally?

Vesela: Well, the first experience was “jump in the water and swim.” I consider myself a good swimmer (laughs) so it has been interesting.  The museum and the director gave me an opportunity to create something new for the institution - a series of contemporary art projects called Intersections - which in many ways continued the legacy of Duncan Phillips and his willingness to take risks in art, and I remain grateful for that opportunity.  I also had to learn about the institution, its demands, policies, and expectations, and more interestingly about the collection, all of which I am still learning about.  I started at the beginning of the economic crash, just when the Lehman Brothers declared bankruptcy and everything started to go downhill.  It was a strange, and in many ways uncomfortable, feeling that people around me were losing jobs, and I was starting a new position.  Also, like many other places, we were hit and our budget had to be significantly cut down, which is never easy, and is maybe even less easy when it happens as you are starting and at the place you don’t know.  But, again speaking of challenges, you have to find a way to work with what you have…and that’s what I’ve tried.  With a great support of the director, who was behind initiating something new, and with limited funds, we formed Intersections, which I mentioned earlier, with a simple idea to invite artists, international and local, to come and look at the museum architecture and permanent collection, and create a new work in response to one or the other or both. We are relatively small and privately run which gives us more freedom to make things happen faster than in larger, government founded institutions.  And again, going back to the vision of Duncan Phillips, who supported the art of his own time and thought of Phillips as “an experiment station,” we too want to continue that direction and showcase more art of today. We want to serve the artists of the area and also to be very international and partner with different embassies and international cultural centers. And this is something that Washington has that New York doesn’t have; there is a different sense of cosmopolitanism here than the one in NYC, and there is also a sense of cultural diplomacy, which is also what the Phillips wants to cherish, especially under Dorothy Kosinski’s leadership.

WPA: What other defining characteristics, in addition to an international perspective, do you see in the DC art and cultural scene?

Vesela: I think people’s perception of DC, probably including mine, is that this is the museum city and not gallery city. People come here to visit museums first, and occasionally galleries.  There are some wonderful galleries to see yet there is a need for more, because galleries can also serve as connectors among artists, general public, collectors, and art institutions; they are not just about the marketplace but bring vibrancy to a place. But in order to sustain, they need collectors and collectors still prefer to go to NYC, so like in many other places in the U.S, this is a vicious circle. I think we all know DC is primarily about politics and government, but there is more than that, one just have to look for it; it’s not like NYC where there is an overdose of art and art places to go. Besides, an “overdose,” as stimulating as it may be, is not necessarily healthy; so we should focus on what we have and not on what we don’t have and make it work.

WPA: Are there any specific fall events or exhibitions you are looking forward to?

Vesela: Ai Weiwei at the Hirshhorn! I’m looking forward to see what kind of impact the show will have here. I haven’t seen yet the show at the Katzen but I know there is a lot happening, with the Occupy and John Cage, and Olitski exhibitions. I think they are doing interesting, important stuff.  I’m sad to have missed Nina Katchadourian presentation with WPA, but you can’t do it all! (laughs). You see, there is a lot to do in DC, not to mention the NGA, NPG, other galleries such as Transformer, Flashpoint, Hamiltonian, Curator’s Office, Hemphill, and many others including wonderful CONNERSMITH and G-Fine Art

WPA: Agreed. What do these places offer to the residents of DC?

Vesela: I don’t want to be a cynic but for many people art in general, not talking about DC now, is about socializing and entertainment (laughs), which is not necessarily bad as long as it develops into something more: deeper appreciation for the arts. Art enriches our lives in so many different ways, existential, philosophical, intellectual, emotional and personal. It offers both: an engagement with and an escape from reality.

WPA: Do you see art being more political here in the city?

Vesela: Unfortunately not often. I think people in DC, by and large, are probably sick of living politics in real life and don’t need to see it transplanted into the arts. I often wonder about it, because at the same time DC is the perfect place to address certain political issues through artistic means. I’m very happy that Katzen, for example, is addressing the Occupy movement. How do you address political issues of your own time is crucial and under what institutional umbrella you are doing it is also important.  We cannot all do everything, we have to recognize our own milieu or context and work with it.

WPA: Would you extend the same advice to artists?

Vesela: Don’t think about DC as New York; make your work, and travel a lot.

WPA: Do you think Washington is a more educational place than places like Philadelphia or Baltimore?

Vesela: Not necessarily.  Baltimore and Philly have much more of a history behind them than DC which is “fleeting” place for many who work in diplomatic circles or government. And in terms of art schools, both Philly and Baltimore have great art schools…DC is trying to follow them…

WPA: Do you think contemporary art has a bigger role to play at large with our culture?

Vesela: Of course. Throughout the history art was on the frontline, ahead of time, making people see and think out of the box. Art is always a mirror of its own time, directly or indirectly. That does not means that every single work of art has to have social or political agenda; social can be addressed indirectly through private. Art is as much about private as it is about social; it just depends which road one chooses to take.  Both run parallel tracks and are equally important.

WPA: Are there any artists that you are kind of enamored with right now that you feel exemplify that engagement?

Vesela: I’m always into the artists with whom I’m working at the moment. It’s almost like being a filmmaker. You just focus on the film you are making now, and until you are done you can’t think about anything else! (laughs).  Only little later you can have better perspective and/or criticism of both the project and yourself.  In that sense, I won’t name names but will say I look forward to what’s coming up this and next year…come to the Phillips and check it out.

WPA: What can we expect to see from you and The Phillips in the future? What should we keep a look out for?

Vesela:  We are becoming more and more immersed in the art of today. And we are trying to do that not just through exhibitions but also through conversations with artists at the Center for the Study of Modern Art, or performances, concerts, and other events. Personally, I will continue to work on Intersections, and also work on exhibitions of more established artists. And I do look forward to opportunities to teach and reconnect with students… that should keep me busy, right.

The exhibition Intersections: Sandra Cinto - One Day, After the Rain will be on view through December 30, 2012 at The Phillips Collection. Click here for more information.