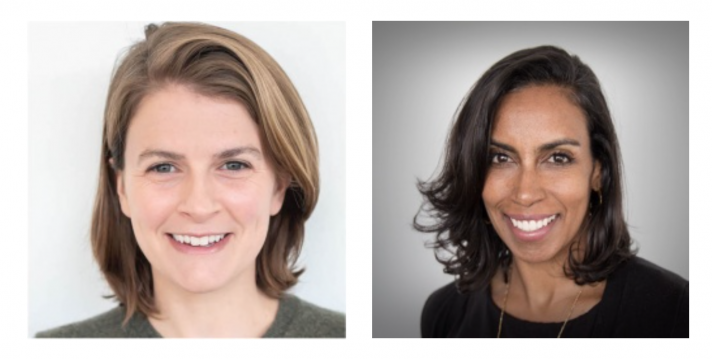 We are pleased to welcome Ashley Givens, a curator and art historian, and Jocelyn Sigue, and independent television producer and director, as the new co-chairs of our board of directors. They succeed Jim Ritter, a finance attorney, who served as Board Chair from 2015-20.

“In transitioning from a single chair to a co-chair model for the Executive Committee, we are demonstrating our commitment to collaboration, one of our core values, at the highest level of our governance,” says Peter Nesbett, WPA’s Keeper of Imaginative Futures. “Now all of our board committees are helmed by teams rather than individuals.”

Ashley Givens is an independent curator and academic with expertise in both nineteenth century and contemporary art. Until recently, she served as Professorial Lecturer in the department of Art History at The George Washington University. She previously worked as a curator in the photographs department of the Victoria and Albert Museum in London. Ashley earned her Ph.D. at the Courtauld Institute in London. Since joining the board of Washington Project for the Arts in 2018, Ashley has taken on roles of increasing responsibility. She assumes the Co-Chair role with a dedication to the mission of the organization, a focus on facilitating the best possible programming and excitement about the broad range of experiences and expertise of her WPA colleagues.

Jocelyn Sigue is a producer and director of television and video specializing in branded media content for corporate and non-profit clients worldwide. Since joining the board of Washington Project for the Arts in 2011, Jocelyn has led the board’s efforts to locate and move the organization into its current gallery and office space in Washington’s Shaw neighborhood and helped lead the capital campaign that made that move possible. Jocelyn’s work as Co-Chair of development continues as she takes on the leadership role as Co-Chair of the board. Jocelyn earned a B.S. and M.S. from Northwestern University’s Medill School of Journalism.