Michelle Grabner is an artist, writer, and curator and the Crown Family Professor of Art at the School of the Art Institute of Chicago, where she has taught for twenty years. Grabner co-curated the 2014 Whitney Biennial and the 2016 Portland Biennial, and is the Artistic Director for the FRONT International - Cleveland Triennial for Contemporary Art. Her exhibition reviews are regularly published in X-tra and Artforum. 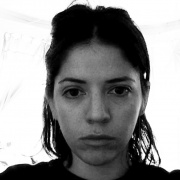 Rosario Güiraldes is the Assistant Curator at The Drawing Center in New York City. She has organized exhibitions and public programs at the Barcelona Museum of Contemporary Art (MACBA); University Museum of Contemporary Art (MUAC), Mexico City; The Drawing Center; Hessel Museum; Judd Foundation, all New York; and elsewhere. She holds a B.Arch from the Universidad de Buenos Aires and an MA in Curatorial Studies from the Center for Curatorial Studies, Bard College. 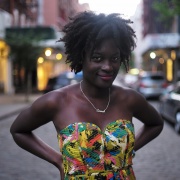 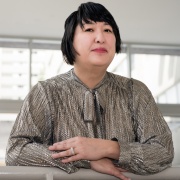 Amy Sadao is the Daniel W. Dietrich II Director at the ICA Philadelphia. She was appointed to the position in 2012, and has since dramatically increased ICA's budget and staffing, and directed an ambitious contemporary program extending equity to overlooked and underrepresented artists, ideas, and publics. Previously, she was the Executive Director of Visual AIDS in New York. She holds a BFA from The Cooper Union and a MA in Comparative Ethnic Studies from UC Berkeley and began her career as an intern at the Whitney Museum at Philip Morris. 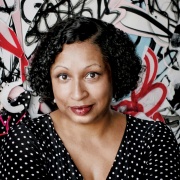 Shinique Smith is a Los Angeles and New York-based painter and sculptor. She has exhibited in the Istanbul and Busan biennials as well as at The Brooklyn Museum of Art; Denver Art Museum; Los Angeles County Museum of Art; The Museum of Fine Arts, Boston; New Museum; the Smithsonian National Portrait Gallery; and elsewhere. She earned her BFA and MFA from Maryland Institute College of Art, where she served on the Board of Trustees from 2013 to 2016.