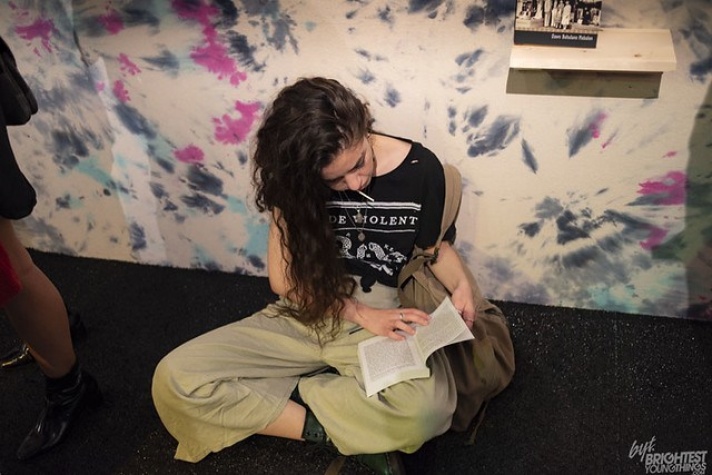 Published in Brightest Young Things on April 18, 2019
By Kaylee Dugan and Blink Ofanaye

It’s the Friday before Hedonist Buddhist opens inside the WPA Annex at The Shay, and artist / curator Joseph Orzal is sitting on the floor with me. We’re surrounded by a pile of books. Art is propped up against the walls. It’s a bright, sunny beautiful day, but there’s still a lot of work to be done before the show opens, work that started a year ago when he began his grad program at MICA and decided to focus his efforts on gentrification. Despite his casual demeanor, Orzal has managed to find a space at the very center of D.C.’s struggle with gentrification. The week leading up to the opening has been saturated with these kinds of conversations. Two blocks away, Metro PCS was forced to turn off their go-go music after a complaint from someone at The Shay. A few blocks further, artists were taking over the old Martha’s Table space (where Orzal’s mother worked for 20 years) for a three day art event called Umbrella before the space is demolished and turned into apartment buildings.

The go-go is back. Umbrella is over. But Hedonist Buddhist will be running from inside The Shay, protesting what the building stands for with its own supplies, until June 23. There will be events and talks and things to do, but more than anything, Orzal just wants you to come and hang out. Read a book, look at some art and take a break.

BYT: I know this is apart of your thesis at MICA, can you tell me a little bit more about your thesis and the background of the exhibition?

Orzal: The background is just from my personal experience growing up in D.C., having to move several times because of rising housing costs. Right now it’s been very difficult. I just got kicked out of my studio. Open Studio DC got kicked out of the space because a developer wants to do another bar or something. It’s just been… kind of a rough time and it doesn’t seem like it’s going to get less expensive. It seems like the city is going to keep promoting whatever the developers want. I felt like I had to do something about it with the abilities I have.

BYT: What was the planning process like? How long has this been in the works?

Orzal: Last year when I started grad school I wanted to do something about gentrification. I partnered with WPA and they just so happened to have this space. I was like, this is perfect.

BYT: Where did the name come from?

It came from the philosopher Slavoj Zizek. There are several articles he’s written about spirituality and how he consumes spirituality nowadays. Another thing he was saying is that Buddhism is the new spirit of capitalism, as opposed to Protestantism, it’s taken on this new form. I can’t really elaborate exactly because it’s kind of a mess of ideas. There’s some line he had that parallels hedonism and buddhism.

BYT: I know there’s a huge curatorial aspect to this, you’re bringing in a lot of different artists and you have a library here for people to use, how did you decide who you wanted to work with, which texts you wanted to include?

Orzal: Who I wanted to work with is a mix of happenstance and people I admire. I’ve always wanted to work with Renée Stout, she’s a local D.C. artist. I love all her work. Manuel Ocampo is a filipino artist. Demian [DinéYazhi], we worked with him in our practicum class and his work just seemed really relevant. Amna [Asghar] and Eliseo [Angel Casiano] I just ran into. I was like, this works.

I asked all the artists to give me readings that informed their work and then I also included a bunch of readings that I’ve been using to research gentrification and whiteness.

BYT: Are there any research materials that stand out to you? Books you really hope people will pick up?

Orzal: Pedagogy of the Oppressed is my go to for everything. I love that book. I think everyone should read it. It’s sort of the basis for how I operate with curation. Naked City by Sharon Zukin, she was writing about gentrification in the early 70s. She was like, “This is about to happen,” and it happened. Then David Harvey’s A Brief History of Neoliberalism, which talks about the larger socio-economic order. Those are three of them, but there’s many more.

I’m going to provide pencils. It’s not going to be a traditional library where you can borrow the books, but everyone can write and highlight text. So there’s kind of a conversational thing happening between the visitors. I like when you get a used book and you see all the text highlighted. Hopefully that happens in the show.

BYT: How do you feel about being in the building? Did it change your idea for the show when you locked in the space?

Orzal: I specifically wanted to be in a condo because I think what happens is developers, and the cost of the property, keep certain things out. That’s by design. The developers taste is what starts to define the culture of the neighborhood. I needed to get in there and subvert that whole process to make a point. My intention was always to get into a condo.

BYT: Do you think it will be easy to explain to people its subversion?

Orzal: I think my statement on the wall might help guide people in understanding what I’m saying. To a certain extent, we have to admit that this is what the city wants and it’s here. We have to figure out ways to subvert it or challenge it or push up against it. I haven’t read the new cultural plan, but I doubt there’s going to be some massive redistribution. So, you’ve gotta do something.

BYT: And then the Metro PCS go-go thing blew up around you.

Orzal: When they got The Shay I was like, this is perfect, because there’s a cultural divide right there. It was just bound to happen. I know they keep trying to shut it down and they will try again. It just helped highlight the crisis in culture that’s happening right now.

Also, my posters that were made for Hedonist Buddhist are by Globe Poster. They used to be all over 14th and U when I was a kid. It was really important that I had Globe make my posters and we’re going to have several other posters for programming made by Globe. I was trying to put them up all over D.C., like it used to be, but I realized there’s not a lot of wood to staple them on anymore. It’s all glass now, so it’s been kind of tough to throw them up, but the aesthetic is there.

BYT: Do you think it’s going to make it easier to get people in the door?

Orzal: I don’t know. I have no idea what to expect. My hope is that local activist groups and local artists come in and use the space the way they want. I’m working right now on a micro grant, so we can pay artists $100 to come in and do their thing. It’s not clear what the budget is yet, but I’m really trying to get that to happen.

BYT: What events do you have planned so far?

Orzal: Right now we have this guy, Aristotle Theresa, who is going to talk about how he’s suing D.C. for a billion dollars. He’s suing them for gentrification, but I don’t know the exact details. He’ll talk about it. Uptown Art House is going to do a performance, they’re going to take over the space for a weekend. Then we have ongoing yoga lead by one of the artists, Ananda Joy. Then we have PJ Policarpio, he runs this thing called PAL, which is the Philipnx American Library. He made a selection of books here and he’s going to talk about decolonizing and queering libraries.

BYT: One of the lines I found interesting in your artist statement is that you described this as a sanctuary. How can you create a sanctuary that gives people reprieve from gentrification?

Orzal: I think the environment that developers are building is so focused on consumption. Spaces where people just hang out and feel okay don’t really exist anymore. Everything is based on buying things. In D.C., when I was younger, people would just hang out in the streets, wherever. It just felt more relaxed and now it’s driven by consumption. Hopefully when people come in here they feel like they can just charge their phone, read a book, meet people and be left alone. You’re not going to be asked to buy anything. The art is for sale, but that’s not the point of the show. 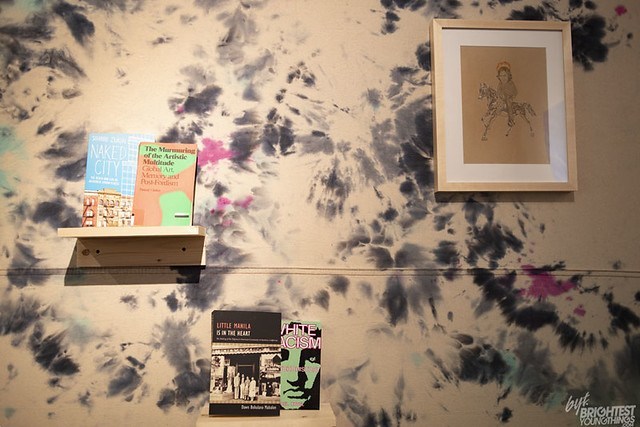 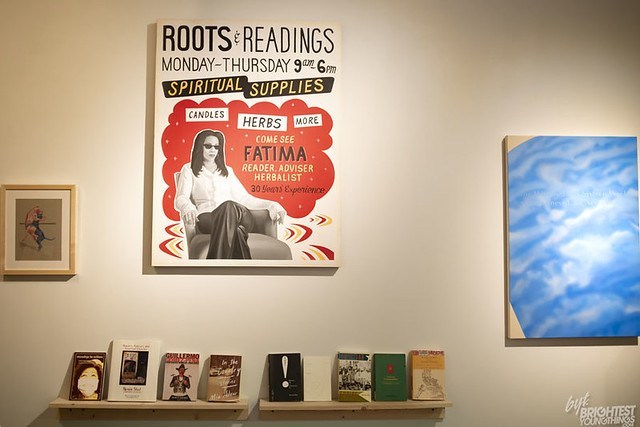 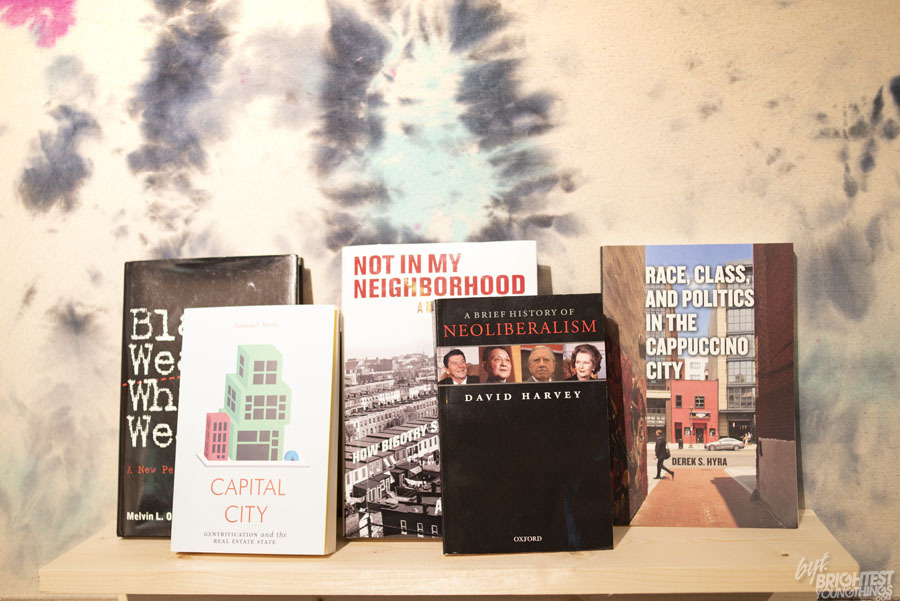 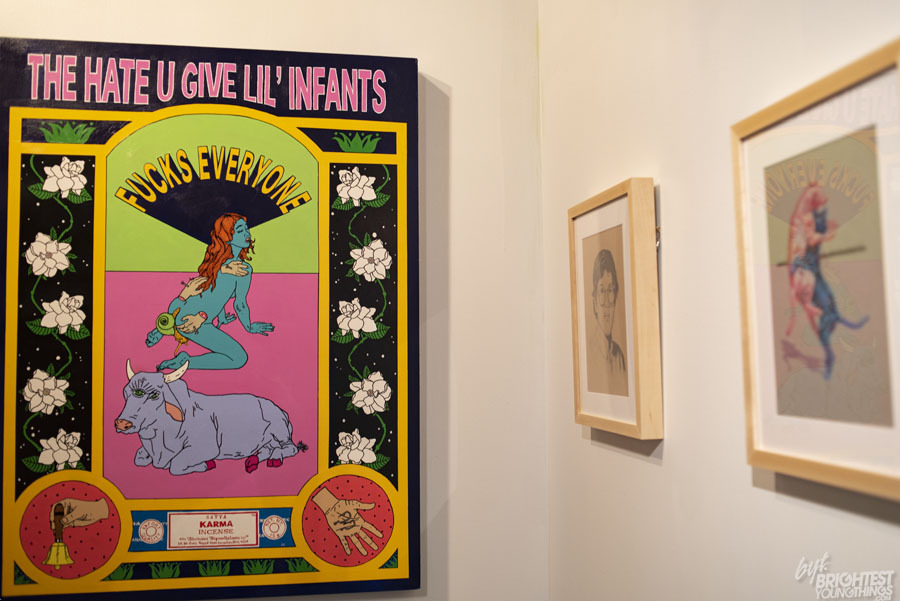 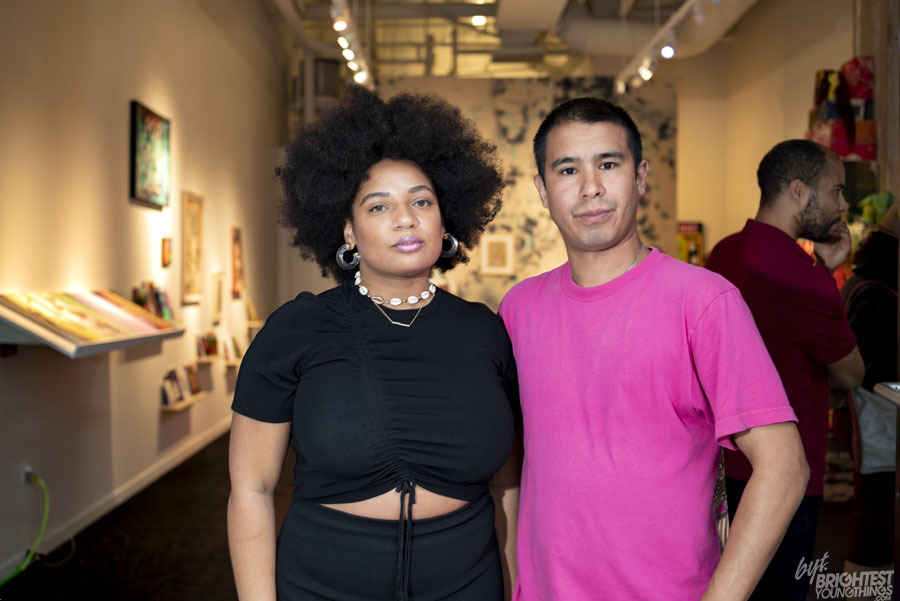 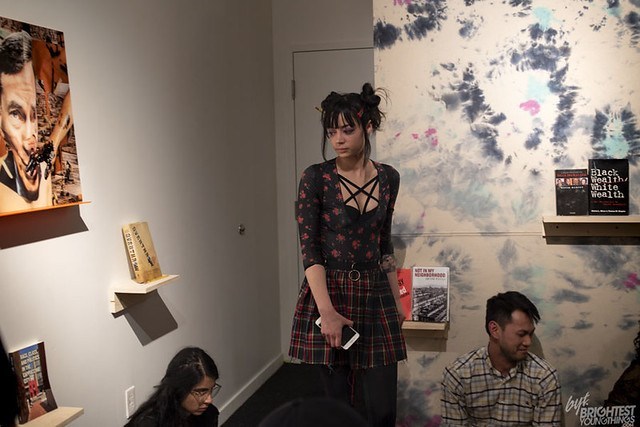 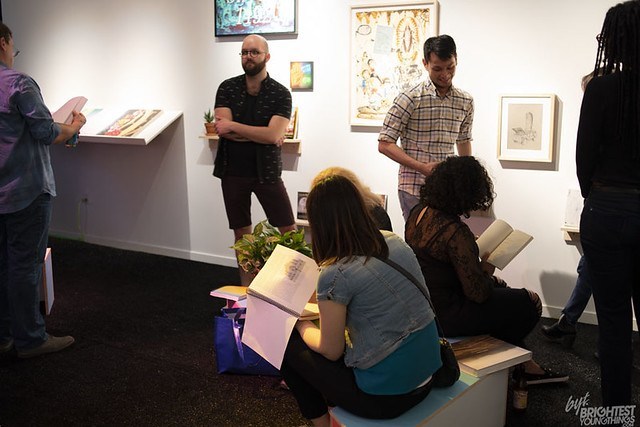 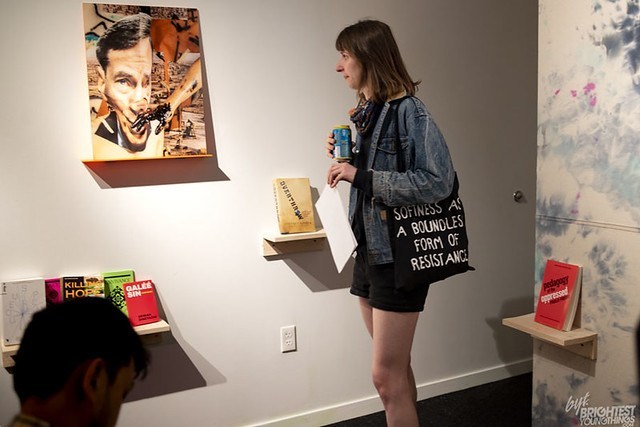 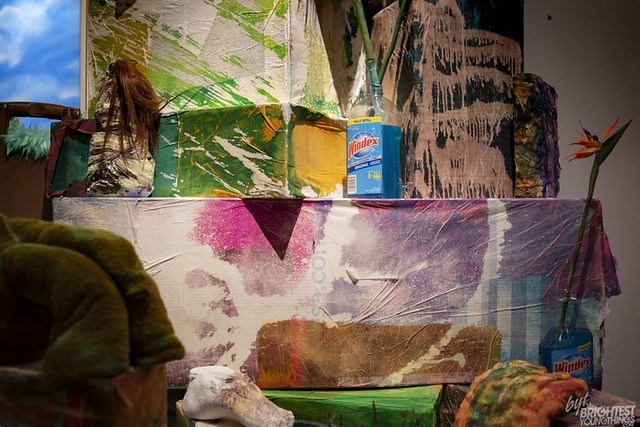