The Artist As Politician 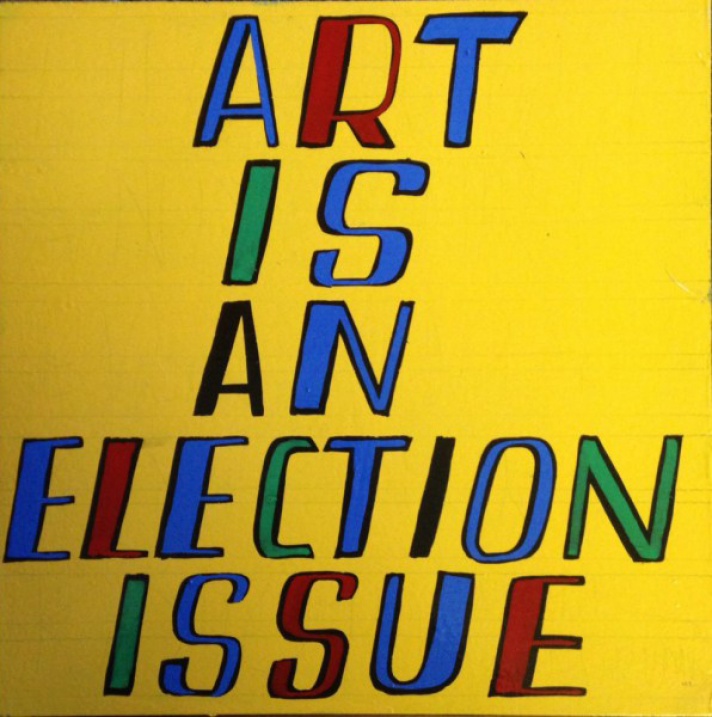 Some kinds of artists make good politicians. Others don't...

Take for example the painter Patrick Brill, aka Bob & Roberta Smith, who founded the Art Party in London in 2013 to unseat a conservative Member of Parliament. Smith's platform called for the reinstitution of recently cut art programs in London's public schools. He won 273 votes.

Edi Rama was more successful. A painter in Paris before he returned to his native Albania, Rama was appointed Minister of Culture, Youth, and Sports, and later elected major of Tirana, Albania's capital city. In 2003, he initiated a massive urban renewal project with the artist Anri Sala that transformed drab, post-communist neighborhoods into massive blocks of vibrant color. In 2013, the country elected Rama Prime Minister.

In just a few weeks, WPA will announce its own candidate for political office, albeit for an office that is more aspirational than real. Between Labor Day and Election Day WPA will be producing a fictitious political campaign - as public art performance.  The gallery will be transformed into an active campaign office to promote the election of D.C.'s first Minister of Culture, on a platform seeking a greater role for artists in cultural planning.

Actors will play the role of the candidate. The public is invited to join as volunteers.

We will campaign around the city advocating on behalf of the city's artists for greater artist representation in city government, increased funding, art programs in the public schools, and an overall greater investment in art movements and forms indigenous to DC, such as Go-Go music.

Are you interested in participating? Anyone who would like to audition for the opportunity should join us Saturday, August 27, 2016, at 2:00 p.m.  Be prepared to cold read a political campaign. For more information, or to RSVP, please contact Peter at pnesbett@wpadc.org.

News
Washington Project for the Arts