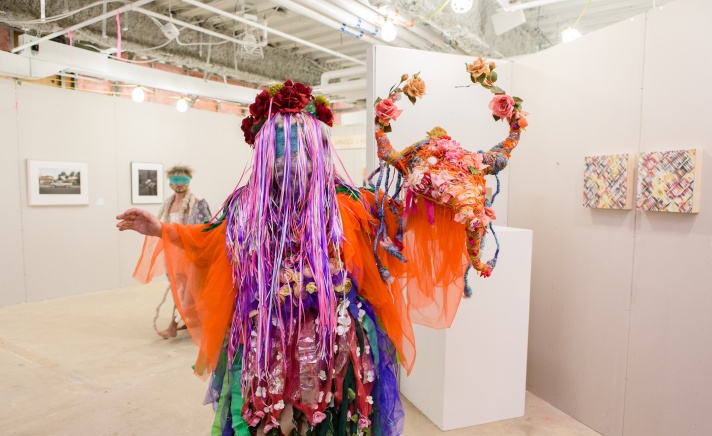 WPA is pleased to announce that ‘sindikit has curated a series of performances to be presented throughout the evening of the Gala, on Saturday, April 1st. The performances will vary from one-time “staged” acts to intermittent interventions. The artists include Christen Clifford, Hoesy Corona, Rick Delaney, Carey Francis, Phaan Howng, and James Mayhew. This is the latest in an ongoing series of collaborations between WPA and ‘sindikit—the Baltimore-based space run by artists Zoë Charlton and Tim Doud. 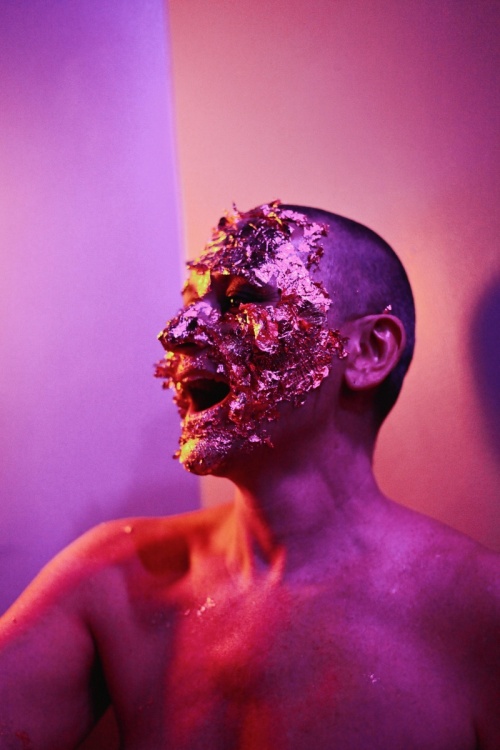 Christen Clifford is a feminist performance artist, writer, curator, mother, and on the faculty of The New School. She has performed at The New Museum, Postmasters Gallery, Judith Charles Gallery, Panoply Performance Laboratory, Grace Exhibition Space, and Joe's Pub, as well as across the US and Canada. She is the recipient of a NYFA Fellowship and her work is in the permanent collection of The New York Public Library for The Performing Arts and The Feminist Art Project. More about her work can be found at christenclifford.info. She lives in Queens and online @cd_clifford.

Hoesy Corona is a multidisciplinary artist and the founding co-director of Labbodies, a nomadic performance art laboratory in Baltimore that creates opportunities for artists working in the arena of performance art to exhibit their work. He is Hoesy Corona and he is also Dr. H. Corona. His alter egos are part of his larger inquiry into who we are and how we construct ourselves and our identities. And how so often those who exist on the margins of society have to change who they are simply to survive. The driving inquiries that run throughout all of his work ask what it means to be a queer latinx in a place where there are few queer latinxs, and the social and psychological ramifications of not seeing oneself reflected anywhere in society. Corona’s unapologetically colorful, sculptural, and performance-based works have appeared at The Baltimore Museum of Art, The Walters Art Museum, Visarts, Transformer DC, Glass House Project, Kern Gallery, Haggerty Museum, and The Brooklyn International Performance Art Festival among others. Corona is the recipient of a 2016 Ruby’s Artist Grant in Visual Arts, a 2013 MSAC Individual Artist Award, and a 2015 Force Pelham Printmaking Residency. He has been awarded a Light City 2017 commission, a Winter 2016 Neighborhood Lights Artist in Residence in Baltimore’s Station North, a Spring 2016 Cafe Con Leche Latino Artist Residency in Pittsburgh, and is a current CHM Sculpture Park Fellow in Baltimore.

Rick Delaney has been a visual artist for over 25 years. He earned his MFA in Printmaking at The University of Texas at Austin in 1998, and his BFA at Florida State University in 1995. Communication is a primary focus in his artwork. His practice involves video, sound, installation, performance, animation, collaboration, and writing. His work explores biography and autobiography through the layering of factual and fictional memories and utilizing multiple documentary methods. He positions himself as a spectator or a participant, depending on how particular events are remembered or encountered. Delaney was a founding member the performance group Army of Clowns (1998-2010), Circus of Fools (1996-98), and St. Moist (1988-92). The collaborative groups combined film, video, music. and audio in theatrical settings. Currently, he is a professor at MICA and Goucher College in Baltimore.

Carey Francis is an artist who makes representational paintings drawn from her personal life stories that reference historic events through real life experiences. She employs an intimate quality in her work through oil collage paintings, creative writing, spoken words, and performance art. Francis displays astonishing variety of painterly works that engage the viewer to become a part of her experiences. The “lineage through medium is traditionally lined with monoculture and elitism”; painting, poetry and performance art. Francis states. The energy level that Francis has is valiant, expresses, narrative, representational, and symbolic in the form of imagery Born in Austin Texas, 1960. Carey’s Life experience are meant to be shared.

Phaan Howng is an American born Taiwanese who received her MFA from Maryland Institute College of Art in the Mount Royal School of Art in 2015 and her BFA in Painting from Boston University in 2004. Howng has been an Artist in Residence at Vermont Studio Center and has shown her work throughout the East Coast and Canada. She currently resides and works in Baltimore. Using cinematic sized landscape paintings, sculptures, and installations, Howng stages the sublime and formidable beauty of an Earth post-humanity to initiate a dialogue about the current crises of world ecology and of the Anthropocene epoch. She coins this term as an “optimistic post-apocalypse.” Her work is influenced by her sympathy for nature and disappointment towards humanity’s inability to stop their path of ecological destruction as everyone slowly spirals their way towards extinction. In Howng’s most recent body of work, she imagines the idea of post-nature in intensive unnatural colors combined with modern day warfare tactics such as camouflage, creating environments that hide itself within itself to confuse any unwanted future colonizer.

Jaimes Mayhew is an artist and educator based in Baltimore. His artwork is collaborative, interdisciplinary, and concerned with ecological systems, which includes relationships in SLGBTQI+ communities, queering, and public space. His work has been shown at The Baltimore Museum of Art, Arlington Arts Center, Eyebeam, MassMOCA, Conflux Festival, The Chapel of St. Cecilia, The Red Dawns Festival, This Is Not a Gateway, 808 Gallery, The Transmodern Festival, Goucher College, Porch Projects, Hoffmannsgallerí, among others. Mayhew received a BA in Film (cum laude) from Emerson College (2006), and after working in community access television for a year, moved to Baltimore to complete an MFA in Imaging and Digital Arts from University of Maryland Baltimore County (2010). Mayhew is the recipient of several awards and grants, including the Baltimore Museum of Art Commons Collaboration (2016-17), Maryland State Arts Council Individual Artist Award (2015), a Fulbright Fellowship in Iceland (2011-12), a Provisions Library Research Fellowship (2014), and a Parks and People Community Greening Grant (2008).

Pangelica, Sidney Hall is the music producer behind Pangelica. A classically trained violist, her production at its infancy began with arranging classical pieces of her favorite Romantic composers. After being introduced to Digital Audio Workstations (DAWs), she exchanged pencil and staff paper for Virtual Studio Technologies (VSTs) and synthesizers. This shift of mediums is what would eventually give birth to the hyper-Romantic Synthpop sound of Pangelica.

‘sindikit is a project space created to support experimental work, to promote practice-based research, and to foster art-centered conversations. It is run by the artists Zoë Charlton and Tim Doud.

Zoë Charlton was born in Tallahassee, Florida, in 1973, and lives and works in Baltimore, Maryland. Charlton received her MFA degree from the University of Texas at Austin and her BFA from Florida State University in painting and drawing. She has participated in residencies at the Skowhegan School of Painting and at The Creative Alliance in Baltimore, MD. Her work has been included in national and international group exhibitions including the Contemporary Art Museum (Houston, TX), the Studio Museum of Harlem (NYC, NY), the Zacheta National Gallery of Art (Warsaw, Poland), Haas & Fischer Gallery (Zurich, Switzerland), Clementine Gallery (NYC, NY) and Wendy Cooper Gallery (Chicago, IL). Charlton's work has been reviewed in ARTnews and Art in America. Previous experiences range from being an animator for Flat Black Films in Austin, Texas to teaching positions at Missouri State University (MO) and Southwestern University (TX). She is an Associate Professor of Art at American University in Washington, DC.

Tim Doud graduated from Columbia College with a BS in Painting and Drawing and the School of the Art Institute of Chicago with an MFA in Painting and Drawing. He attended Skowhegan School of Painting and Sculpture in Skowhegan, Maine. Priska C Juschka Fine Art in New York, NY and Galerie Brusberg, Berlin, Germany represent him. He has had solo shows at MC Magma in Milan, Italy, The Chicago Cultural Center in Chicago, IL and Art Basel in Basel Switzerland. He has received grants from The National Endowment for the Arts (Arts Midwest), the Marie Walsh Sharpe Art Foundations and The Pollock Krasner Art Foundation. His work has been featured in group shows at PS1 (MOMA) in New York City, The Corcoran Gallery of Art in Washington, DC, Artists Space in New York City and the Frye Art Gallery in Seattle, Washington and Art Basel, Basel, Switzerland.