There Are No Shadows Here: The Perfect Moment at 30

There Are No Shadows Here: The Perfect Moment at 30 is a multi-part project comprising a photographic exhibition, a series of lectures and roundtable discussions, a film screening, and an experimental publication. The project aims to provoke new conversations around those aspects of Robert Mapplethorpe's life and practice that have been pushed to the periphery by recent institutional legacy-building activities.

WPA invited McClodden to curate this project on the 30th anniversary of its presentation of Robert Mapplethorpe: The Perfect Moment (July 20 - August 13, 1989). That exhibition, which was organized by the ICA in Philadelphia, had been scheduled to travel to the Corcoran Gallery of Art but was canceled for fear of "adversely affect[ting] the NEA's congressional appropriations," according to Christina Orr-Cahall, the Corcoran's Director at the time. WPA agreed to present the show less than 24 hours after it was canceled. Its swift actions set an example of how arts organizations can pro-actively create -- and defend -- space for art that might be considered controversial but is worth consideration.

Tiona Nekkia McClodden is a visual artist, filmmaker, and curator whose work explores and critiques issues at the intersections of race, gender, sexuality, and social commentary. She is a 2019 Whitney Biennial artist and recently collaborated on the Stonewall 50 Celebration at the Whitney Museum of American Art. McClodden's interdisciplinary approach traverses documentary film, experimental video, sculpture, and sound installations. She has exhibited and screened work at the Institute of Contemporary Art in Philadelphia, Museum of Modern Art, Whitney Museum of American Art, MOCA LA, MCA Chicago, and MOMA PS1, among others. McClodden has been awarded the 2019 Guggenheim Fellowship in Fine Arts, the 2018-19 Keith Haring Fellow in Art and Activism at Bard College, the 2017 Louis Comfort Tiffany Foundation Award, and the 2016 Pew Fellowship in the Arts in Philadelphia. She lives and works in North Philadelphia and is represented by Company Gallery in NYC.

Alex Fialho is a curator and art historian who will begin a PhD program in the History of Art and African American Studies at Yale in the Fall. Fialho worked for five years as Programs Director of the New York-based arts non-profit Visual AIDS, facilitating projects around the history and immediacy of the ongoing AIDS crisis, while intervening against the widespread whitewashing of HIV/AIDS cultural narratives. As an Oral Historian for the Smithsonian Archives of American Art's Visual Arts and the AIDS Epidemic: An Oral History Project, Fialho conducted extensive oral histories with fifteen cultural producers including Ron Athey, Gregg Bordowitz, Nan Goldin, Lyle Ashton Harris, and Julie Tolentino. Fialho is also a frequent contributor to Artforum, and his writing has been published in exhibition catalogs for the Whitney Biennial 2019 and Black Refractions: Highlights from the Studio Museum in Harlem, among other museum publications.

Mia Kang is a PhD student in the History of Art at Yale University. Her work focuses on the contested rise of multiculturalism in the United States, examining the mixed legacies of 1960s social movements in art institutions and the academy. Her research interests include critical race studies, queer studies, affect studies, and historiography. Kang is also a community arts administrator and poet, with recent work appearing in POETRY, PEN America, Washington Square Review, and more. She was named winner of the 2017 Boston Review Poetry Contest, and she is the recipient of an Academy of American Poets Prize, among others. She can be found at www.miaadrikang.com.

Oluremi C. Onabanjo is a curator and scholar of photography and the arts of Africa. The former Director of Exhibitions and Collections for The Walther Collection, she has organized exhibitions in Europe, North America, and Africa. In 2017, she co-curated Recent Histories: Contemporary African Photography, which was shortlisted for an ICP Infinity Award in Critical Writing and Research and named One of the Best Photo Books of 2017 by The New York Times. Onabanjo lectures internationally on photography and curatorial practice, and has contributed to catalogues and photo books published by 10x10 Photobooks, the American Federation of Arts, Aperture, Autograph ABP, The Museum of Modern Art, The Studio Museum in Harlem, and The Walther Collection, amongst others. Onabanjo is a PhD candidate in Art History at Columbia University and Visiting Critic in the Department of Fine Arts at the University of Pennsylvania. She holds an MSc in Visual, Material, and Museum Anthropology from Oxford University, and a BA in African Studies from Columbia University.

This and other WPA projects are made possible by the DC Commission on the Arts and Humanities, which receives support from the National Endowment for the Arts; Bloomberg Philanthropies, The Morris & Gwendolyn Cafritz Foundation, The Andy Warhol Foundation for the Visual Arts, Hickok Cole Architects, and many other generous foundations, corporations, and individuals. 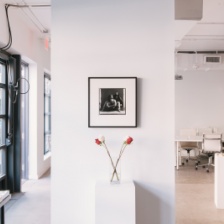 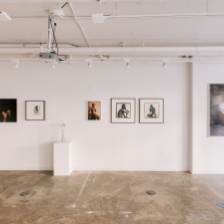 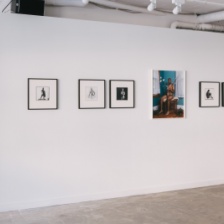 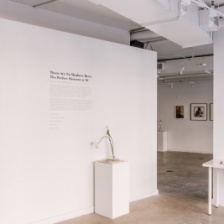 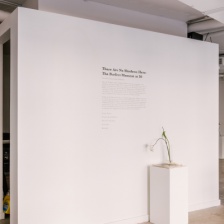