For this virtual exhibition and series of programs, co-curators Fabiola R. Delgado and Faride Mereb explore the cultural influence of the largest recorded refugee crisis in the Americas--the forced migration of six million Venezuelans from their homeland over the past fifty years. The project uses the book “The Private Life of Rag Dolls” by Aquilez Nazoa as a metaphorical "table" to gather around for a conversation between the co-curators and artists from Venezuela and its diaspora. R. Delgado and Mereb bring to the table questions about how this story of exile is told and how words like "mestizaje", a concept deeply ingrained in Venezuelan collective psyche to describe assimilation, gain new meaning when home is somewhere new.

Stay tuned for more details and program dates to be announced soon! 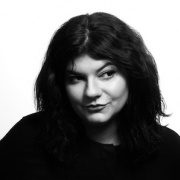 Faride Mereb is a Venezuelan artist, award-winning book designer, teacher, researcher, and founder of publishing house Ediciones Letra Muerta. She currently lives in NYC with her husband, where she teaches, designs. Mereb is a visiting scholar at Columbia University exploring North and South Americas' hybridity through its printing and book history. 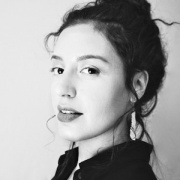 Fabiola R. Delgado is a Venezuelan Human Rights Lawyer turned independent curator. She was the youngest Amnesty International Regional Manager, installing the first chapter of the organization in her state of Carabobo at age 19, but her activism in Venezuela proved too dangerous, forcing her to seek political asylum in the United States where she dedicates herself to finding justice through artistic and cultural expressions. She strives for thought-provoking and imaginative projects that bring forward different perspectives, ignored, and forgotten stories.