Six weekends of talks and workshops on the Anthropocene

NATURA NATURANS is an artist-driven educational experiment that consists of lectures, workshops, field trips, and an exhibition exploring our changing understanding of nature in the Anthropocene. Curated by artist Anne-Sophie Coiffet, based between DC and Paris, this twelve-week project examines topics as varied and interrelated as the co-mingling of natural and human objects and systems, securing legal status for ecosystems, silent places and acoustical trash, genetically modified crops and butterflies, space junk and oceanic micro-plastic, and more. All Friday-night lectures are free and open to the public. Participation in the weekend workshops or field trips requires advance sign-up and attendance at the previous Friday’s lecture. Additional details follow.

From natura naturata (i.e., “nature natured” – nature as a passive matter) to natura naturans (i.e., “nature naturing” – nature as self-generating matter), the concept of “nature” has oscillated throughout the course of human history. This oscillation has accompanied the development of technologies that question the concept of creation itself. The Anthropocene defines an epoch dating from the beginning of the large-scale impact of human activities on the Earth’s ecosystems. Since the industrial era, the environment has been particularly impacted, transformed with the considerable accumulation of human artifacts. The ecological crisis reminds us of the contingency and the danger of large-scale transformations: if humans have been able to shape the world, that transformation, in turn, impacts our future. Despite various attempts to ignore climate change, we are now experiencing its consequences. As artists, scientists, and activists (inhabitants of Earth), our increased awareness of this phenomenon should encourage a rapid response that affords nature greater rights.

NATURA NATURANS is structured as six sessions, grouped under three overarching themes: Nature/Culture, Visible/Invisible Pollution, and To Create / To Transform. The sessions are comprised of a Friday evening lecture followed by a Saturday or Sunday workshop or field trip. All events are at WPA, 2124 8th St NW, unless otherwise noted. Registration is now open. Lectures are free and open to the public, workshops and field trips cost $10, with the exception of the kayaking field trip which will cost $30.

“Nature” and “wilderness” are cultural representations: they are reflections of our own desires and phantasms. Despite their meanings and differences, these concepts both refer to what is non-human. The evolution of these notions reflects our relationship with the world. Are the notions of “nature” and “wilderness” helpful when thinking about our relationship with the environment or are they restrictive and outdated concepts? What happens when parts of nature become legal entities? How do we discuss the notion of “property” in the Anthropocene? How do we evaluate our moral responsibility for climate change? How do non-human made objects raise ethical questions about their legal statuses in our contemporary society?

Human artifacts sometimes escape human control, interacting with the environment in ways that question the dichotomy between nature and culture. From abandoned materials to improvised habitats, these collaborations stimulate new interactions and illustrate the possibility of life in “capitalist ruins”. They gradually generate their own rules, construct new architectural forms through a variety of transformations, and they create new venues for life, enjoyment, and recycling. New kind of architectonics can provide a conceptual framework to re-think our relationship with the environment. How do artifacts and non-man-made objects produce new — and sometimes unexpected — partnerships?

Human noises affect wildlife. Scientific research has been conducted to show and to measure its impact on aquatic life (mammals, oysters, etc.). Acoustic transformations in nature tell us about the ecological impact of humans and climate change. What is acoustical trash? How do we measure its effects on the ecosystems? Quiet zones are places not disturbed by human noises, where we can listen to the non-human world. The United States National Radio Quiet Zone is an area in West Virginia where authorities limit all radio transmissions for scientific purposes. In the late 1960s, Bernie Krause started a bioacoustic catalog containing over 4,500 hours of wild soundscapes (aquatic and terrestrial). Half of the natural soundscapes are from habitats that either no longer exist, are radically altered because of human endeavor, or that have gone altogether silent. What is a silent place: a quiet place with no human noises or a soundscape losing its diversity?

The Great Pacific Garbage Patch (GPGP) is the largest of the five offshore plastic accumulation zones in the world’s oceans. It covers an estimated surface area of 1.6 million square kilometers and its mass is estimated to weigh 80,000 tons. It is also estimated that 1.15 to 2.41 million tons of plastic are entering the ocean each year from rivers.

The term space debris originally refers to the natural debris found in the solar system. However, it also describes the debris from the mass of defunct, artificially created objects in space, especially in Earth’s orbit. These include old satellites and spent rocket stages, as well as the fragments from their disintegration and collisions. In 1957, Sputnik brought to space the first pieces of space junk. In January 2019, more than 128 million bits of debris smaller than 1 cm, about 900,000 pieces of debris 1–10 cm, and around 34,000 of pieces larger than 10 cm were estimated to be in orbit around the Earth. What are the technical, economic, and legal aspects of the orbital debris?

theme: TO CREATE / TO TRANSFORM

Man-made objects question the notions of “nature” and “culture”. They also question the notion of “creation” itself, as humans have developed technologies capable of editing the DNA of living organisms. From genetically modified plants and animals to gene editing on humans, scientists are now able to modify the whole ecosystem. Will science and creativity become a tool to face – for example - climate change? Will animals, plants, and humans be obsolete in the future? How will the concepts of partnership and power be redefined? How is technology transforming the world?

The International Dark Sky Places (IDSP) Program was founded in 2001 to encourage communities, parks, and protected areas around the world to preserve and protect dark sites through responsible lighting policies and public education. Light pollution is a macroscopic phenomenon which will transform the history of astronomy for the next generations. The sky has been gradually re-shaped by luminous objects set in orbit in the last century: satellites, planes, artifacts. How will our representation of the sky change as humans populate it with more and more luminous artifacts?

Luminous artifacts in the Universe: Reality or Fiction
Lecture with Kevin B. Marvel, American Astronomical Society
Friday, November 22, 7:30–9pm
Representing the Celestial
A movement workshop with Tom Di Liberto, Margot Greenlee, and Dance Exchange
Presented in partnership with the Cultural Programs of the National Academy of Sciences (CPNAS)
Saturday, November 23, 2–3:30pm
Note: The event will take place in the National Academy of Science’s Great Hall 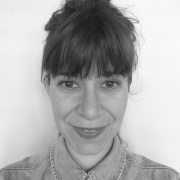 Anne-Sophie Coiffet is a French artist and a visual art teacher based in Washington, DC. She has a Bachelor’s degree in literature and the history of art, and Masters degrees in theater. She has worked at various cultural institutions and art publications in Sicily, London, Spain, and France. Currently, she is working toward a Ph.D. in aesthetics while also producing multidisciplinary projects with her association Tropism.

This and other WPA projects are made possible by the DC Commission on the Arts and Humanities, which receives support from the National Endowment for the Arts; Bloomberg Philanthropies, The Morris & Gwendolyn Cafritz Foundation, The Andy Warhol Foundation for the Visual Arts, Hickok Cole Architects, and many other generous foundations, corporations, and individuals. 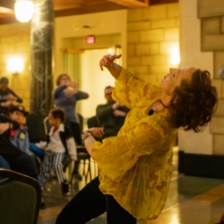 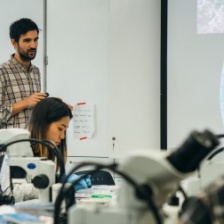 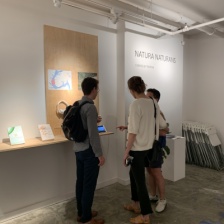 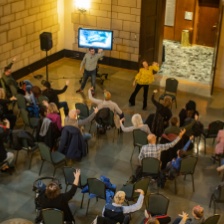 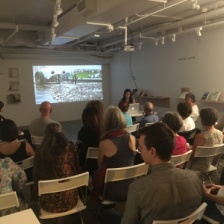 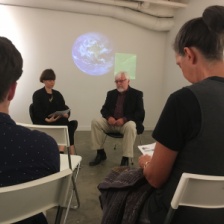