Hedonist Buddhist transforms an exclusionary retail environment in Shaw into a solution-oriented community space that provides sanctuary for people feeling the consumptive pressures of gentrification, the loss of cultural connection, and the inevitability of displacement.

This show responds to the rise of gentrifiers who have imposed a new consumptive lifestyle upon several historically marginalized neighborhoods in DC. In Shaw, over the last thirty years, the process of gentrification has forced longtime residents out. As housing prices have soared 500% higher and average incomes have tripled, the neighborhood’s African-American population has plunged by nearly 40%. The process continues to hurt families, erase history, and transform DC block-by-block into an amnesiac wasteland of conspicuous consumption amidst drastic social inequality.

While Hedonist Buddhist is grounded in a particular DC neighborhood, gentrification must be understood as a global problem connected to a colonial understanding of power and its right to grant privileges to some through the exploitation of others. The artists in this show interrogate ideas related to their respective histories in relation to the imposition of this class-based racialized hierarchy. Alongside their artworks, the exhibition presents a collection of books elaborating these fraught histories. By examining our own disparate narratives, and pursuing a dialogue rooted in a global collective struggle, like-minded allies will find opportunities to cultivate new methods of resistance.

Demian DinéYazhi ́is a Portland-based transdisciplinary artist born to the clans Naasht’ézhí Tábąąhá (Zuni Clan Water’s Edge), and Tódích’íí’nii (Bitter Water) of the Diné (Navajo). Their work is best understood through the lens of curatorial inquiry, zine production, street interventions, education, workshops, & transdisciplinary methods of art production. DinéYazhi’ received their BFA in Intermedia Arts from Pacific Northwest College of Art in 2014. They are the founder & director of the artist/activist/warrior initiative, R.I.S.E. (Radical Indigenous Survivance & Empowerment), as well as the creative director of LOCUSTS: A Post-Queer Nation Zine.

Eliseo Angel Casiano is a Chicano painter and Oklahoma native. Through the creation of re-imagined portraiture, he interprets biographical events that examine representations of race, family relationships, and his own maneuverability through a space of otherness. He received his Bachelor of Fine Arts in painting from East Central University and his Master of Fine Arts from Louisiana State University. Casiano created a scholarship fund at East Central University in his mother’s name that provides an annual stipend for a women or non- binary person of color in the studio arts program. His paintings have been shown widely across the United States, including the Ogden Museum of Southern Art. He was a recent fellow at the Vermont Studio Center and his work was featured in the summer issue of New American Paintings, No. 136. He is currently based in Tucson, AZ.

PLAKOOKEE (plah-koo-key) is a creative collaboration between Justin Plakas and Rachel Debuque. They are artists and designers who combine a mix of sculpture, installation, performance, video, and photographic imagery. Their work often incorporates synthetic and man made materials in bold colors and patterns that push the boundaries of design, space, and form with a digital approach. Drawings and sculptures are digitized into fictional worlds and vice versa. PLAKOOKEE is interested in how accessible expressions of humor and absurdity can defy traditional art paradigms. They look to create experiences that can exist outside the conventional gallery settings whether it is through augmented reality apps, web based videos, or multidisciplinary convergence.

Sheida Soleimani is an Iranian-American artist based in Providence, Rhode Island. Soleimani makes work that combines photography with sculpture, collage, and film to highlight her critical perspectives on historical and contemporary socio-political occurrences. Soleimani’s work critiques the Eurocentrism that pervades the study of art and art history. She is specifically interested in the intersections of art and activism, as well as how social media has shaped the landscape in current political affairs and uprisings. Her work has been recognized internationally in both exhibitions and publications such as Artforum, New York Times, Huffington Post, Interview Magazine, VICE, among many others. Recent solo exhibitions include Medium of Exchange at Contemporary Arts Center (Cincinnati), Atlanta Contemporary (Atlanta), CUE Arts Foundation (New York) and Edel Assanti (London). In 2019 she will have solo exhibitions at Library Street Collective (Detroit) the Southern Utah Museum of Art (Cedar City), Andrew Rafacz Gallery (Chicago, IL) and will participate in the deCordova Biennial. She is currently Assistant Professor of Photography at Brandeis University.

April Steele is a multidisciplinary fine artist, teacher, humanist, and activist who shares a responsibility in exposing the dire necessity of honest creativity, freedom of expression, and analytical reason. After graduating in 2005 with a BFA in printmaking from Tyler School of Art, April went on to receive a MFA in 2015 from Norwich University of the Arts. Currently in the MAT program at Maryland Institute College of Art, April is exploring what it means and to be a non-binary, white, abolitionist art teacher, and how they can best be an ally, and co-conspirator for their students and colleagues, as well as, those in their community in the city of Baltimore.

Renée Stout grew up in Pittsburgh and received her BFA from Carnegie-Mellon University in 1980. Immediately after moving to DC in 1985, she began to explore the spiritual and cultural roots of her African American heritage through her increasingly sculptural works, which found their early inspiration in the aesthetics and philosophy of Kongo ritual objects. This body of work would lead to her becoming the first American artist to have a solo exhibition in the Smithsonian’s National Museum of African Art. Inspired by the African Diaspora, historical and current world events, the effects of technology on human interactions, as well as everyday life in her DC neighborhood. Stout now creates in a variety of media, including painting, drawing, mixed media sculpture, photography, and installation. She has been the recipient of awards from the Pollock-Krasner Foundation, the Joan Mitchell Foundation, the Bader Fund, the Louis Comfort Tiffany Foundation, the Gottleib Foundation, and Anonymous Was A Woman. She was also the recipient of the Driskell Prize, awarded by the High Museum of Art and the Sondheim Award from the Baltimore Office of Promotion and the Arts. Most recently, she was awarded a Lifetime Achievement Award from the Women’s Caucus for Art. Stout’s work can be found in many museums and private collections, nationally and internationally, including the Smithsonian’s new National Museum of African American History and Culture.

Monsieur Zohore is a Ivorian-American artist based out of New York and Baltimore. With painting, performance and curation he generates self contained critique of himself and everyone around him, simultaneously themselves and outside of themselves. He received his BFA from the Cooper Union in 2015 and is now an MFA at MICA.

about the artist curator

Joseph Orzal is a Filipino-Mexican-American artist, curator, and serial collaborator from Washington DC. He received his BFA from the Corcoran College of the Art in 2010 and has been actively exhibiting since then. His works combine physical and emotional observations of the human state and mine the palpable yet unspoken intricacies of racial, sexual, and class distinctions in Western societies. After his glorious departure from the Corcoran Gallery of Art, amidst his involvement with the Save the Corcoran group, he co-founded NoMüNoMü—an intersectional artist collective and curatorial platform in Washington DC working towards liberation from the perpetual systems of oppression and class domination that permeate throughout the artworld.

This project was generously funded by an anonymous donor, De Novo Gallery, and Maryland Institute College of Art (MICA). Washington Project for the Arts receives support from the DC Commission on the Arts and Humanities, which receives support from the National Endowment for the Arts; Bloomberg Philanthropies, The Morris & Gwendolyn Cafritz Foundation, The Andy Warhol Foundation for the Visual Arts, Hickok Cole Architects, and many other generous foundations, corporations, and individuals. 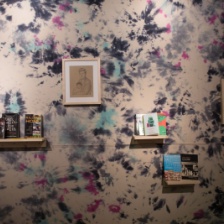 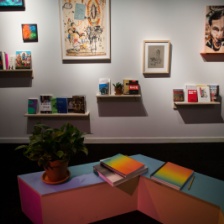 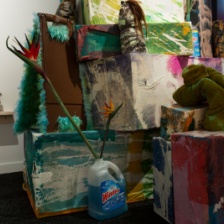 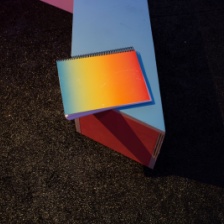 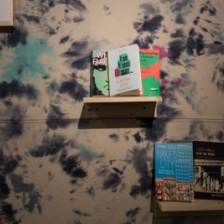 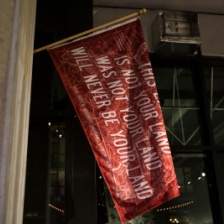 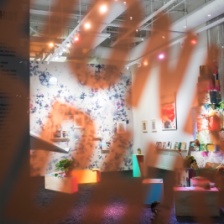 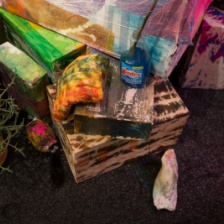 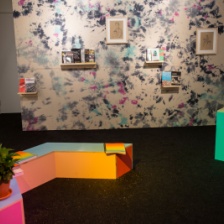