Alt(e)r Call | No Church in the Wild

ALT(E)R CALL | NO CHURCH IN THE WILD brings together national and international artists, scholars, activists, and cultural producers to address socio-political issues relating to race, gender, sexuality, and freedom dreams.

This project explores historical and contemporary notions of being Black LGBTQ and free through the use of contemporary art, including, painting, photography, film, sculpture, and installation, as well as music, historical texts, archives, and ephemera. “The participants are freedom fighters. Their work intervenes and interrupts the traditional portraiture of black liberation leaders. They are suggesting, ‘no one’s free until we are all free,’” notes Ash Lynch, an MFA Candidate in Curatorial Practice at Maryland Institute College of Art (MICA) and PhD Candidate in African Studies at Howard University.

The exhibition will open in conjunction with MICA Grad Show 2018, which showcases the culminating work of more than 150 of MICA’s graduate students from the College’s internationally renowned programs through ground breaking exhibitions, presentations, and public programs.

Adejoke Tugbiyele is a New York based award winning, queer, black artist and advocate. Tugbiyele’s works are charged with symbolic meanings that bridge and layer historical, cultural and political ideas around race, gender, and sexuality with that of class, economy, sex-politics and religion. She was a featured participant in CultureSummit 2017 - Abu Dhabi, is a recipient of the 2016 Joan Mitchell Painters and Sculptors Grant. Her work can be found in the corporate collections of The Brooklyn Museum, Leslie-Lohman Museum of Gay and Lesbian Art, and National Museum of African Art, Smithsonian Institution.

S. Rasheem is a self-taught mixed media artist. She is originally from Florida and moved to Baltimore, Maryland in 2009. Centralizing her work on the lives and experiences of marginalized populations, Rasheem is a womanist artist whose art encourages a critical examination of society and culture through the lens of race, gender, sexuality, and class. In the summer of 2017, as the lead artist with Jubilee Arts, she completed a four part mural entitled “Black Matter.”

Zanele Muholi is South African artist and visual activist. She was born in Umlazi, Durban and she lives in Johannesburg. She studied Advanced Photography at the Market Photo Workshop in Newton, Johannesburg, and in 2009 complete an MFA in Documentary Media at Ryerson University, Toronto. For over a decade she has documented black lesbian, gay, bisexual, transgender and intersex people’s lives in various townships in South Africa. Muholi’s work has been exhibited at Documenta 13, the South African Pavilion at the 55th Venice Biennale; and the 29th Sao Paulo Biennale. Solo exhibitions have taken place at institutions including Autograph ABP, Brooklyn Museum, and London: the Mead Art Museum.

Omar Thomas was born to Guyanese parents in Brooklyn, New York. In 2006, Omar moved to Boston to pursue a Master of Music in Jazz Composition at the New England Conservatory of Music. He is the protege of composers and educators Ken Schaphorst and Frank Carlberg. For his work, Omar was named the 2014 Lavender Rhino Award recipient by The History Project, as an up-and-coming activist in the Boston LGBTQ community. He currently serves on the Board of Directors for the International Society of Jazz Arrangers and Composers (ISJAC).

Seyi Adebanjo is a queer gender-non-conforming Nigerian media artist based in New York. At the intersections of art, media, imagination, ritual and politics, Seyi’s work raises awareness around social issues. Seyi is on the faculty of New York University’s Tisch School of Arts, Special Programs, Open Arts, where they teach the integration of arts/culture with the theories and practices of social change. They have exhibited at that the Leslie-Lohman Museum of Gay and Lesbian Art and a fellow with Queer/Art/Mentorship.

Myles S. Golden is a black gender-non-conforming trans-femme visual artist and poet. He was raised in Hampton, Virginia and is currently residing in New York City. Using photography, poetry, and zine-making, Golden’s work focuses on what it means to be black as an antithesis to whiteness, while also interrogating race and gender. Golden is a 2018 Winter Tangerine Fellow and 2017 Pink Door Fellow. Their work has been featured on Offing, i-D Interview Magazine, the Nathan Cummings Foundation, and Photoville.

Sisipho Mandy Ndzuzo is from Mbekweni Cape Town, South Africa. As a trained violinist from the Frank Piertesen Music Centre, the musician and dancer has performed for civil rights historical figure Nelson Mandela and was recognized as one of South Africa’s best LGBTQ performers and activists. She has participated in ‘Face and Phases: Our Queer Black Aesthetics in South Africa,’ a project of Zanele Muholi and Performa 17, founded by art historian/curator Roselee Goldberg. Her work also includes performing at diverse cultural venues such as The Leslie-Lohman Museum of Gay and Lesbian Art, The Bronx Museum of the Arts and Stonewall Inn.

Kai M. Green is a scholar, poet, activist, and filmmaker. He is currently an Assistant Professor of Women’s, Gender, and Sexuality at Williams College. His scholarship combines art and artivism to query forms of self-representation and communal political mobilization by Black LGBT persons in the urban context. In 2014, he earned his Ph.D. from the Department of American Studies and Ethnicity with specializations in Gender Studies and Visual Anthropology at the University of Southern California.

Sergio Ignato is a film producer and the brains behind the Brockington documentary. He pitched the story in his senior year in college to his documentary production class. With a team of two others, he ended up reaching out to Blake, who is the focus of the film.

Yoruba Richen is a documentary filmmaker who has directed and produced film in the U.S. and abroad. Yoruba teaches documentary film at CUNY Graduate School of Journalism. Her films have received several awards like Diverse Voices Co-Production fund award and the Creative Promise Award at Tribeca All Access.

Kara Keeling is an Associate Professor in the Division of Cinema and Media Studies in the School of Cinematic Arts and in the Department of American Studies and Ethnicity at the University of Southern California. Keeling’s research has focused on African American film, theories of race, sexuality, and gender in cinema, critical theory, and cultural studies.

Ash Lynch is a black queer transboi abolitionist who uses Hip-Hop as their soundtrack toward Freedom Dreams. They received their MA in History from North Carolina Central University and will graduate on May 12, 2018 with their Ph.D. in African Studies from Howard University. In addition to pursing their doctorate degree they are also an MFA candidate at Maryland Institute College of Art in the Curatorial Practice program. Their aim is to further the human rights discourse of black LGBTQIA+ globally through various art forms and curatorial practice. Their recent work was exhibited at Icebox Project Space in Distance ¹Time, an exhibition curated by Rasheedah Phillips of the Black Quantum Futurism collective. Their protest art made a brief appearance in Ava DuVernay’s film The 13th, and they recently performed at Prince George’s Community College to mark the 50thAnniversary of Dr. Martin Luther King Jr.’s death. Believing in the importance and power of Sankofa, they also served as an adjunct history instructor at Prince George’s Community College, teaching African-American History and Latin American History.

AbouT the MFA in Curatorial Practice

MICA’s MFA in Curatorial Practice prepares students to determine how curators will shape the cultural life of our global society. The first MFA of its kind in the country, this program offers a hands-on curriculum that balances collaboration and socially engaged practices with academic research in history and theory. Students work in a variety of experimental contexts and formats, proposing alternative models of exhibition-making, institution-building, and social justice through art. Designed to forge connections among artists, institutions, and communities, the program brings contemporary art and culture to new audiences, and links local issues to international discourse. By creating real-world collaborative and individual exhibitions, our students raise awareness, bridge societal gaps, and catalyze exchanges across various disciplines, both inside and outside the artworld.

Opening Reception: Saturday, May 5, from 7-9pm 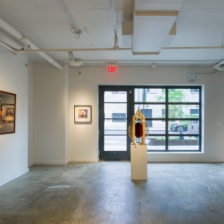 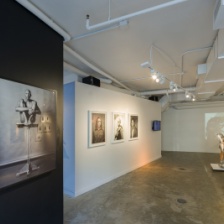 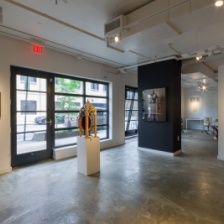 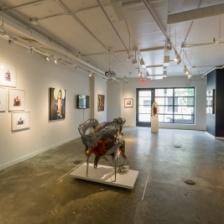 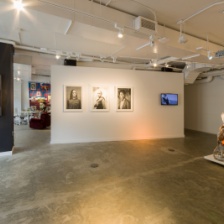 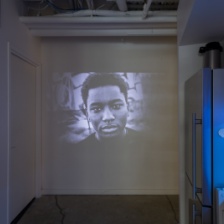