Typically, synchronized swimming demands advanced water skills and requires great strength, endurance, flexibility, grace, artistry, and precise timing, as well as exceptional breath control. At WPA’s SynchroSwim, we celebrate creativity and enthusiasm.  During the one-hour event, 8 artist teams will perform short, unique routines set to musical compositions.  Some may actually be synchronized, but the vast majority will be a free expression of creativity. Past performances have included a biting critique of BP’s role in the Deepwater Horizon Oil Spill, a battle between pollution and Captain Planet's Planeteers, a patriotic excerpt from Fluid Movement’s Star Spangled Swimmer, and even a performance by an actual synchronized swimming team.

This year's performances will be judged by: Dr. Melissa Chiu, Director of the Hirshhorn Museum and Sculpture Garden; Lauren Landau, Host of WAMU's Art Beat; and Doug Yeuell, Director of Atlas Performing Arts Center. The judges will rank the teams on a scale of 1 to 10 in two categories: Execution (the skill and coherence of their concept) and Visual Spectacle (the outrageousness of the team’s costumes and performance). Cash prizes will be awarded in these two categories, as well as for Crowd Favorite, which is decided by audience applause.

DC SYNCHROMASTERS, Team captain Susan Horab leads team members  Kristina Hopkins, AmyJo Foreman, Vicki Valosik, Kathy Navacues, and Chrissy Stabile in a synchronized swimming routine to Meghan Trainor's hit "All About That Bass," reminding us that it's all about what's inside the package, not the wrapping, that counts.

EMZKI, Team captain Emma Goodman O’Rourke features Renee Regan in a performance of “My Life in the Sunshine” with music by Roy Ayers.

WPA is grateful for the support of SynchroSwim 2015 sponsor: 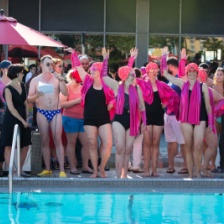 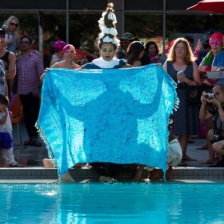 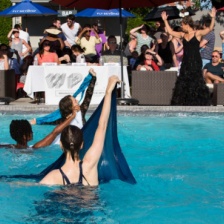 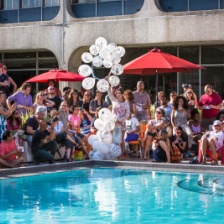 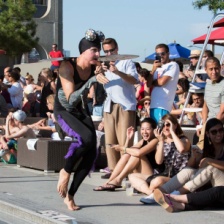 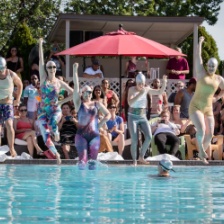 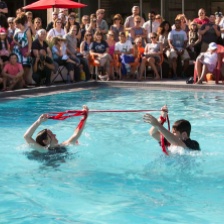 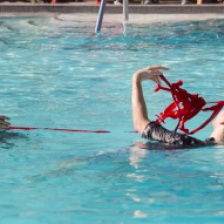 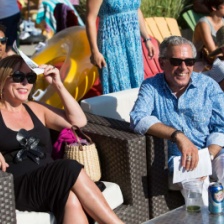 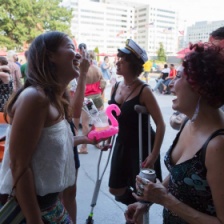 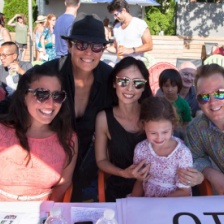 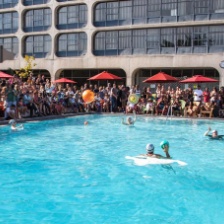 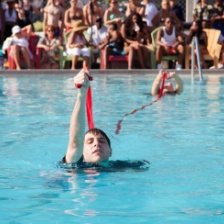 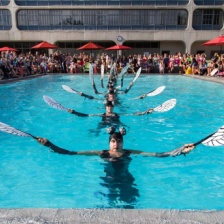 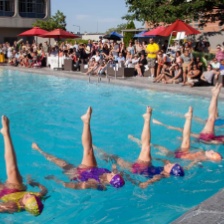 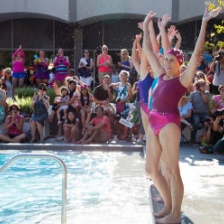 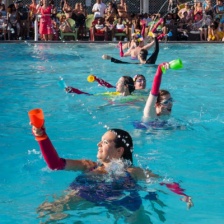 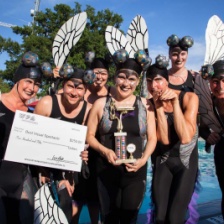 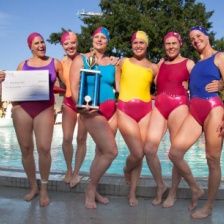