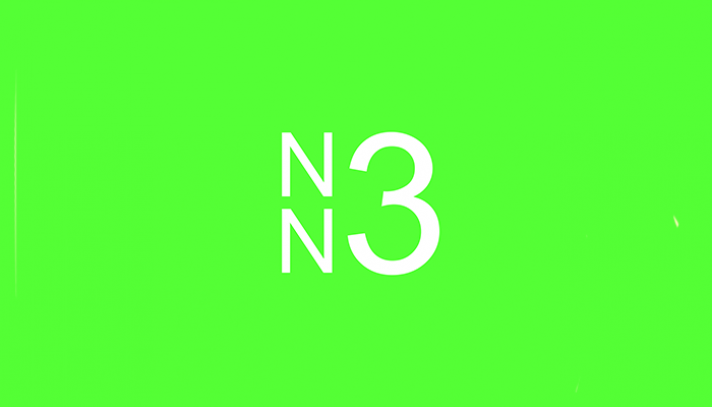 On silence and animal vibrations

Human noises affect wildlife. Scientific research has been conducted to show and to measure its impact on aquatic life (mammals, oysters, etc.). Acoustic transformations in nature tell us about the ecological impact of humans and climate change. What is acoustical trash? How do we measure its effects on the ecosystems? Quiet zones are places not disturbed by human noises, where we can listen to the non-human world. The United States National Radio Quiet Zone is an area in West Virginia where authorities limit all radio transmissions for scientific purposes. In the late 1960s, Bernie Krause started a bioacoustic catalog containing over 4,500 hours of wild soundscapes (aquatic and terrestrial). Half of the natural soundscapes are from habitats that either no longer exist, are radically altered because of human endeavor, or that have gone altogether silent. What is a silent place: a quiet place with no human noises or a soundscape losing its diversity? 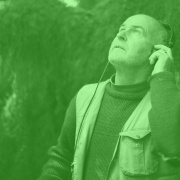 Gordon Hempton is the Sound Tracker, an acoustic ecologist and Emmy award–winning sound recordist. For more than 38 years he has provided professional audio services to musicians, galleries, museums, and media producers, including Microsoft, Smithsonian, National Geographic, Discovery, National Public Radio, and numerous other businesses and organizations. He has received recognition from the Charles A. Lindbergh Fund, the National Endowment for the Arts, and the Rolex Awards for Enterprise. He studied botany and plant pathology at the University of Wisconsin. His sound portraits, which record quickly vanishing natural soundscapes, have been featured in People magazine and a national PBS television documentary, Vanishing Dawn Chorus, which earned him an Emmy for Outstanding Individual Achievement. Hempton is subject of a feature film, Soundtracker and co-author of One Square Inch of Silence: One Man’s Quest to Preserve Quiet, (Free Press/Simon & Schuster, 2010). He is Founder of The One Square Inch of Silence Foundation, Quiet Planet and Quiet Parks International. Hempton has now circled the globe three times in pursuit of nature’s music and produced more than 60 albums available on iTunes. He lectures widely on the importance of listening. He lives in Port Townsend, Washington. 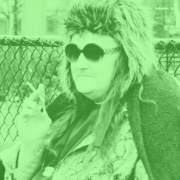 CAConrad is a 2019 Creative Capital Fellow, and the author of 9 books of poetry and essays.  While Standing in Line for Death (Wave Books), received the 2018 Lambda Award.  A recipient of a Pew Fellowship in the Arts, they also received The Believer Magazine Book Award and The Gil Ott Book Award. Their work has been translated into Spanish, Greek, Polish, Norwegian, Portuguese, Danish, French and German.  They teach regularly at Columbia University in NYC, and Sandberg Art Institute in Amsterdam and they can be found online at http://bit.ly/88CAConrad.

NATURA NATURANS is an artist-driven educational experiment that consists of lectures, workshops, field trips, and an exhibition exploring our changing understanding of nature in the Anthropocene. Curated by the artist Anne-Sophie Coiffet, who divides her time between DC and Paris, this twelve-week project examines topics as varied and interrelated as the co-mingling of natural and human objects and systems, securing legal status for ecosystems, silent places and acoustical trash, genetically modified crops and butterflies, space junk and oceanic micro-plastic, and more.

RSVP FOR LECTURE
REGISTER FOR WORKSHOP