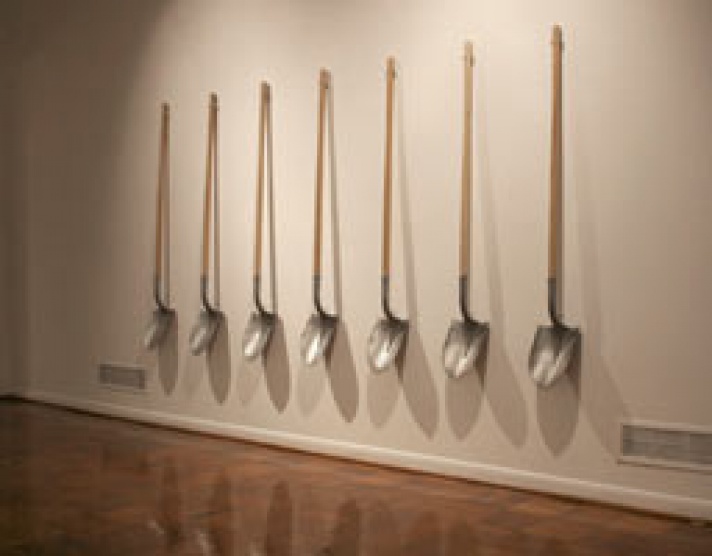 The tree planting ceremony took place as part of The Ripple Effect: Currents of Socially Engaged Art, an exhibition of social practice, collaborative, and participatory work curated by Raquel de Anda and co-sponsored by Washington Project for the Arts and Art Museum of the Americas. Featuring artists from Latin America and the United States, the exhibition positions artists as architects of change building creative entry points into conversations on broad themes such as environmentalism, social justice, and immigration, while providing poetic and often concrete solutions.

In conjunction with The Ripple Effect: Currents of Socially Engaged Art, co-sponsored by WPA and Art Museum of the Americas

The planting was followed by a tour of The Ripple Effect: Currents of Socially Engaged Art led by curator Raquel de Anda.

During the first phase of the project, weapons were solicited through television announcements and collected in exchange for vouchers for discounted electronics and appliances in local shops. Consequently, 1,527 ﬁrearms were collected, publicly steamrolled at a military base, melted, and recast into 1,527 shovels that were used to plant 1,527 trees. More recently, a new phase of Palas por Pistolas has been initiated in Juarez, Mexico where the Mexican government provided 6,700 destroyed weapons. The immediate task is to transform this metal into 6,700 shovels and initiate the planting of 6,700 trees in a bi-national plantings throughout 2012 and 2013.  The long-term goal of Palas por Pistolas is to become a permanent campaign to curb the circulation of small weapons in the entire Mexican territory while planting trees in acts of civic participation.