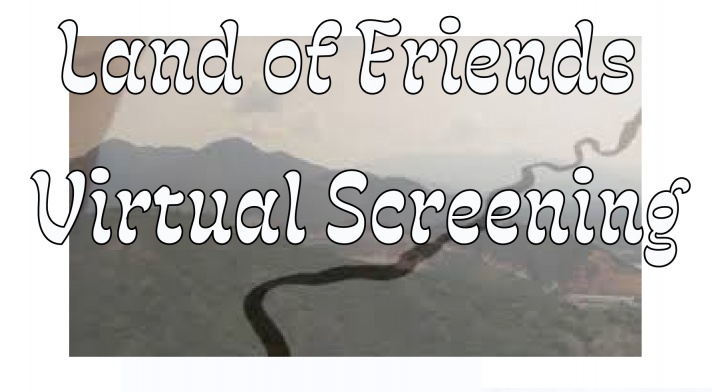 WPA is pleased to present Land of Friends, a film by Los Angeles-based artist Carolina Caycedo. The program is part of “Perfect Knowledge of the Ground,” a WPA Bookshelf Project curated by DC-based artist Raina Martens.

"Land of Friends focuses on seemingly small images and micro moments of everyday life to highlight the tensions and struggles between local fishing and farming communities and the multinational corp­orations converting the Yuma into hydroelectric power. In the film, Carolyn Caycedo intersects footage recorded along the river with scenes of her tracing the flow of the river with a brush on paper and, towards the end, with images turned upside down. The choice of everyday gestures and these interventions acknowledge the small-scale informal economies along the river and the relationship people develop with bodies of water and their spiritual significance. Through the practice of appropriating for example satellite images and the insistence on developing alternative forms of representation, the film proposes the unlearning of our reductive and commodified perception of rivers."

About the Film Creator

Carolina Caycedo is a London-born, Los Angeles-based Colombian multidisciplinary artist known for her performances, films, artist’s books, sculptures, and installations that examine environmental and social issues. She participates in movements of territorial resistance, solidarity economies, and housing as a human right. Her work contributes to the construction of environmental historical memory, as a fundamental element for non-repetition of violence against human and non-human entities.

Caycedo has participated in festivals worldwide, among them the Berlin Bienniale, Chicago Architecture Biennial, Istanbul Biennial, São Paulo Art Biennial, and the Whitney Biennial. Recent and upcoming solo shows include “Care Report” at Muzeum Sztuki in Łódź, Poland; “Wanaawna, Rio Hondo and Other Spirits” at Orange County Museum of Art in Santa Ana, CA; “Cosmoatarrayas” at ICA Boston; and “From the Bottom of the River” at MCA Chicago.  She has held residencies at the DAAD in Berlin, the Huntington Libraries, Art Museum, and Botanical Gardens in San Marino, CA; and Occidental College in Los Angeles. She is a member of the Los Angeles Tenants Union and the Rios Vivos Colombia Social Movement.

Perfect Knowledge of the Ground is a project curated by DC-based, transdisciplinary artist Raina Martens. Comprising of a virtual bookshelf, 25 limited limited-edition mail-order care packages, and a film screening, it responds to the capitalist and colonialist roots of our current ecological crisis by highlighting alternative agricultural practices.