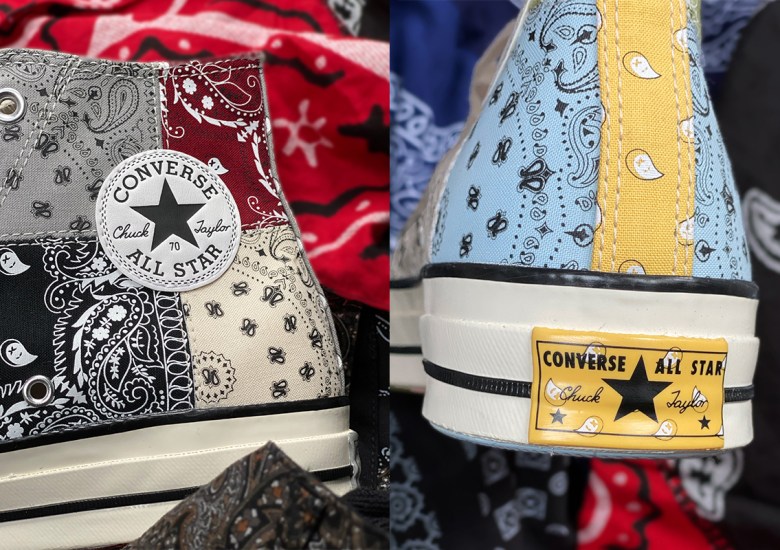 Taking the Fall season by storm with a collaboration-heavy approach, the folks at Converse are noticeably starting to ramp up the numbers for their Converse Chuck Taylor projects. More specifically for the Chuck 70 Hi which, in recent memory, has already uncovered partnerships with Russell Westbrook and Golf Wang, and now it’s taking its extra-versatile canvas overseas for Offspring to reimagine. Given the sold-out success of their “Corduroy” Pack that dropped last year, the two entities have decided to further build off of this momentum by fashioning two more offerings.

Similar to their last capsule, these iterations carry over their multi-toned color-blocking, but instead of being engineered with tufted textures, they arrive packaged with an array of paisley bandana prints. Each take is sectioned off into four main panels, with the first colorway amalgamating together darker hues of black, grey, red, and cream, while the second option incorporates softer pastels of baby blue, green, pink, and tan. Additionally, the outsoles of each style injects matching colors that are divided up into four blocks across its entirety. Grab a first glimpse here ahead, and note that they will be dropping on October 8th on Offspring for £79.99 a piece.

Elsewhere in sneaker news, a Union Converse Sheila Bridges collaboration has been revealed. 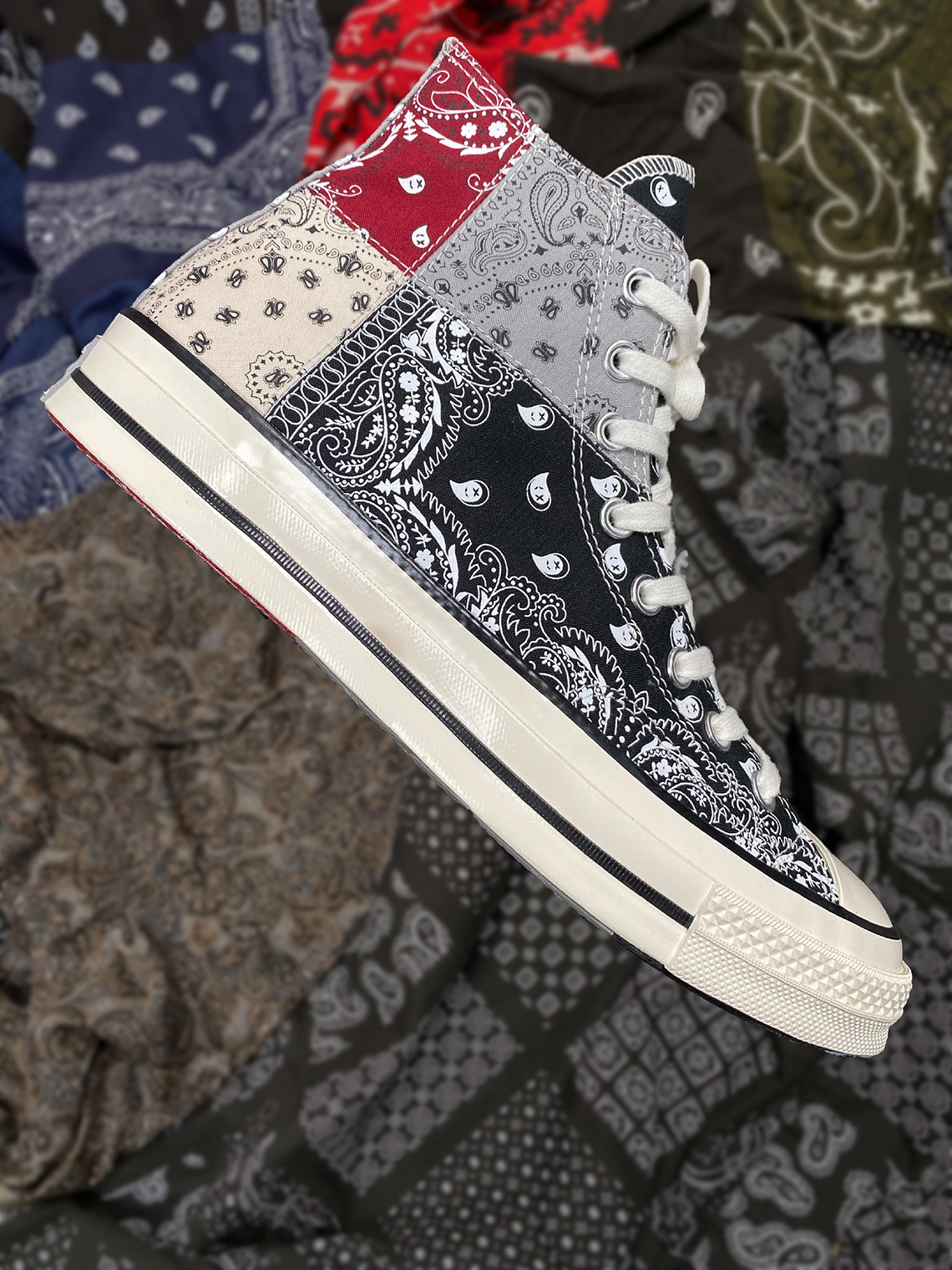 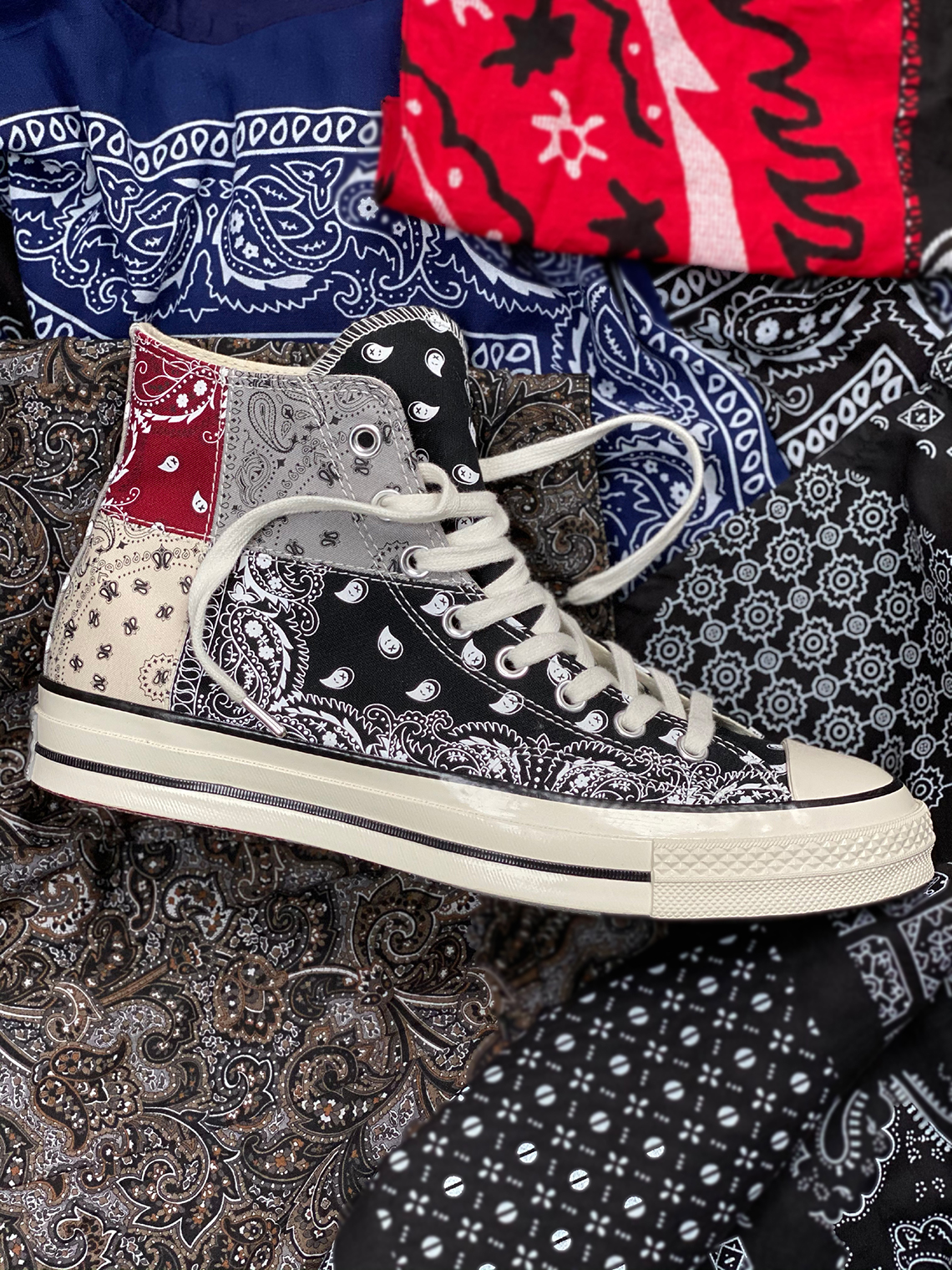 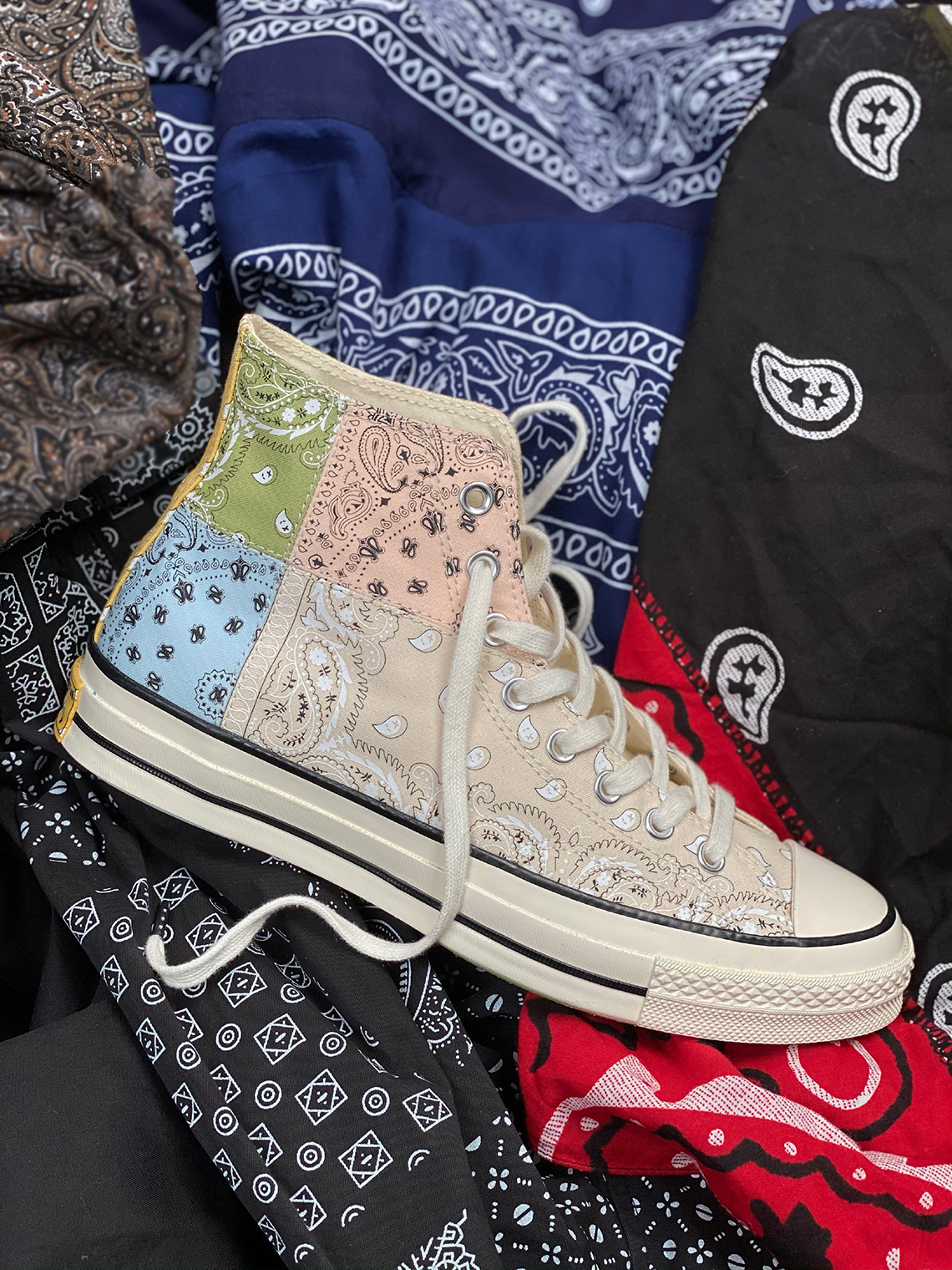 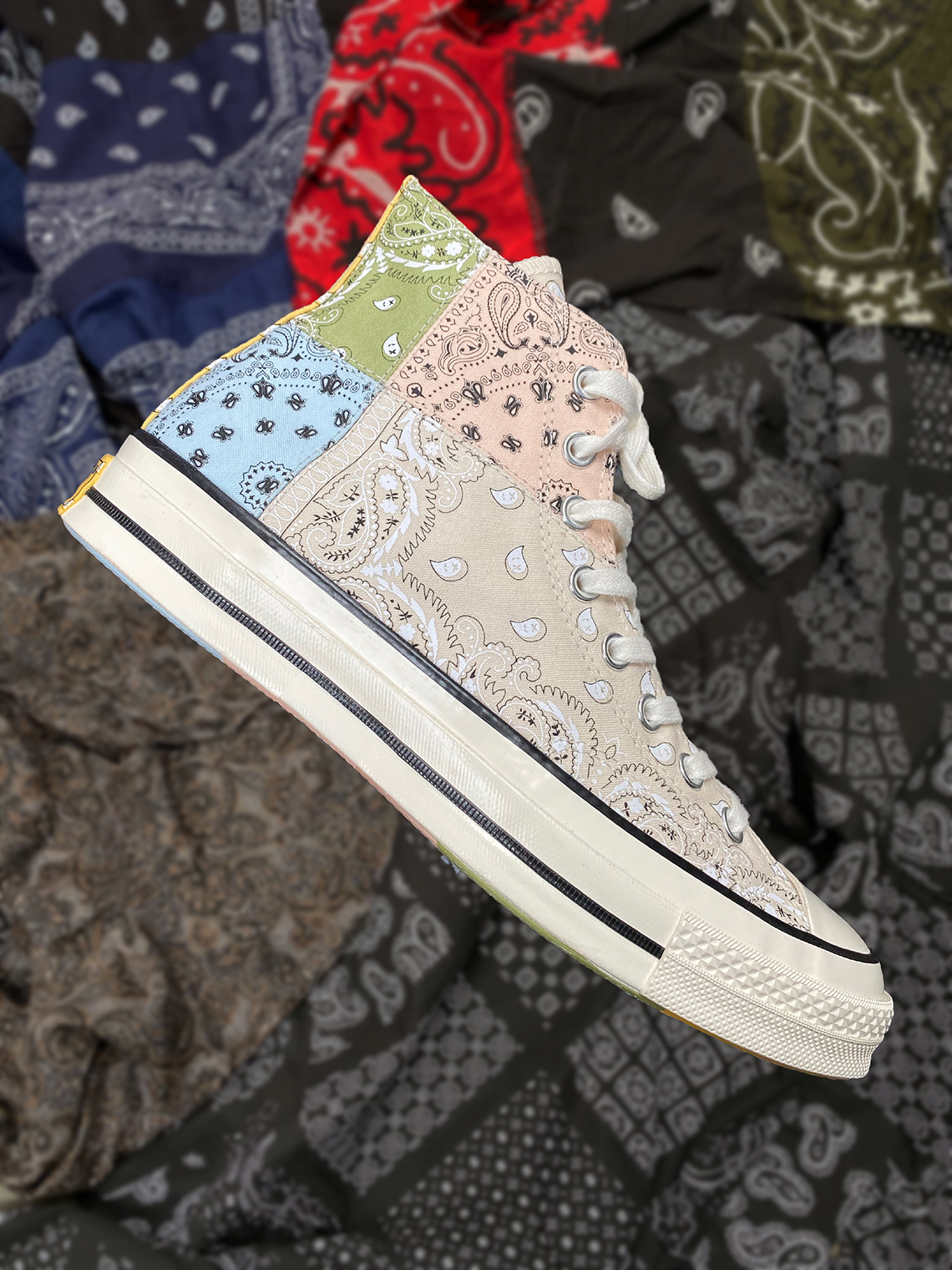 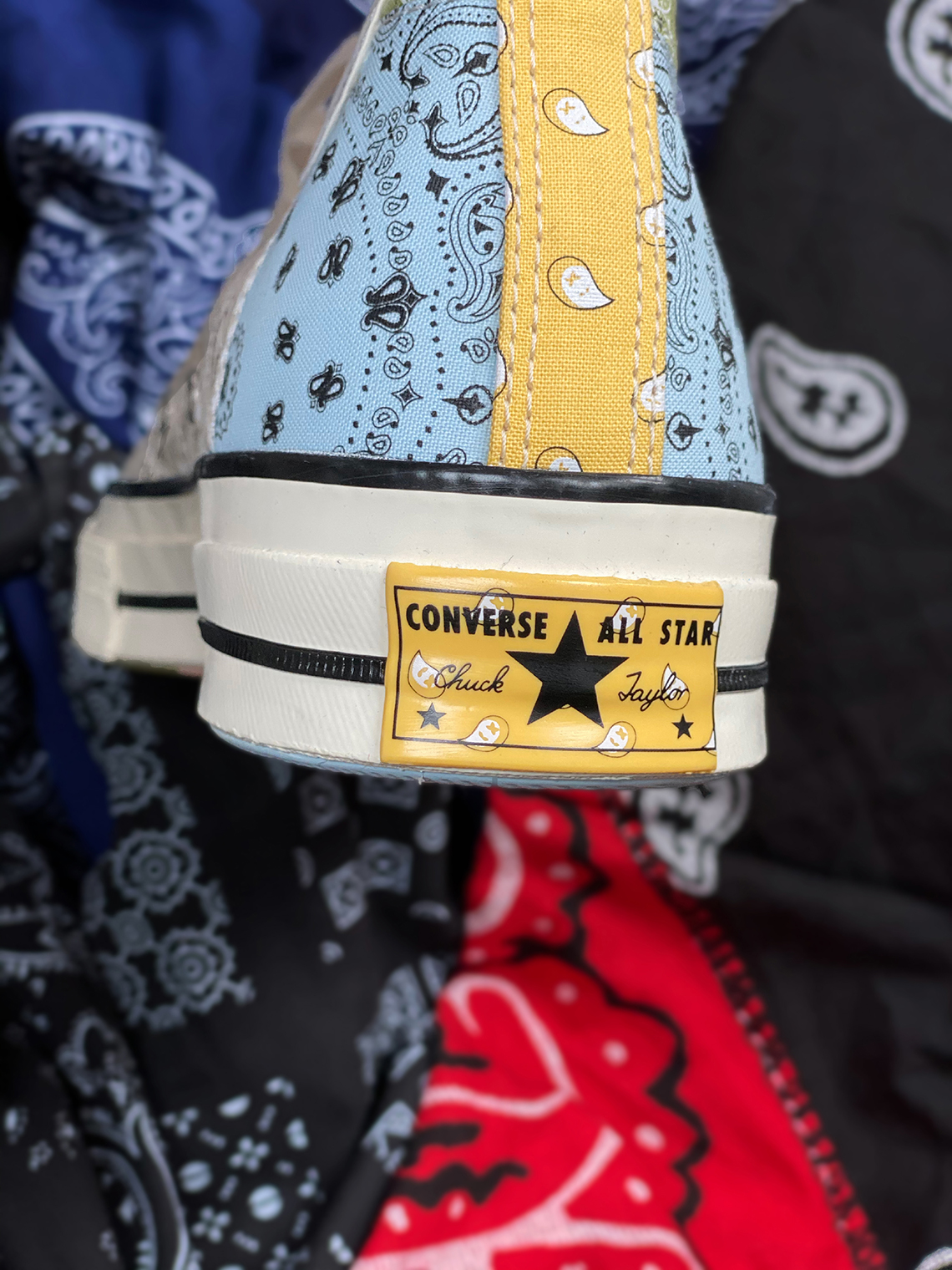 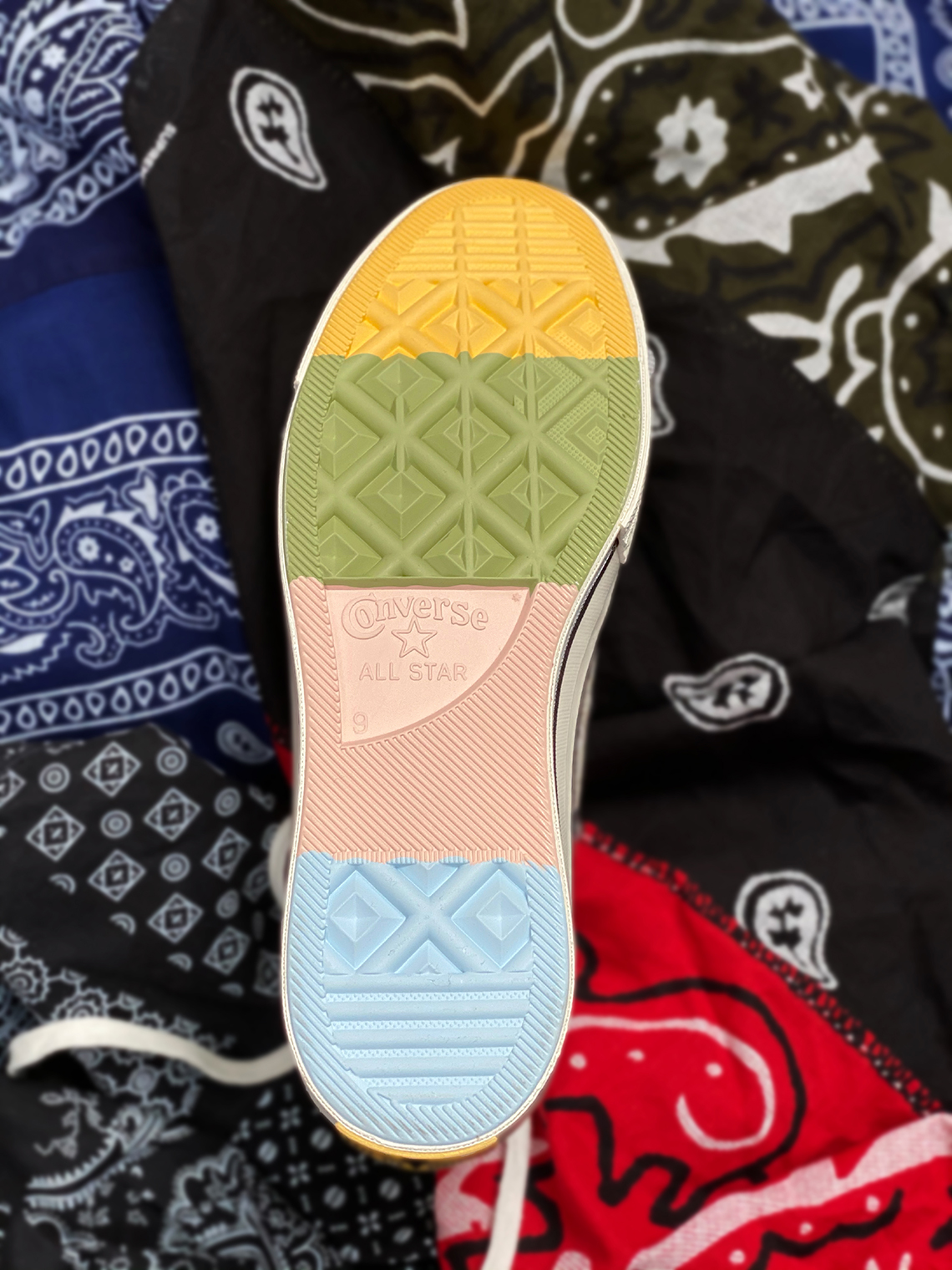 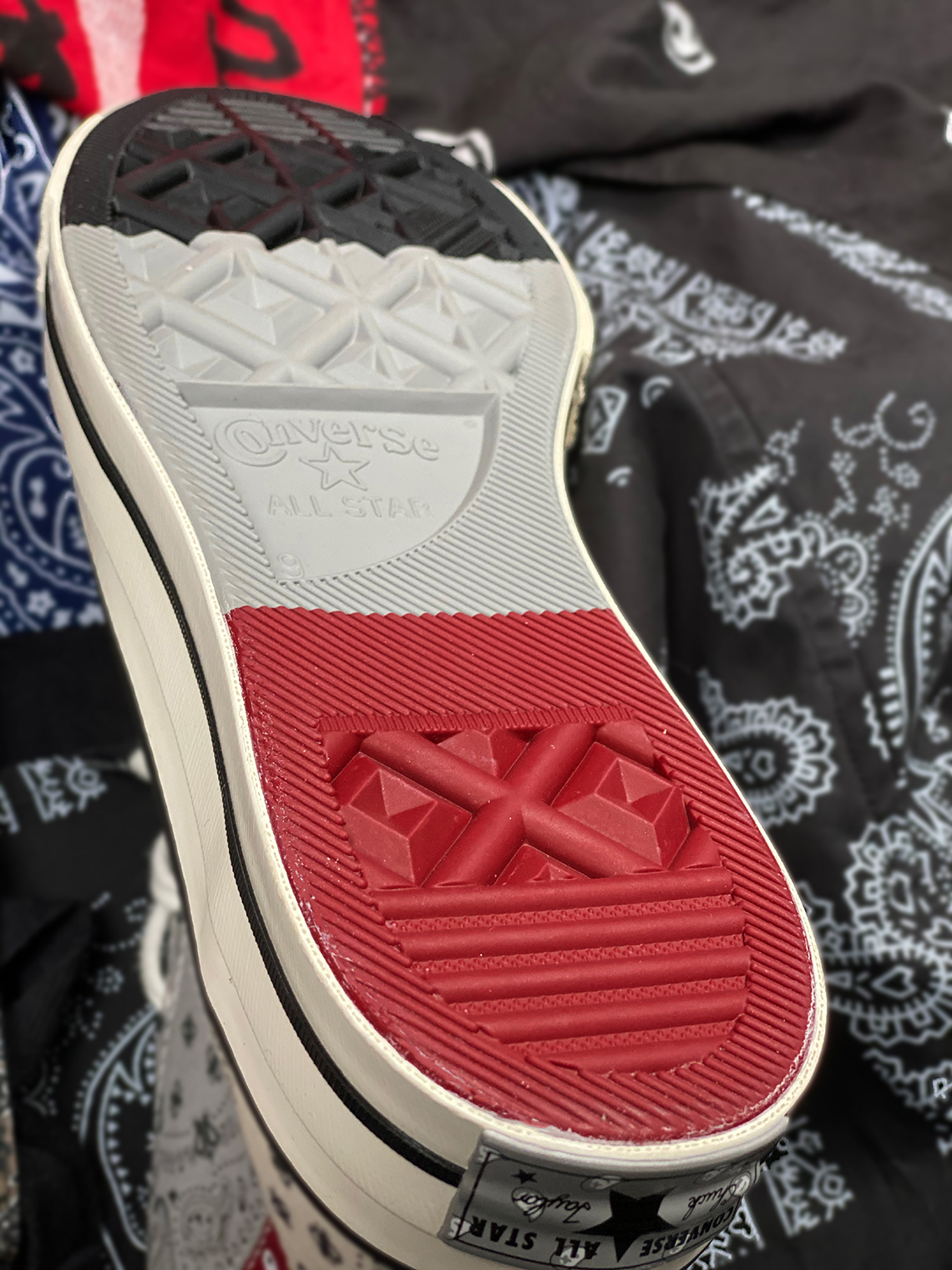 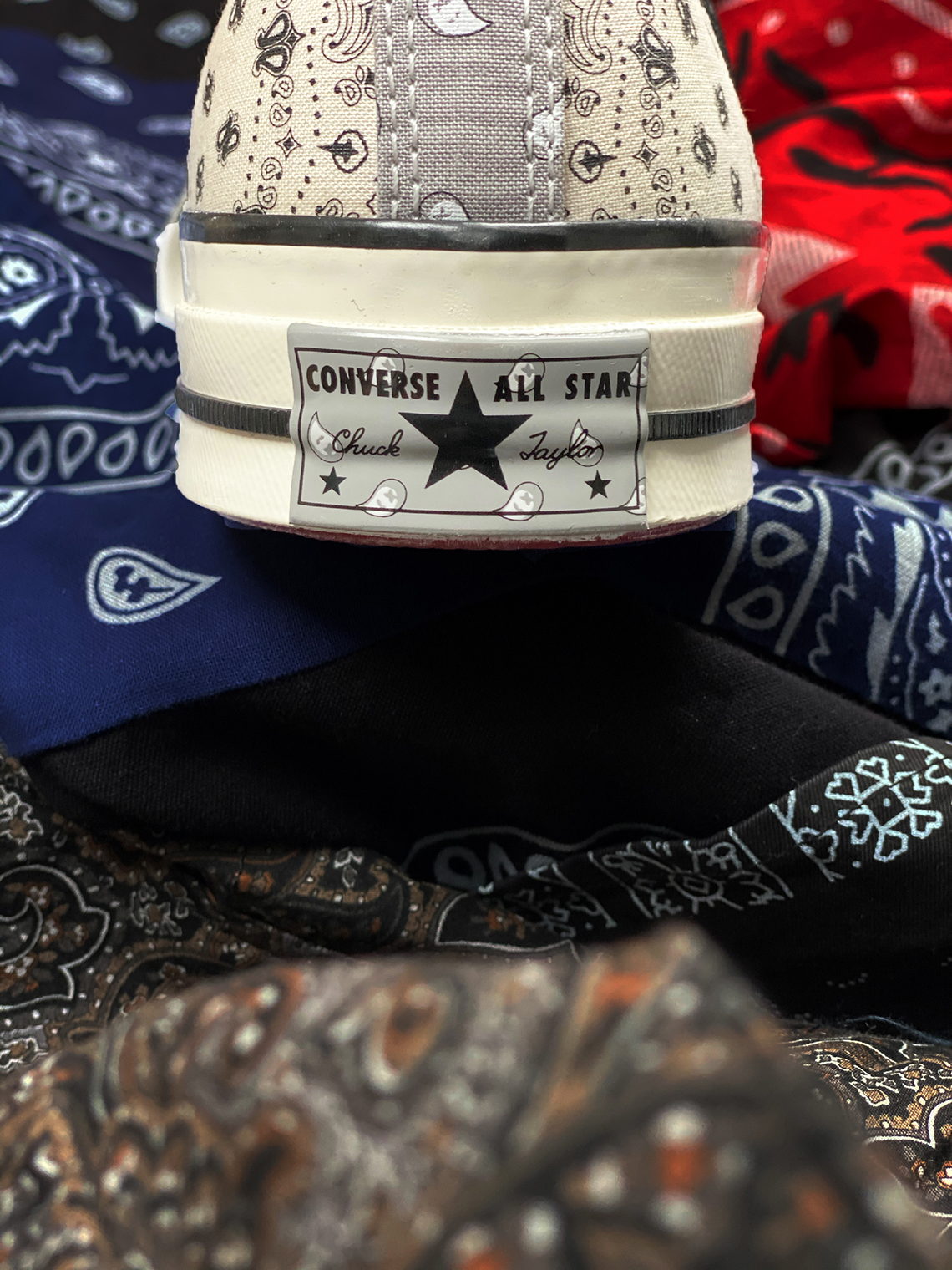 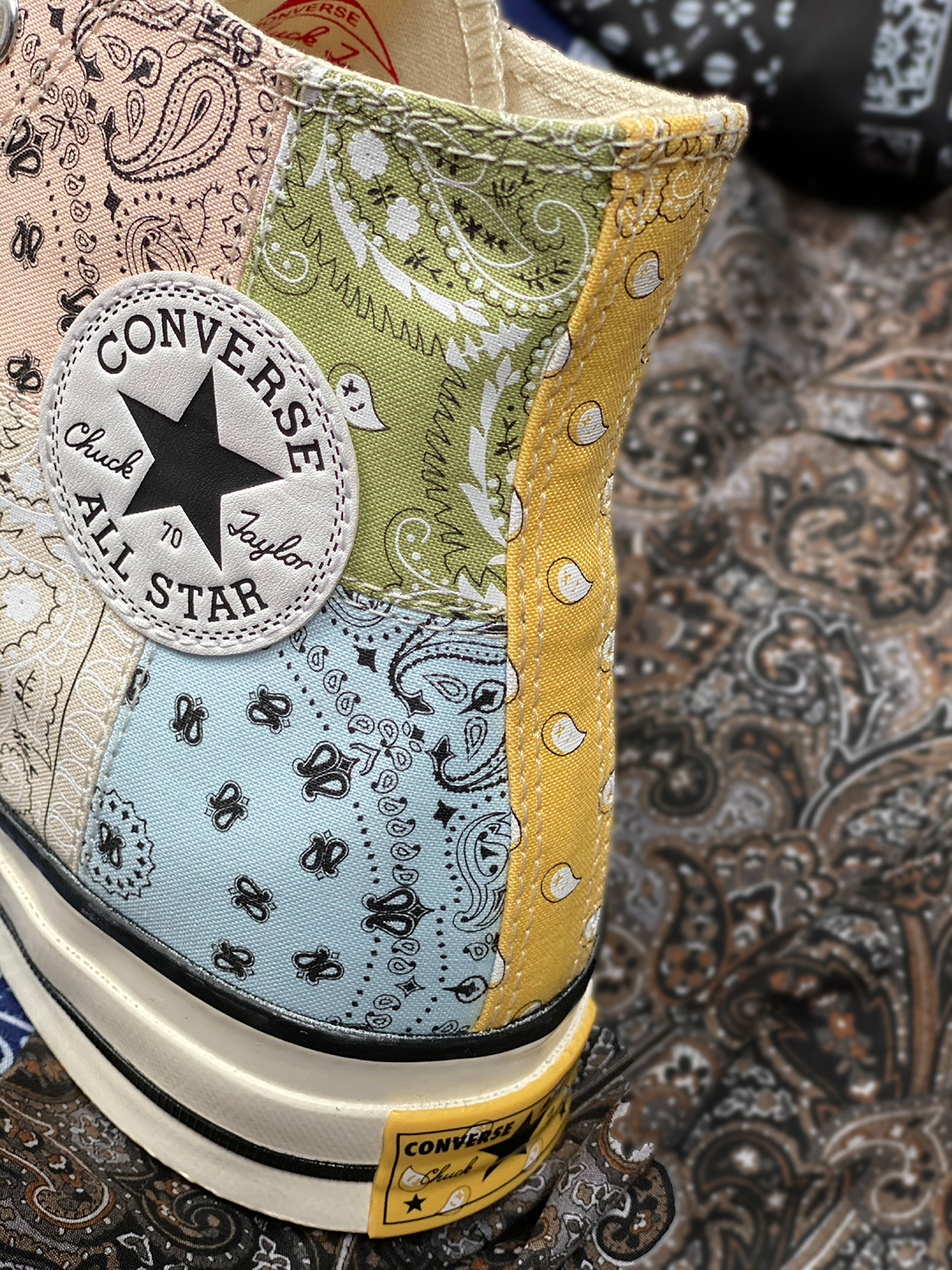 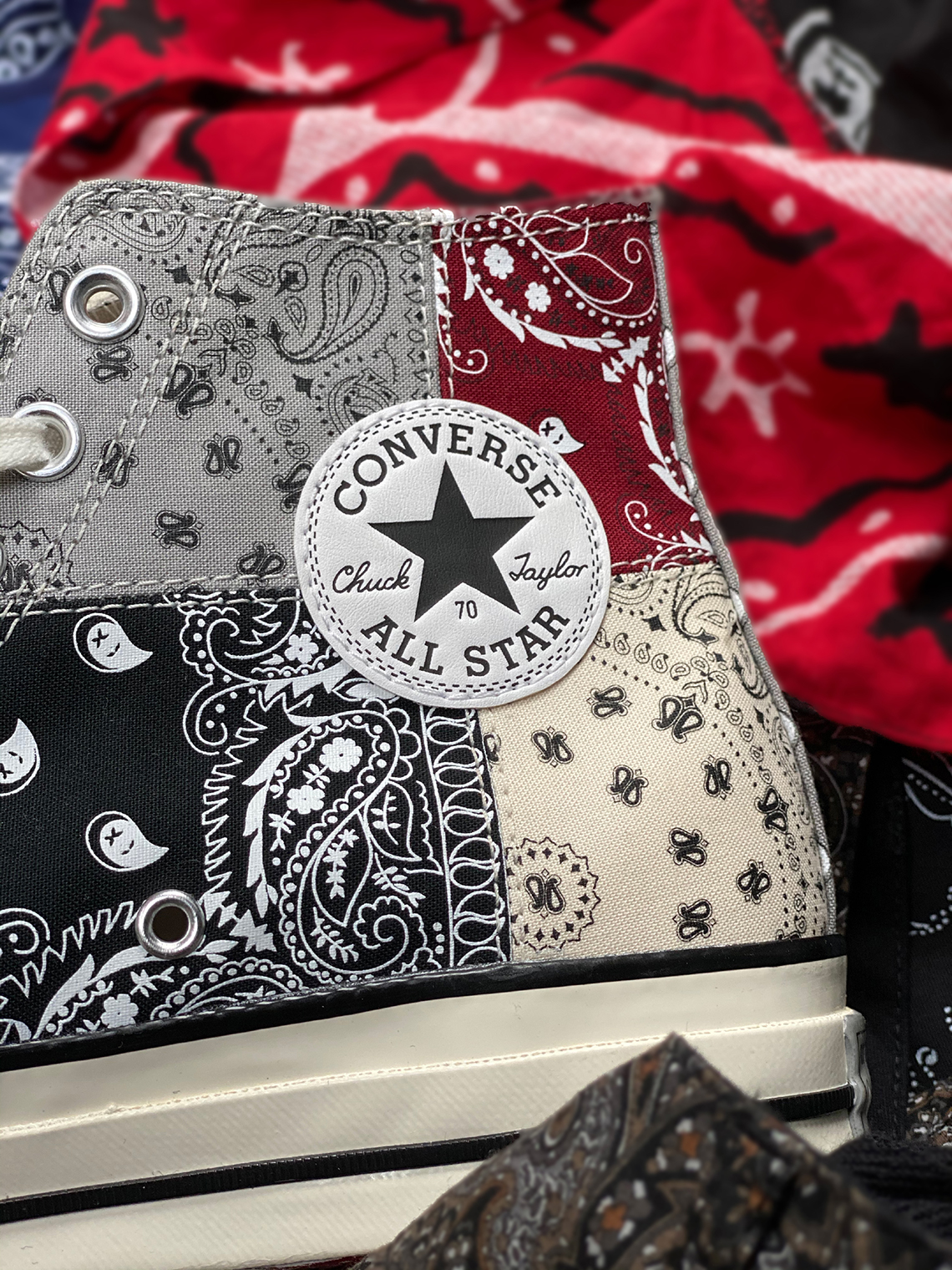 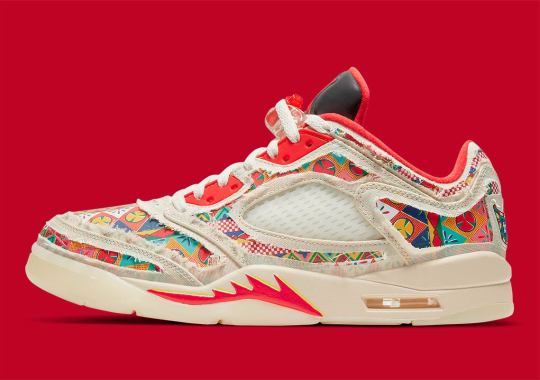