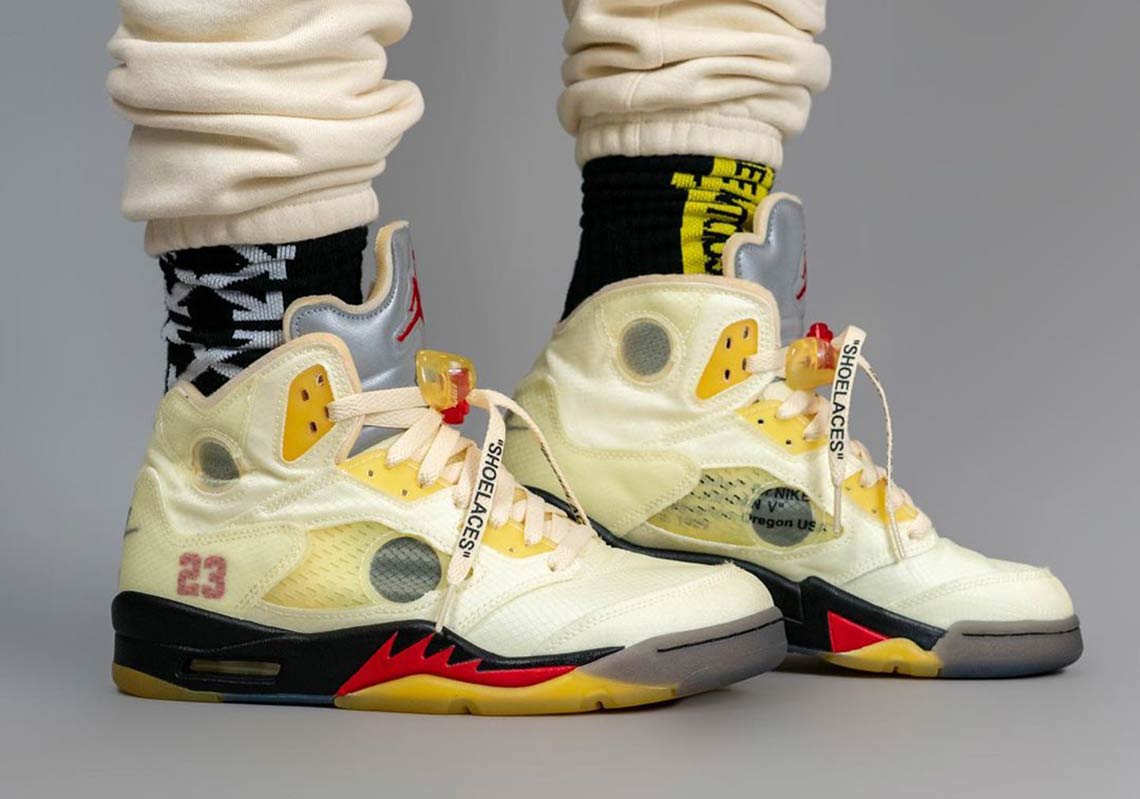 2020 has undoubtedly been a productive year for Off-White, the brand kept busy primarily with their on-going series of Nike collaborations. And after the official release of his upcoming Rubber Dunk next month, Virgil Abloh will be teaming up with Jordan Brand once again for yet another Air Jordan 5.

Provided a better look courtesy of sneaker insiders, the pair makes use of a construction and aesthetic near identical to the “Black Metallic” that debuted during All-Star Weekend. Coloring, however, is changed from the dark neutral to a much brighter Sail, while red accents and silver reflective tongues elsewhere liken the collaborative model to the iconic “Fire Red” colorway. Further yellowing then turns the mid-panel, eye stays, lace toggle, and tread vintage in contrast to the various cut-outs that proffer Abloh’s sense for modern deconstructive design. His classic quoted text and medial denotations then finish in signature fashion.

Grab one of the best looks yet at the offering right here and sit tight as they’re rumored to arrive October 24th.

In other news, official images of the PSG Jordan Zoom 92 have been revealed. 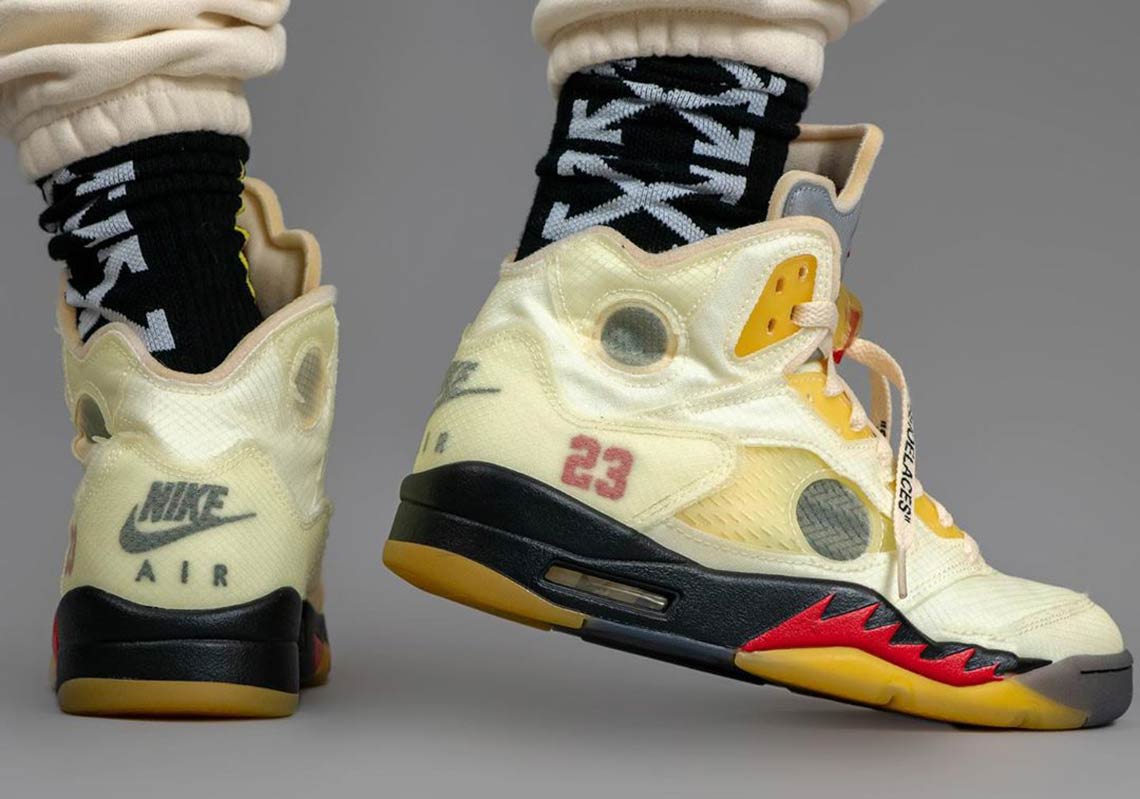 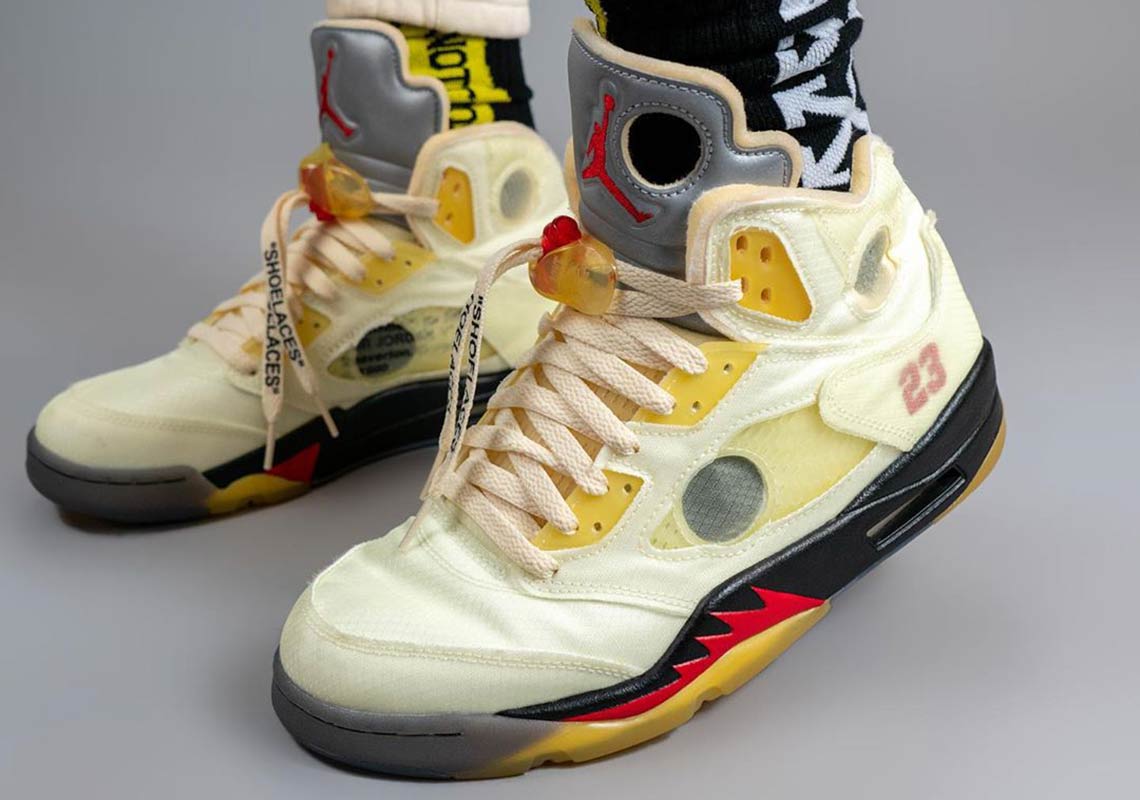 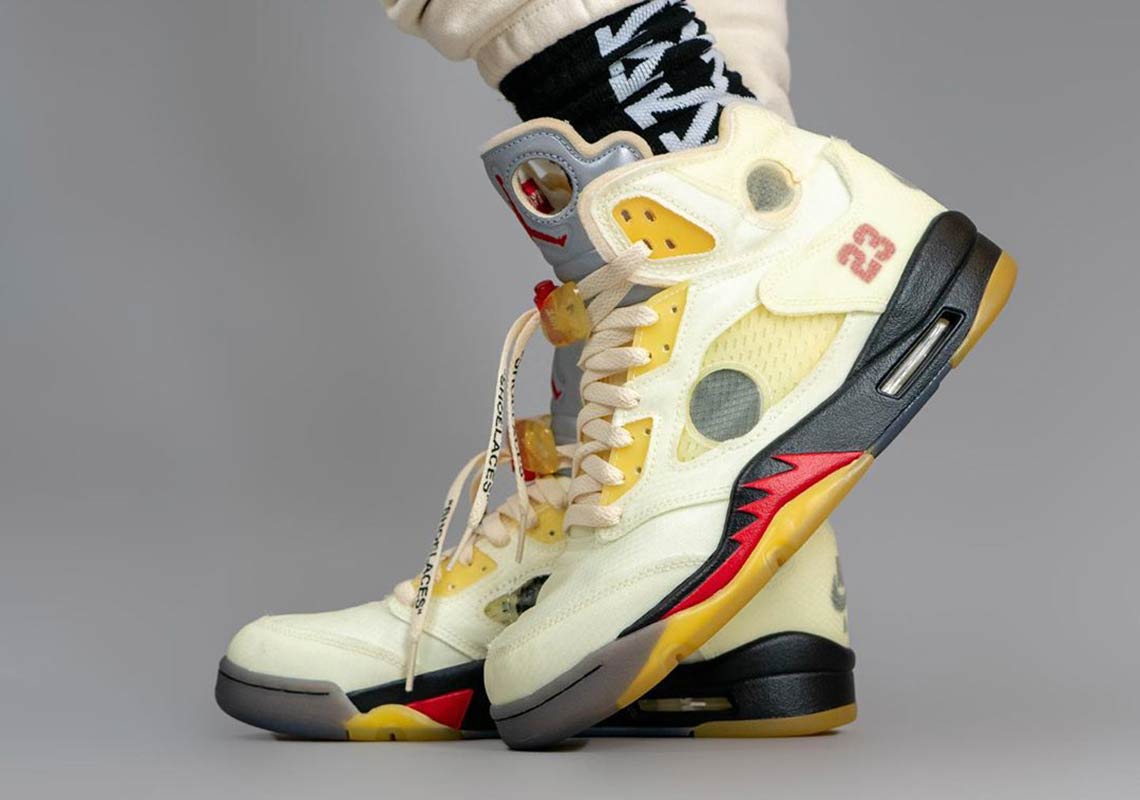 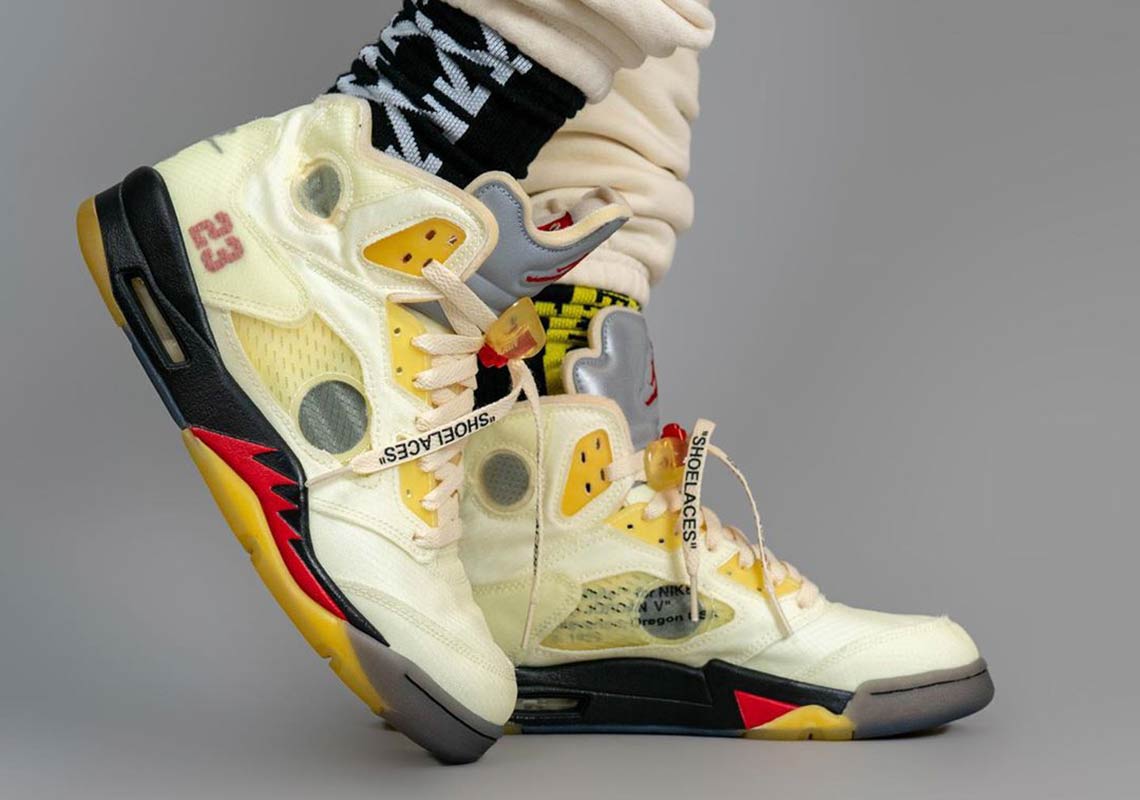 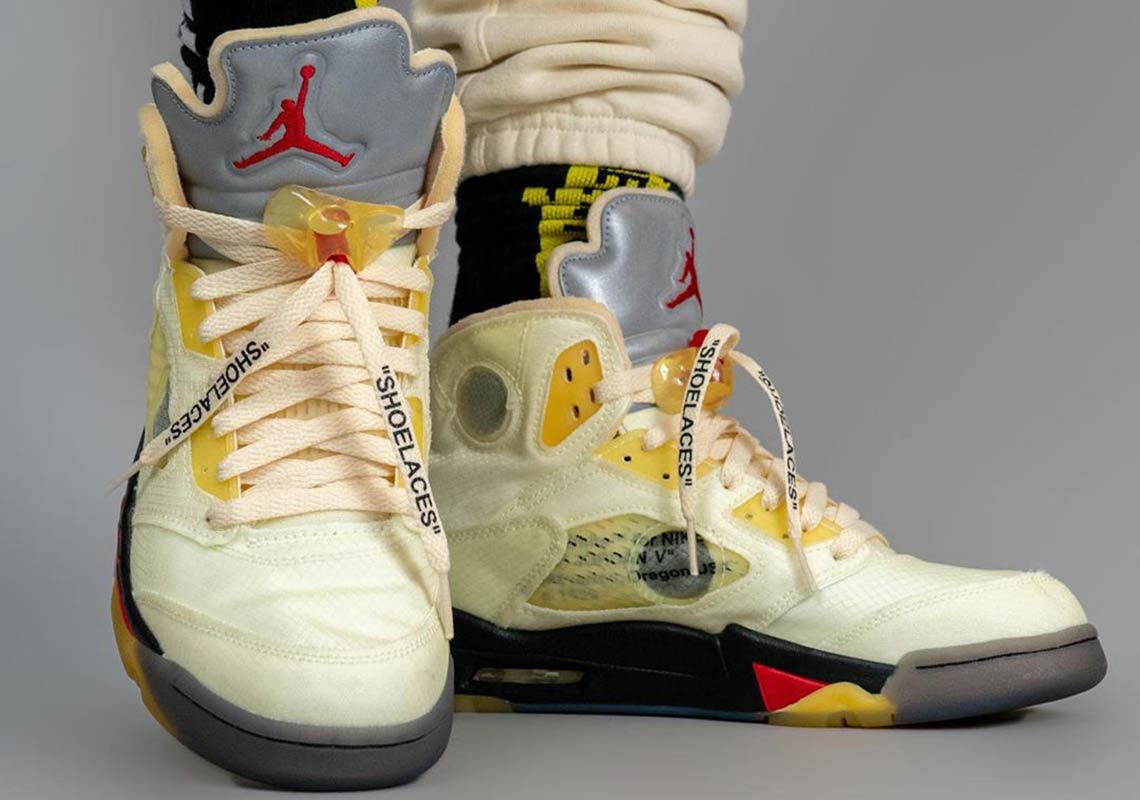 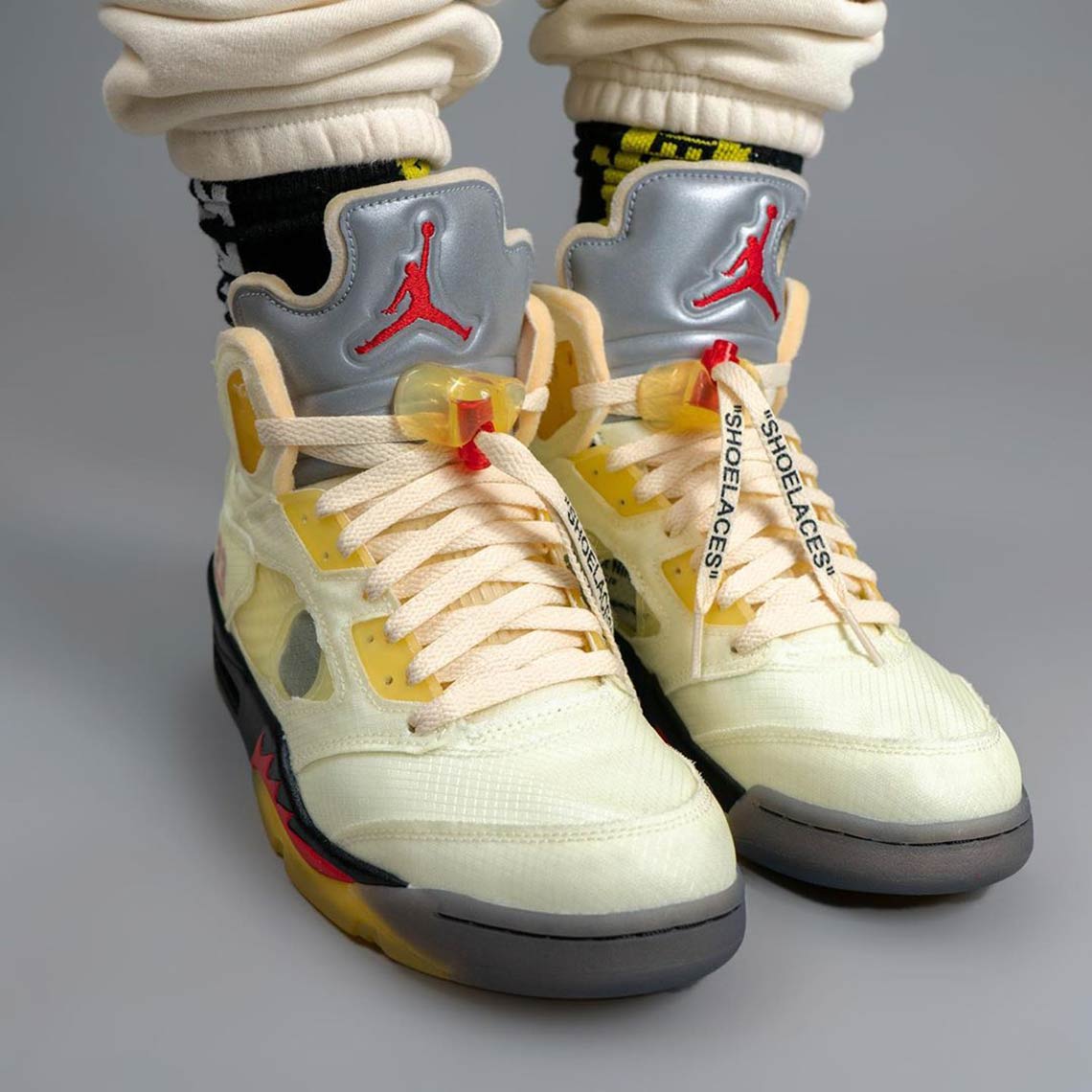 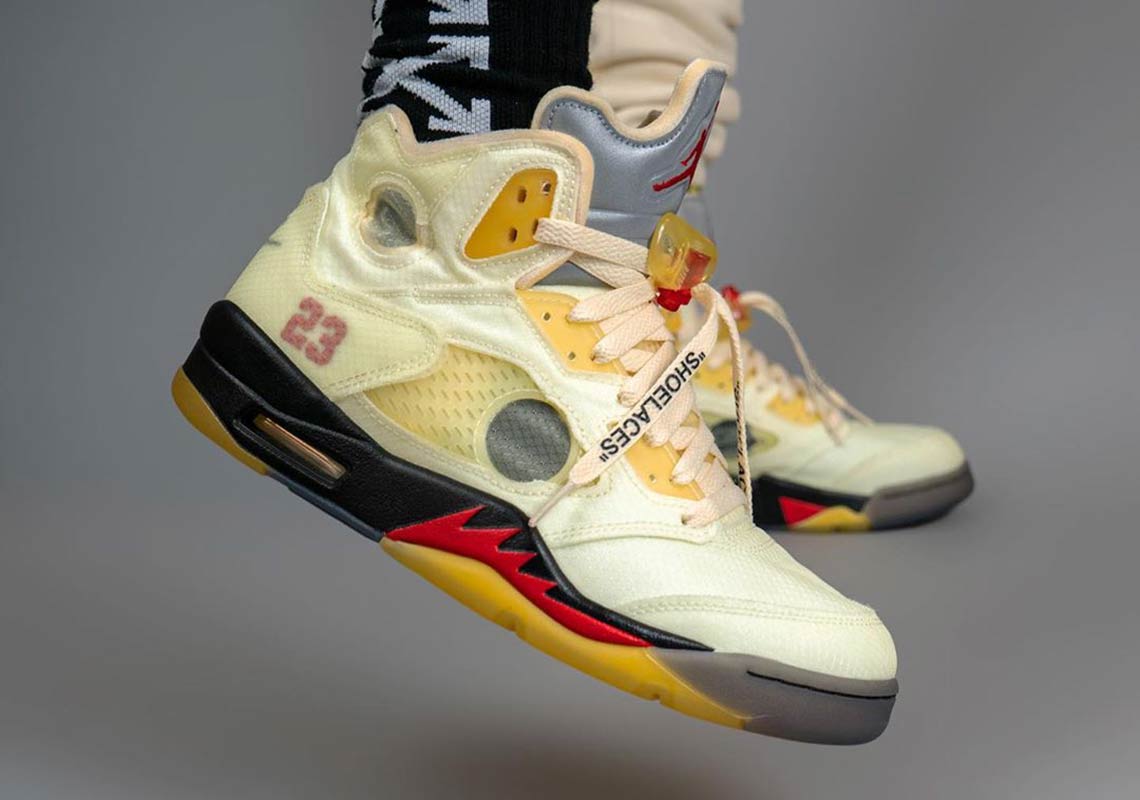 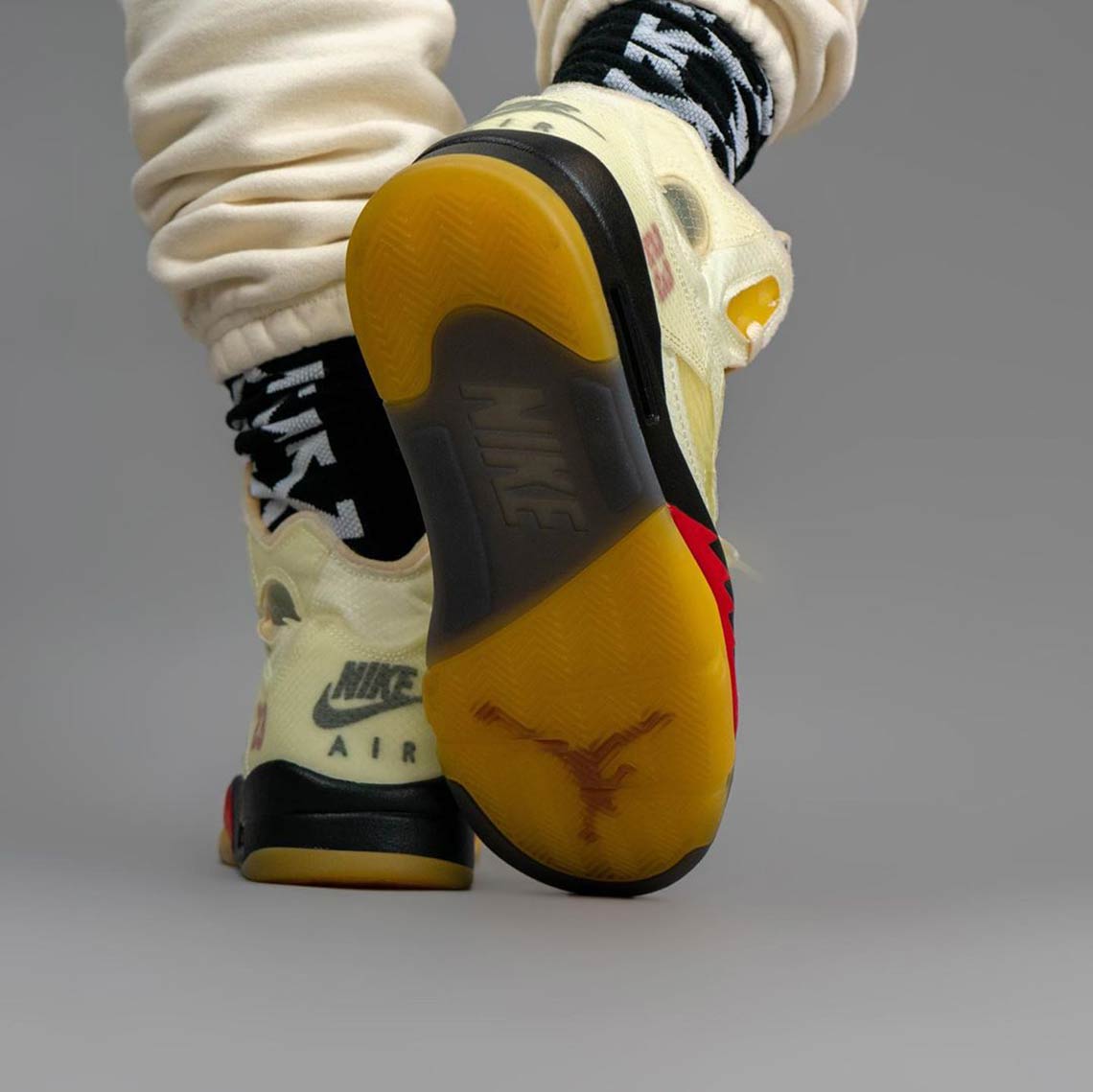