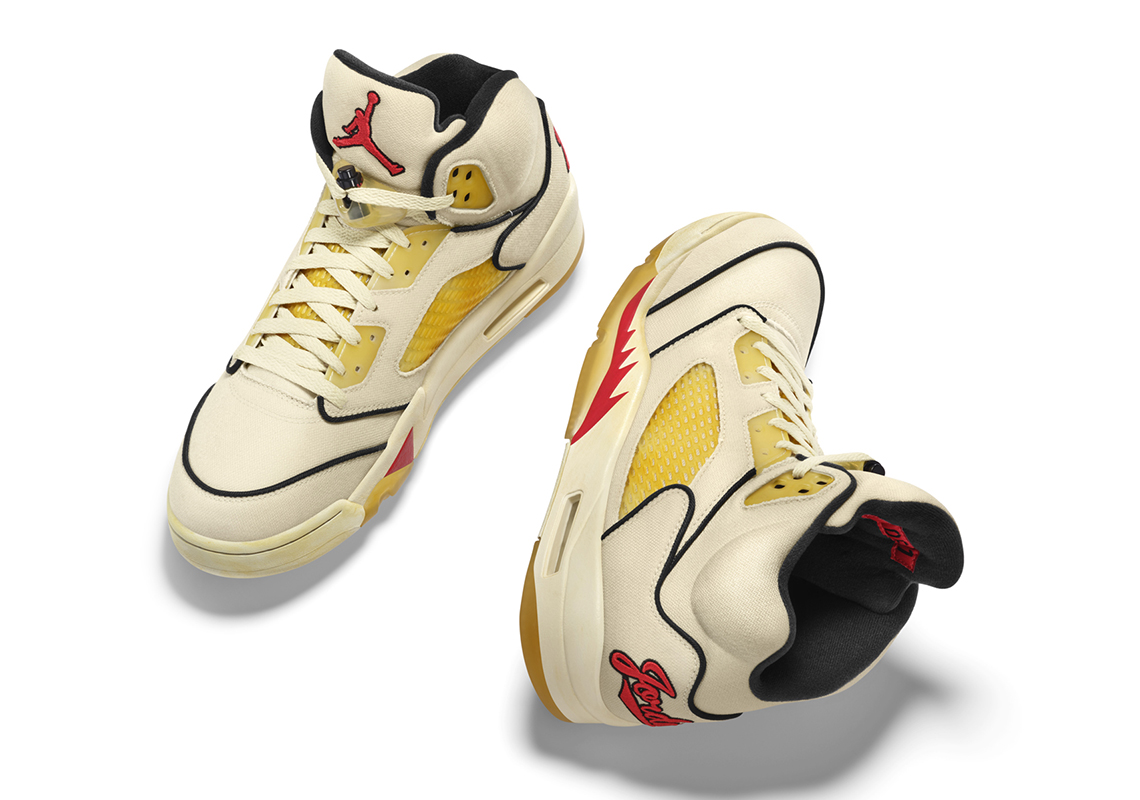 If you’re going to write out a list of sneakerheads currently playing in the MLB, there’s no chance that you can skip over Dexter Fowler of the St. Louis Cardinals. Throughout his tenure in the majors, the outfielder has been known to flex striking retro cleats that have included silhouettes such as the Air Jordan 4, Air Jordan 12, Air Jordan 13, among others. And mid-way through the season, it appears his collection is growing even further, this time thanks to the Jumpman family who recently blessed him with a specially-made, 1 0f 12 Air Jordan 5.

Fashioned in a way that matches his home threads, the pair is ostensibly built with canvas uppers and features pre-yellowed mid-foot netting, eye stays, and soles which are expressive of heavy vintage vibes. Furthermore, the various overlays are outlined by navy trim, and the branding is executed via customary Jumpman logos on the tongues, and “Jordan” lettering spelled out on the heels in Cardinals-inspired font. On the interior sides of the tongues, you’ll also find patches that split between “JRDN BSBL” and Fowler’s numbered pair which reads out “10 of 12”. Peep a closer look here below.

Updated 09/10/10: Jordan has revealed official details around this PE. “In honor of the silhouette’s 30th anniversary, the Jumpman baseball family was gifted a new twist on the Air Jordan V. This colorway takes inspiration from vintage wool baseball jerseys and uses University Red, Black, Fossil, Sail and Gum Light Brown. Other design highlights include aged details, felt-like piping, a sunflower seed graphic on the insoles, individually numbered inner tongue stitching and a Jordan script on the heel that nods to classic baseball jersey fonts.” 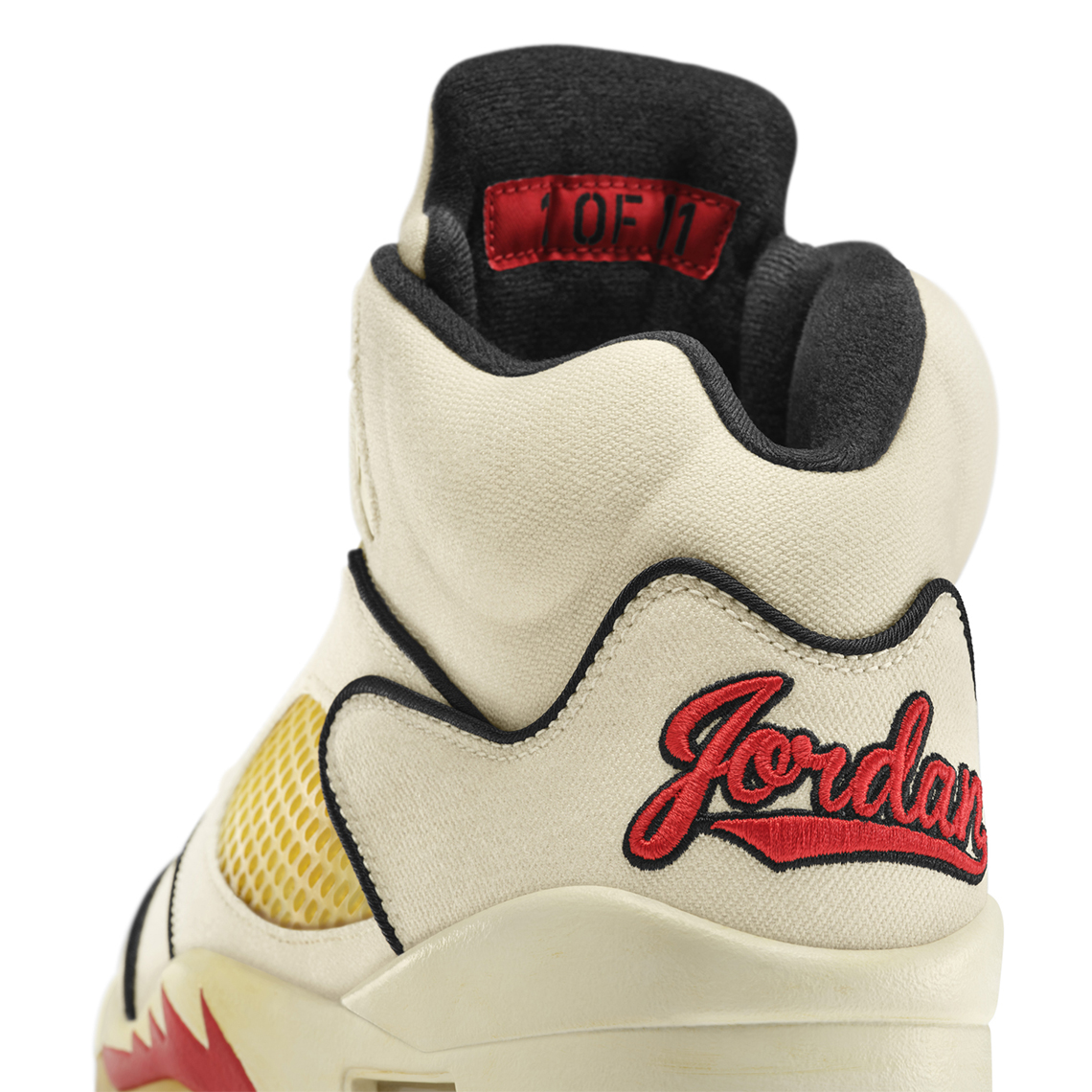 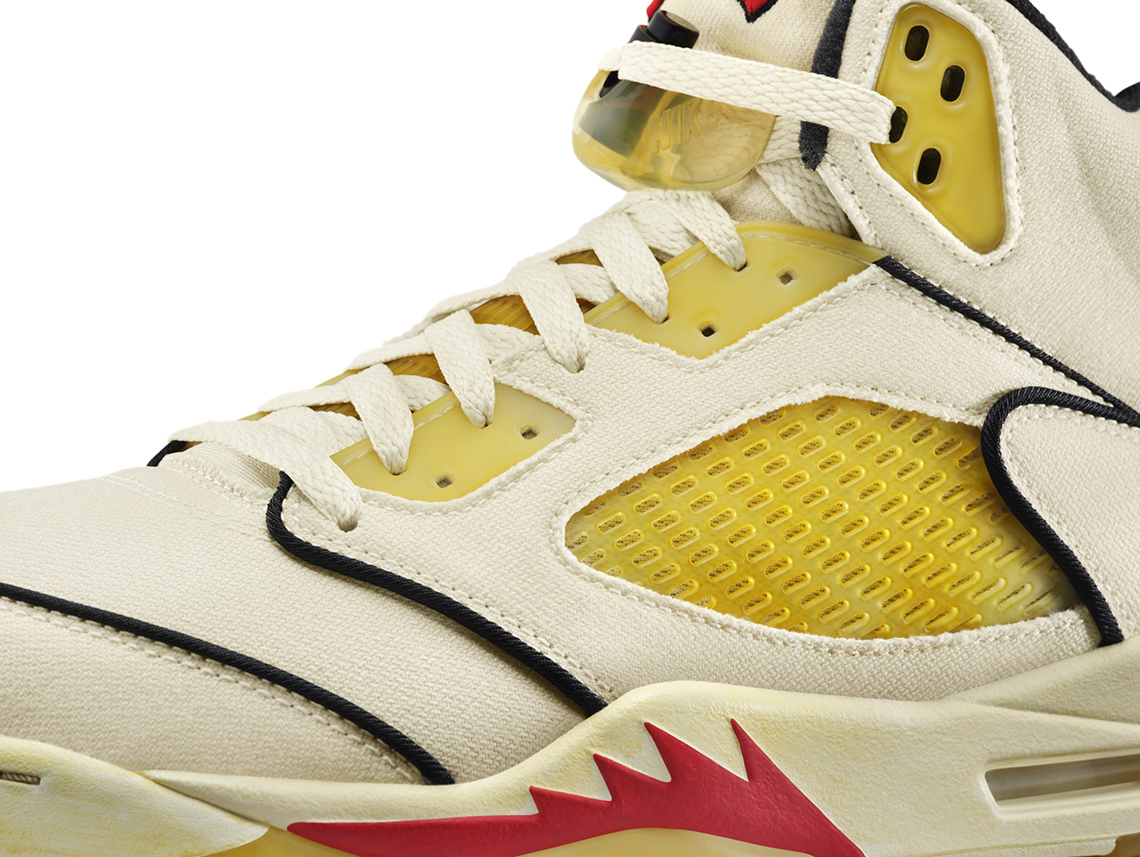 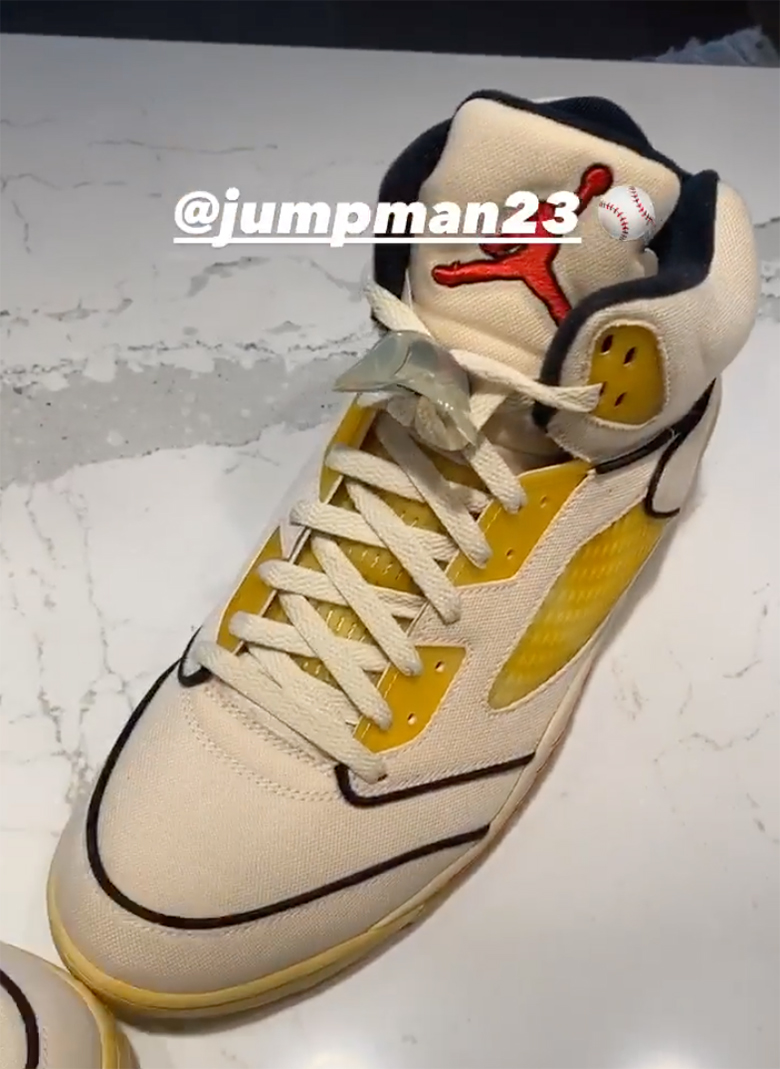 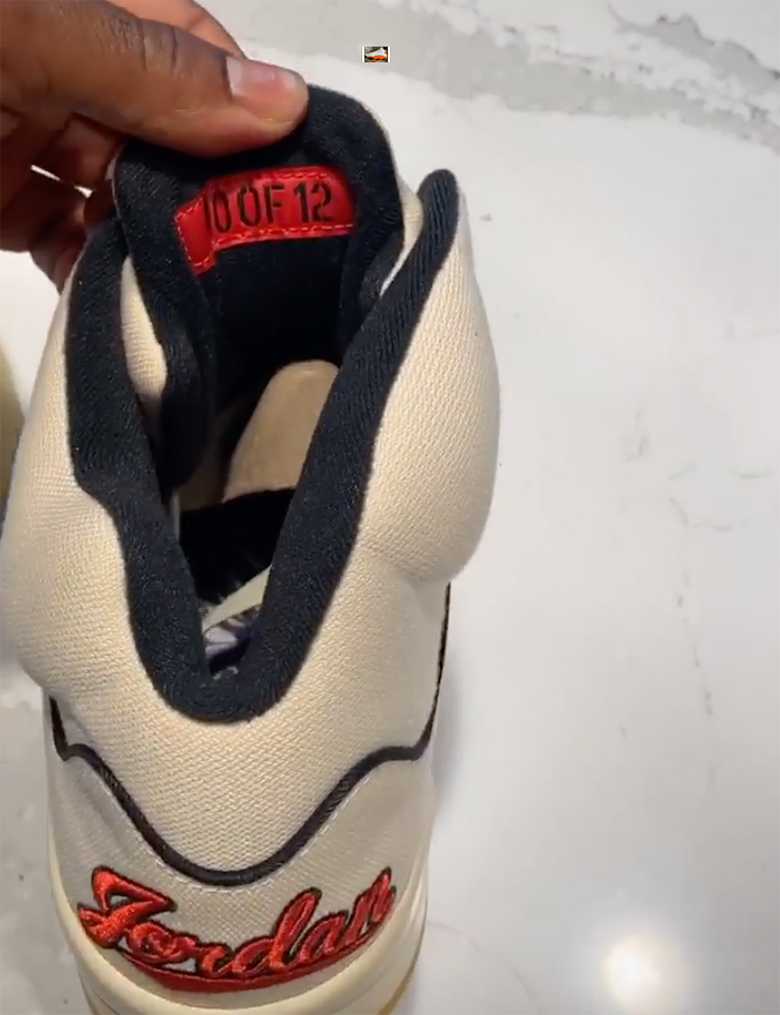 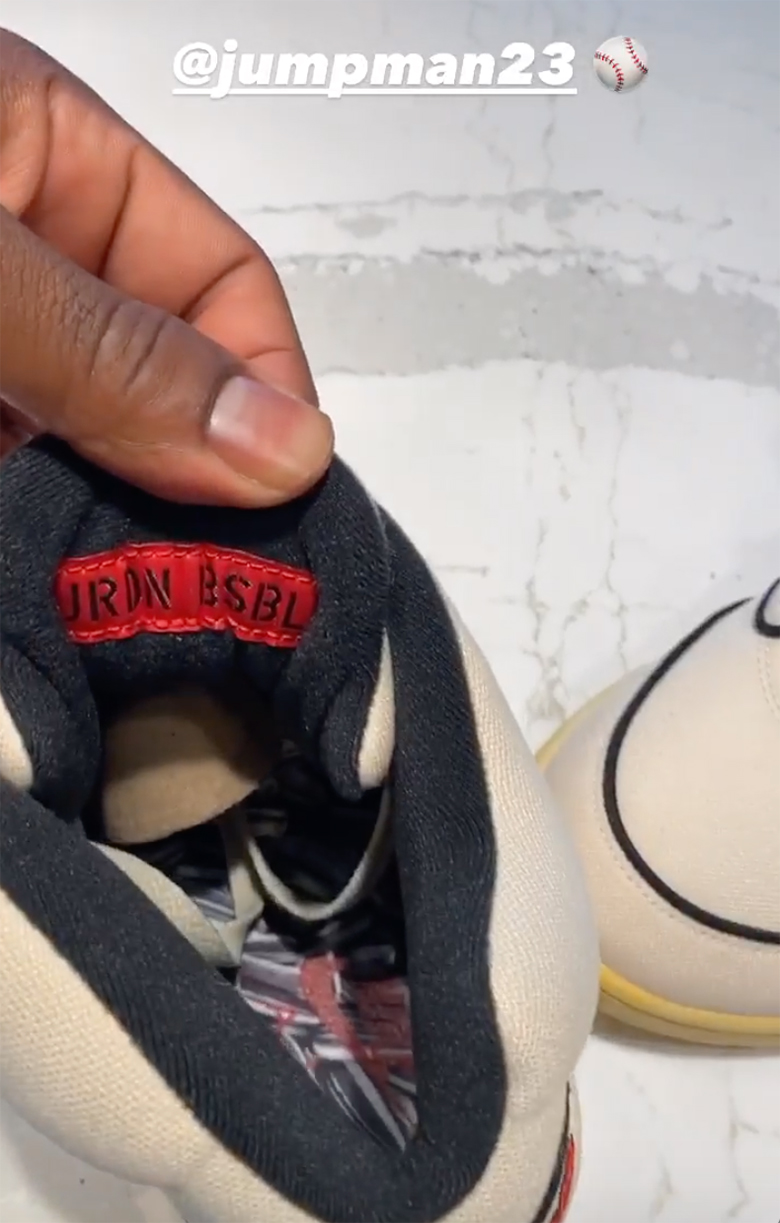