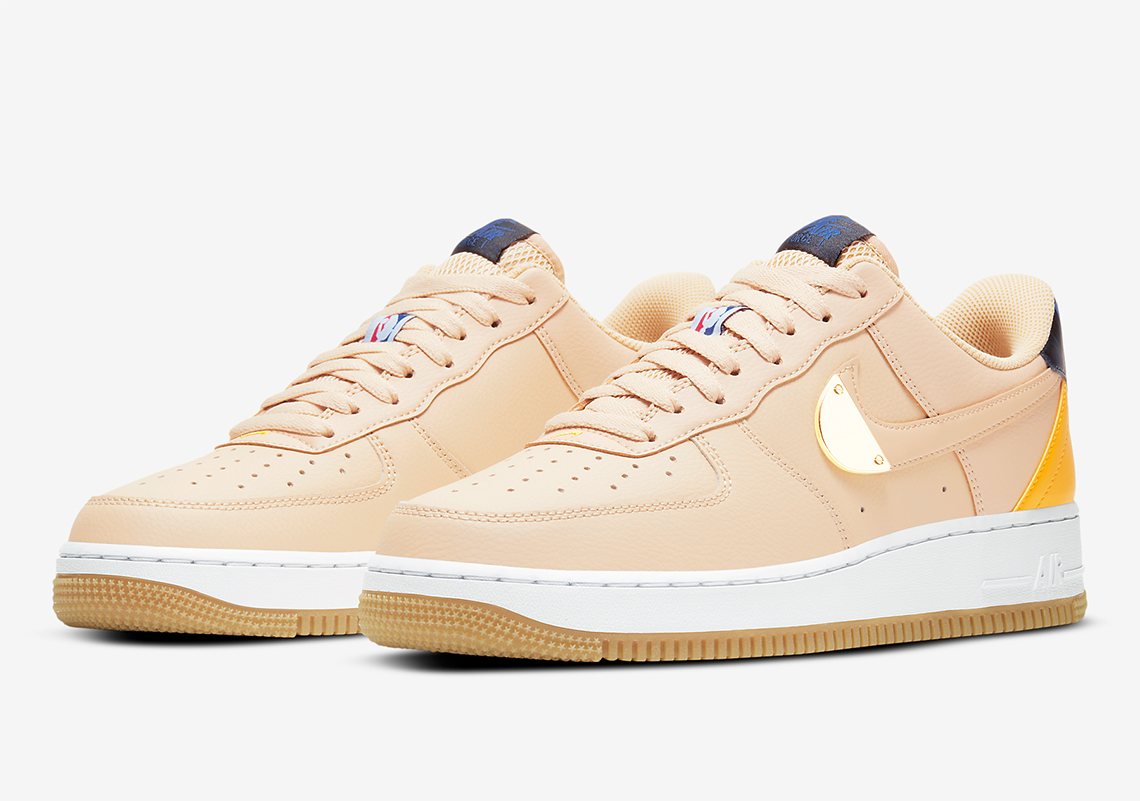 As a proud sponsor of the NBA, Nike has highlighted their rich relationship in the past by reimagining classic silhouettes such as the Air Force 1 and Cortez. Different motifs have been applied to these colorways such as simple NBA insignias, actual team logos, and even France’ flag colors to commemorate the first-ever overseas regular season game. And now, it appears as though the two will be partnering up once more in the near future to continue their collaborative projects; the first to be unveiled being this Air Force 1 Low.

Some interesting details to point out include that of the NBA logos which are placed mid-throat in upside down fashion, the half-circle gold plates on the lateral Nike checks (potential nod to the Larry O’Brien trophy?) and the the Swoosh-less medial walls. This particular rendition comes packaged with tumbled leather uppers and mesh throats dialed to a light tan hue, yellow triangular heel overlays, and tongue/heel branding that contrasts with a deep purple hue for an accented arrangement reminiscent of Laker colors. Moreover, the outsoles complement with a clean gum finish. While you wait on their Nike.com release, be sure to check out a further look here ahead, and expect more Low and High colorways to be unveiled in the near future.

For other news, an Air Jordan 1 Low Court Purple colorway has been revealed. 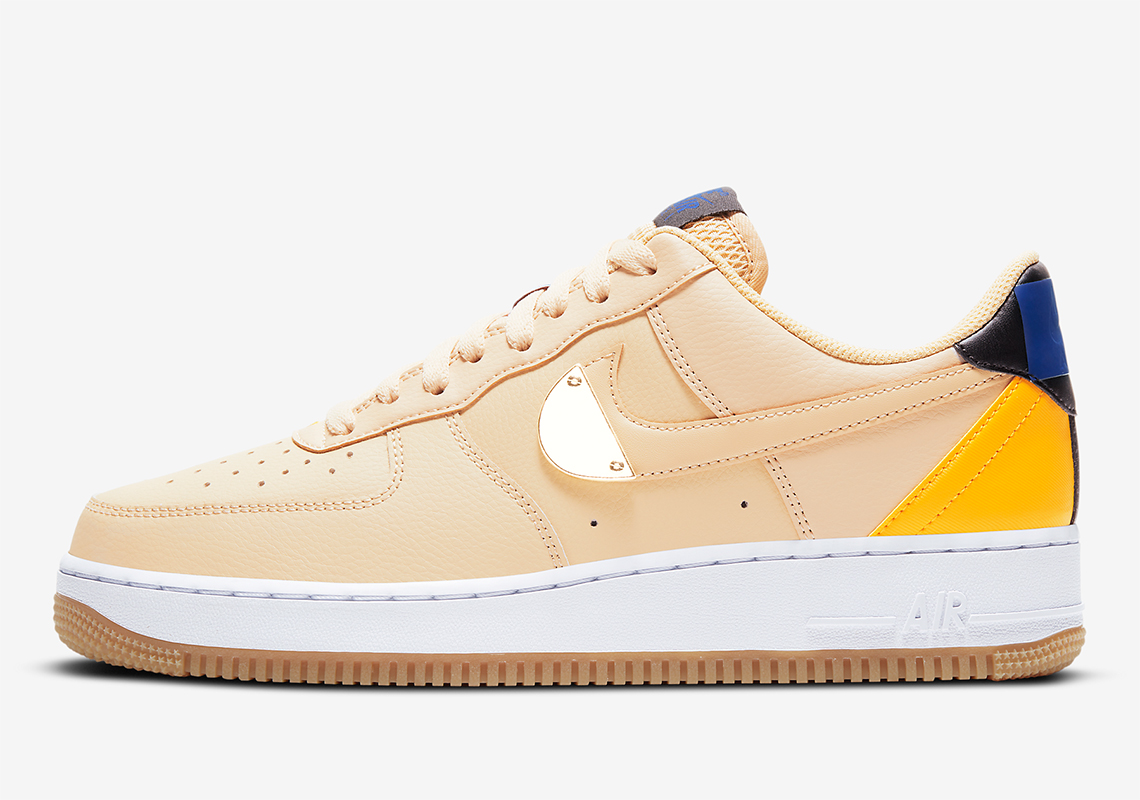 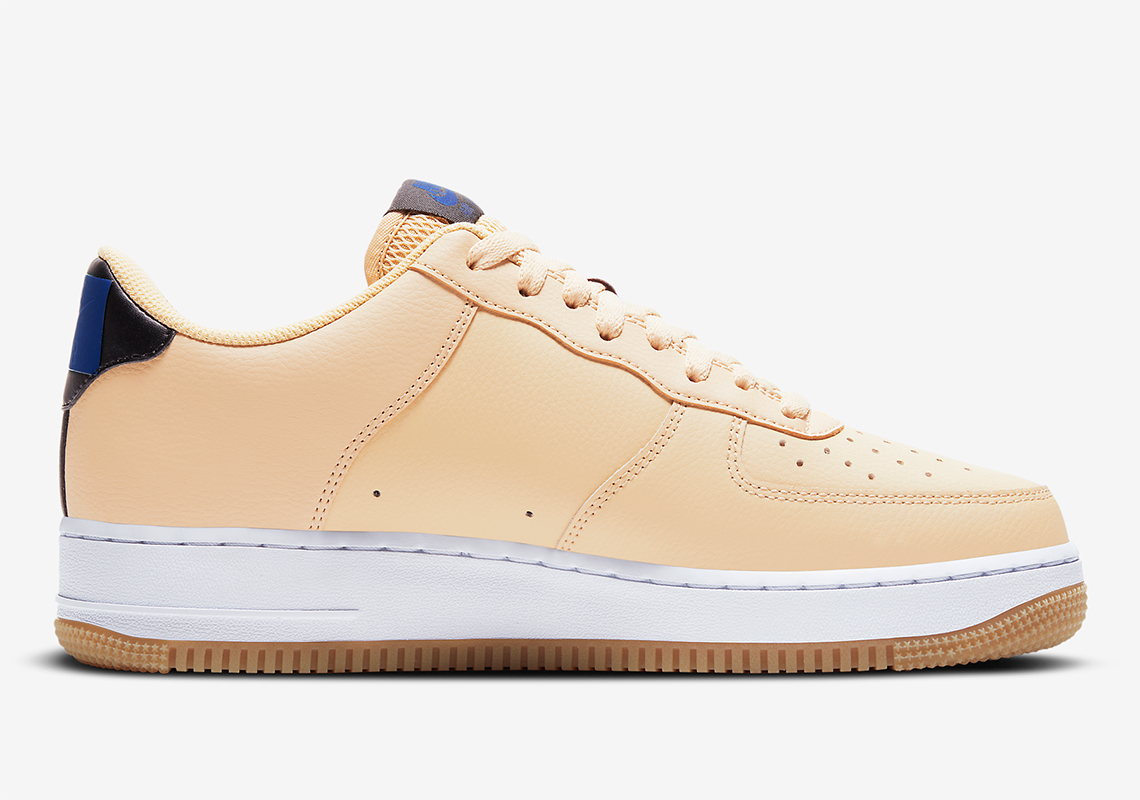 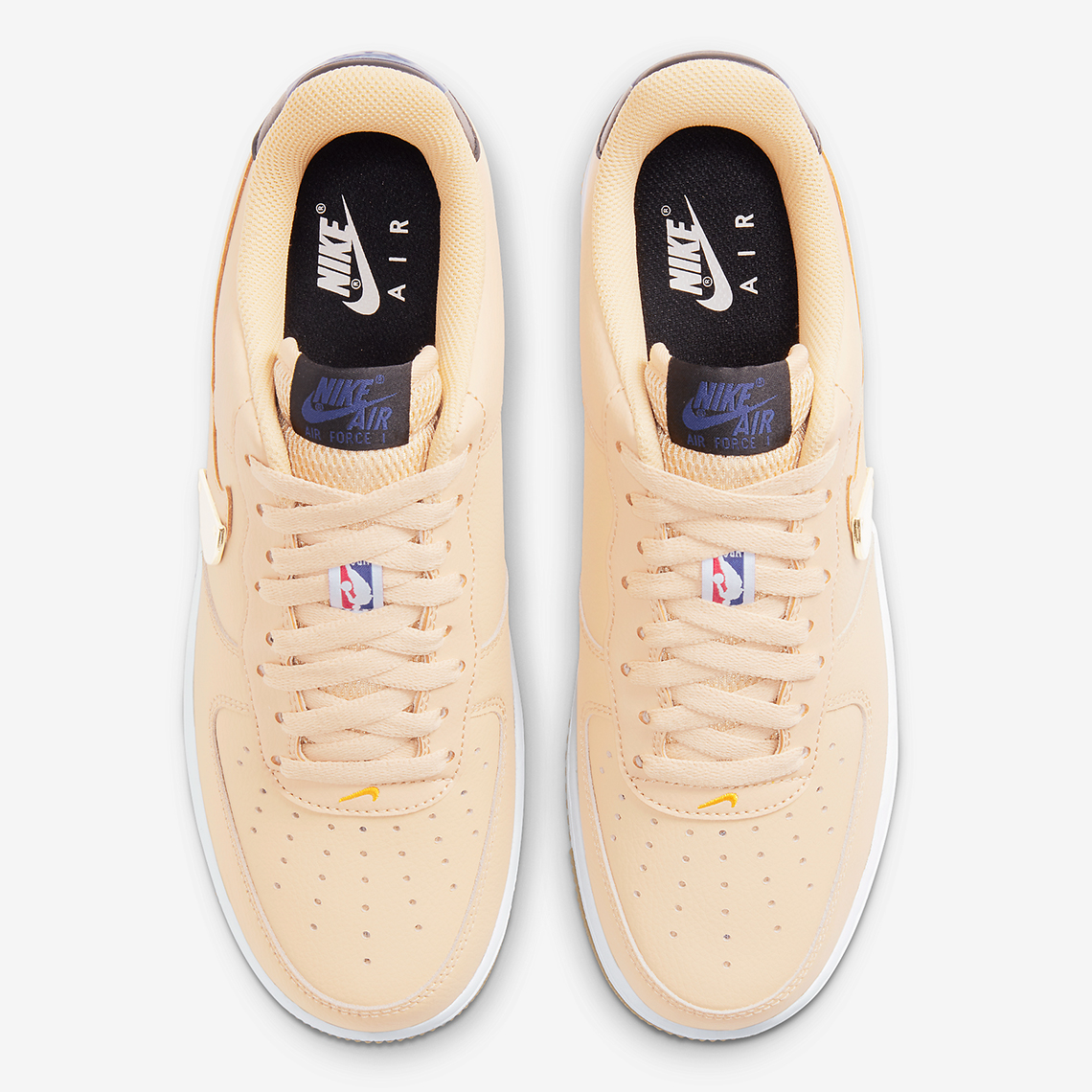 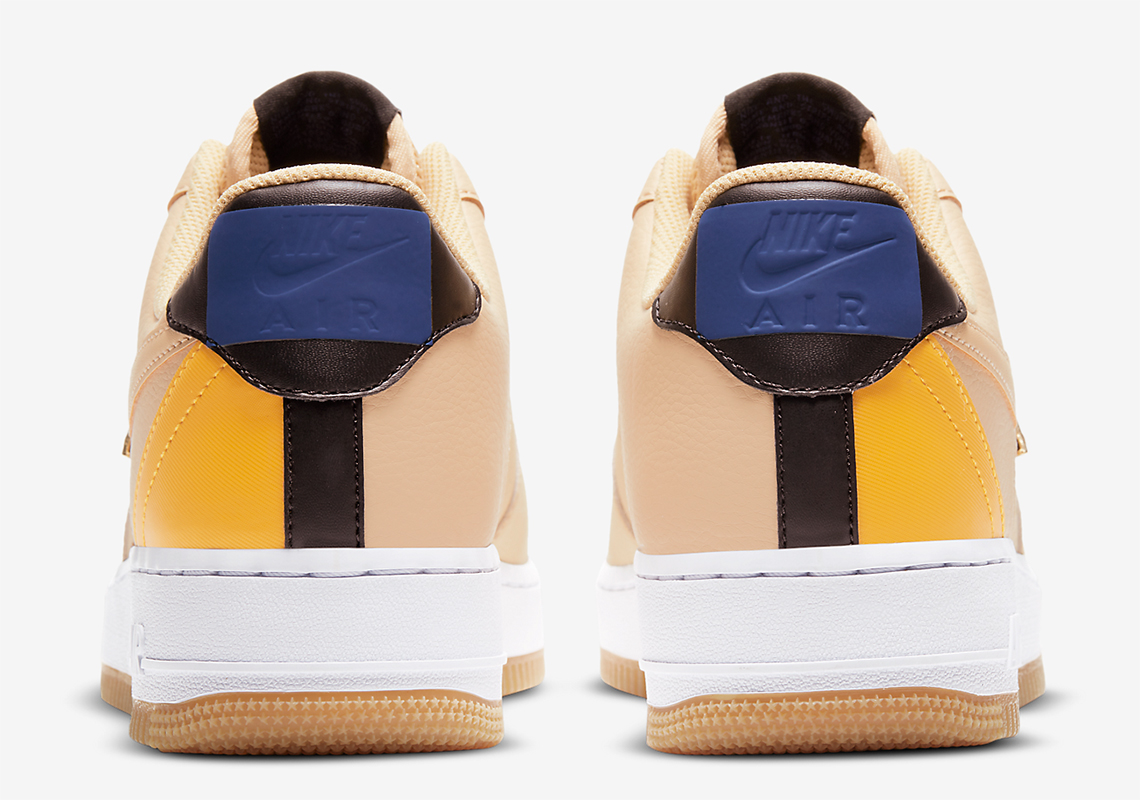 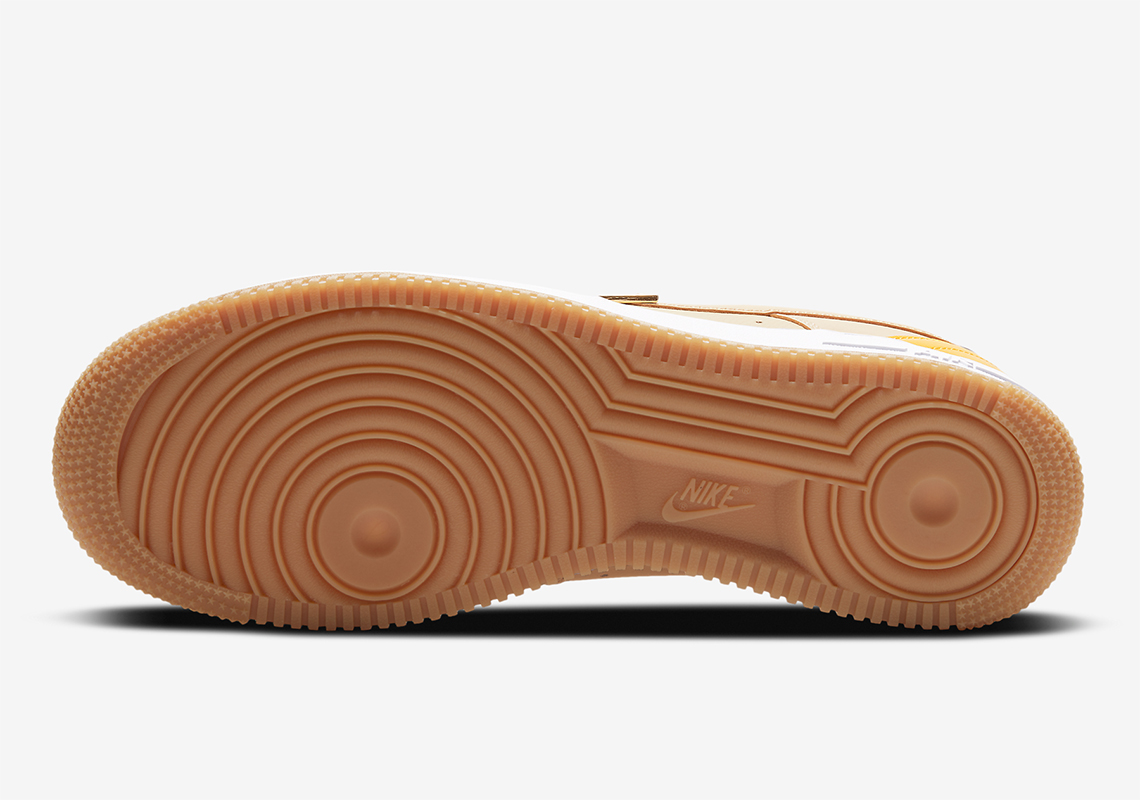 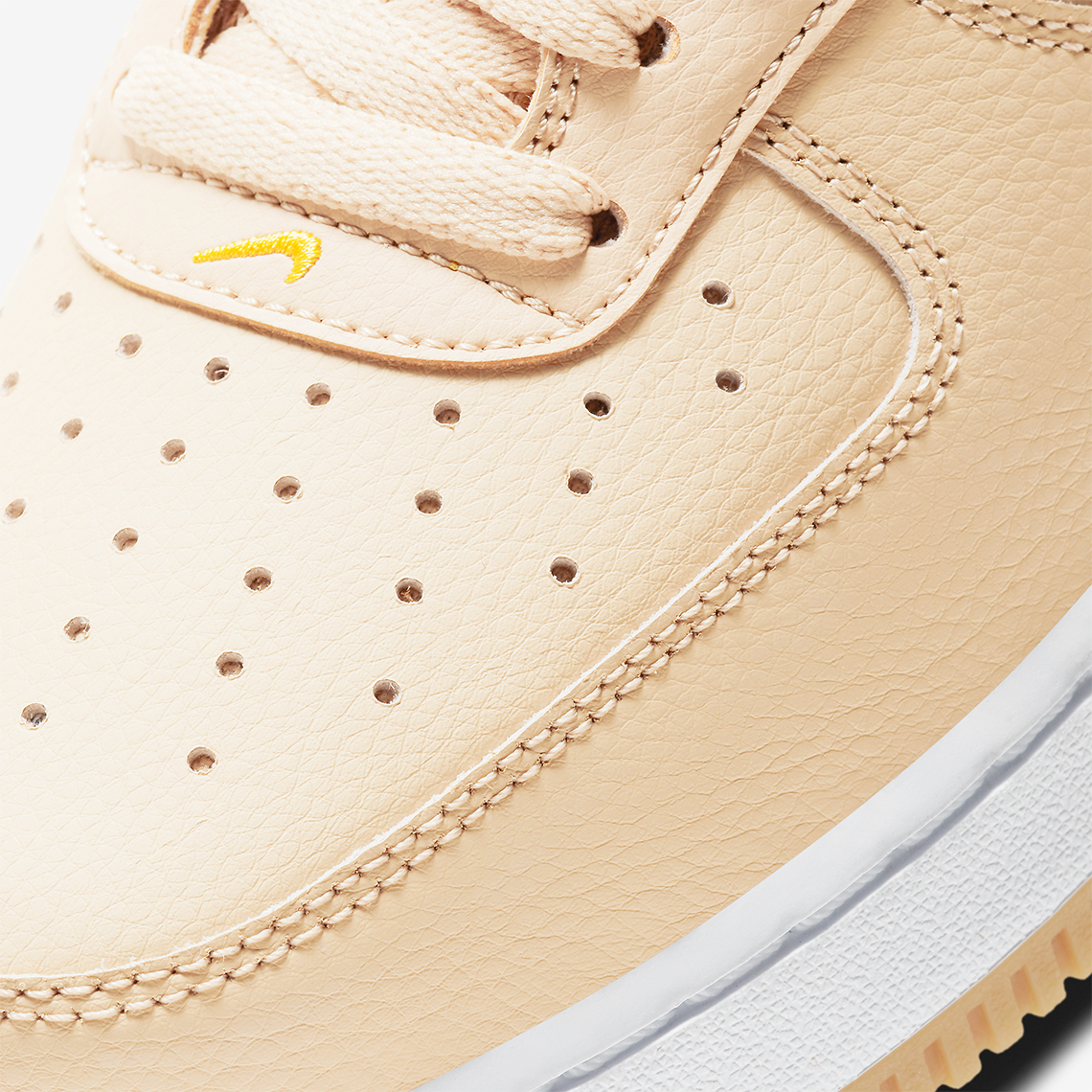 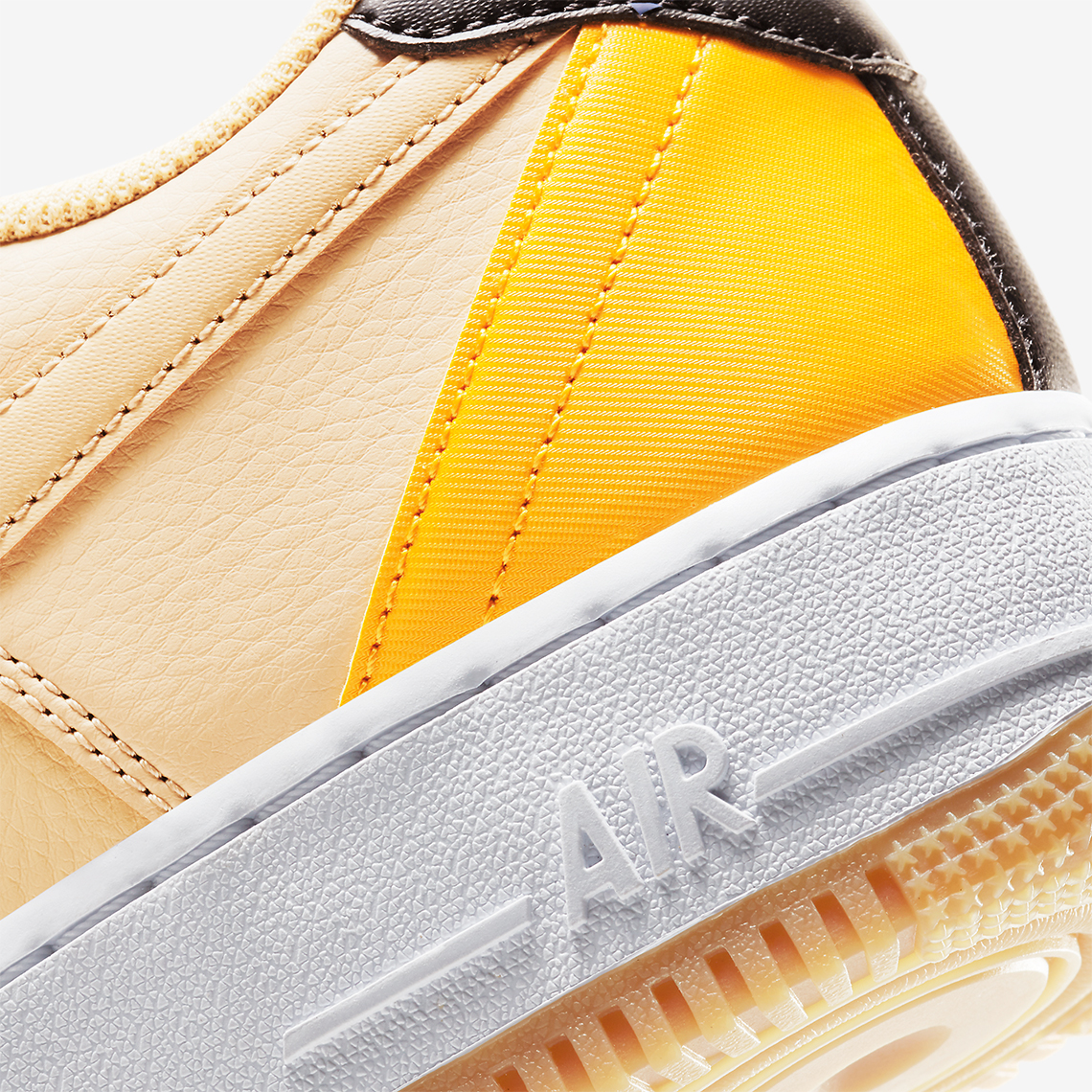