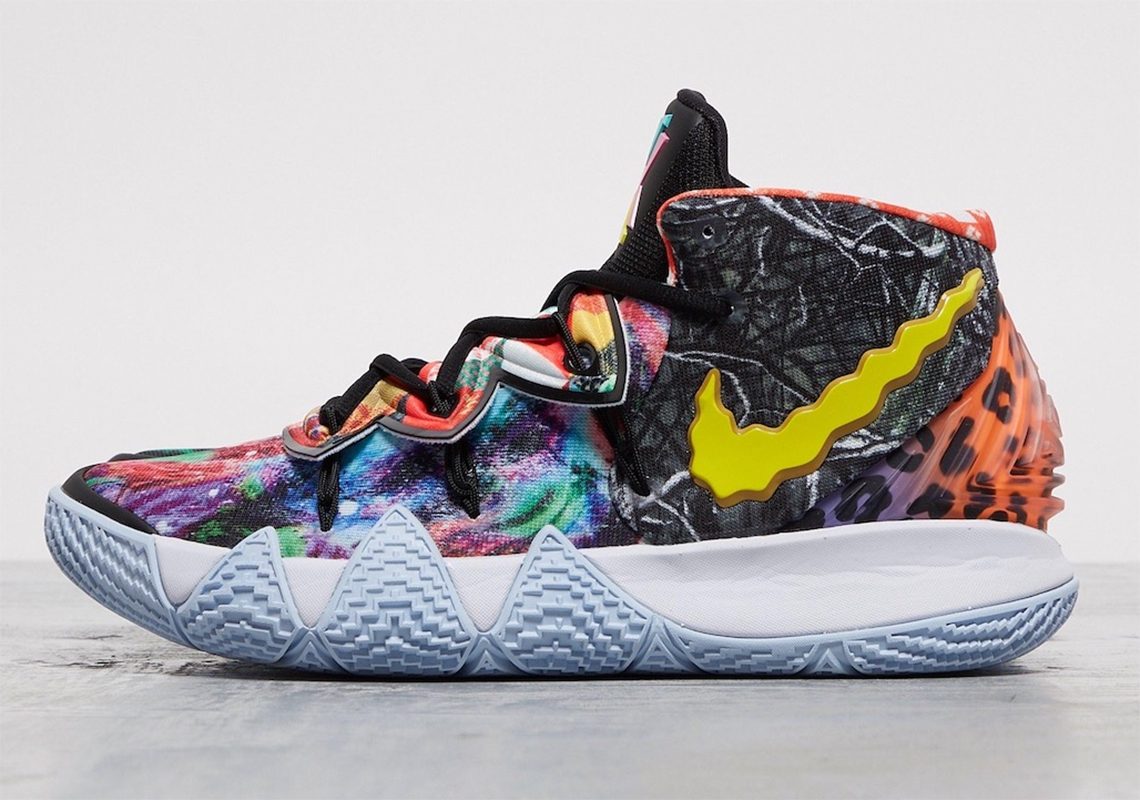 First Look At The “What The Kyrie” Nike Kybrid S2

There’s only a few months left to go until Beaverton will officially unveil the Kyrie 7, but before then, the Swoosh and the Brooklyn All-Star will first introduce a new silhouette entitled the Nike Kybrid S2. So far, it’s been previewed in a duo of tie-dye makeups, a camouflage colorway, and an iteration under Nike SB’s forthcoming “Sashiko” Pack, and now it appears that it will be adding one more member to join its ranks.

This time taking a much wilder approach, the hoops-ready model is now taking a chance at channeling the “What The” motif. Merged with some of Irving’s most cherished color schemes and themes, this rendition integrates SpongeBob elements via right side pineapple Swoosh panels and left tongue branding, multi-Swoosh decor on the medial side to nod to his Pride offering, Chinese New Year roses on the right tongue, Kyrie 4 “Confetti” medial walls on the left foot, cheetah patterns on the carved-out heels, and more. Grab a closer look here at the pair and its specially-designed shoe box here ahead, and find these likely hitting Nike.com and select retailers in the coming weeks. 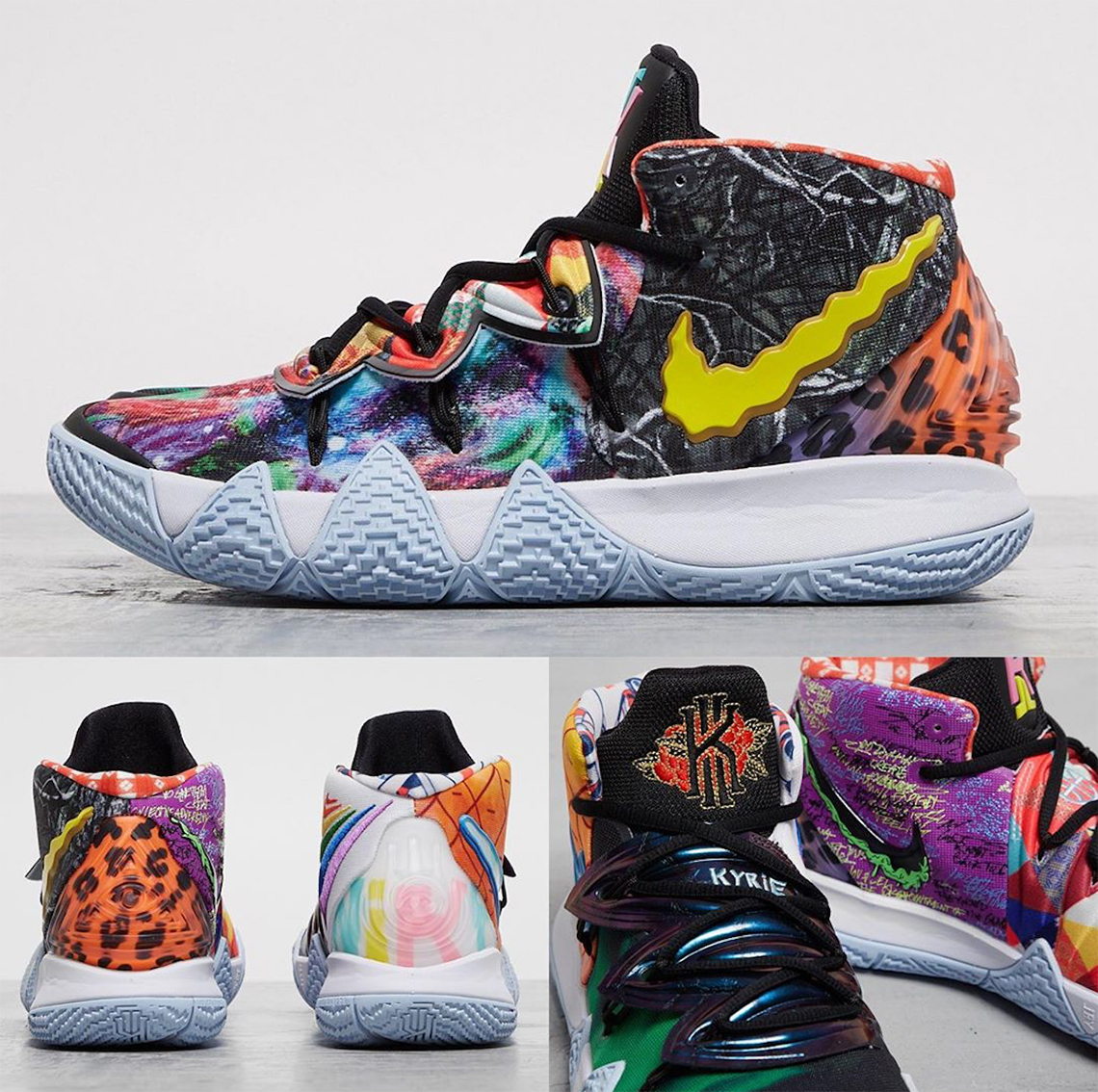 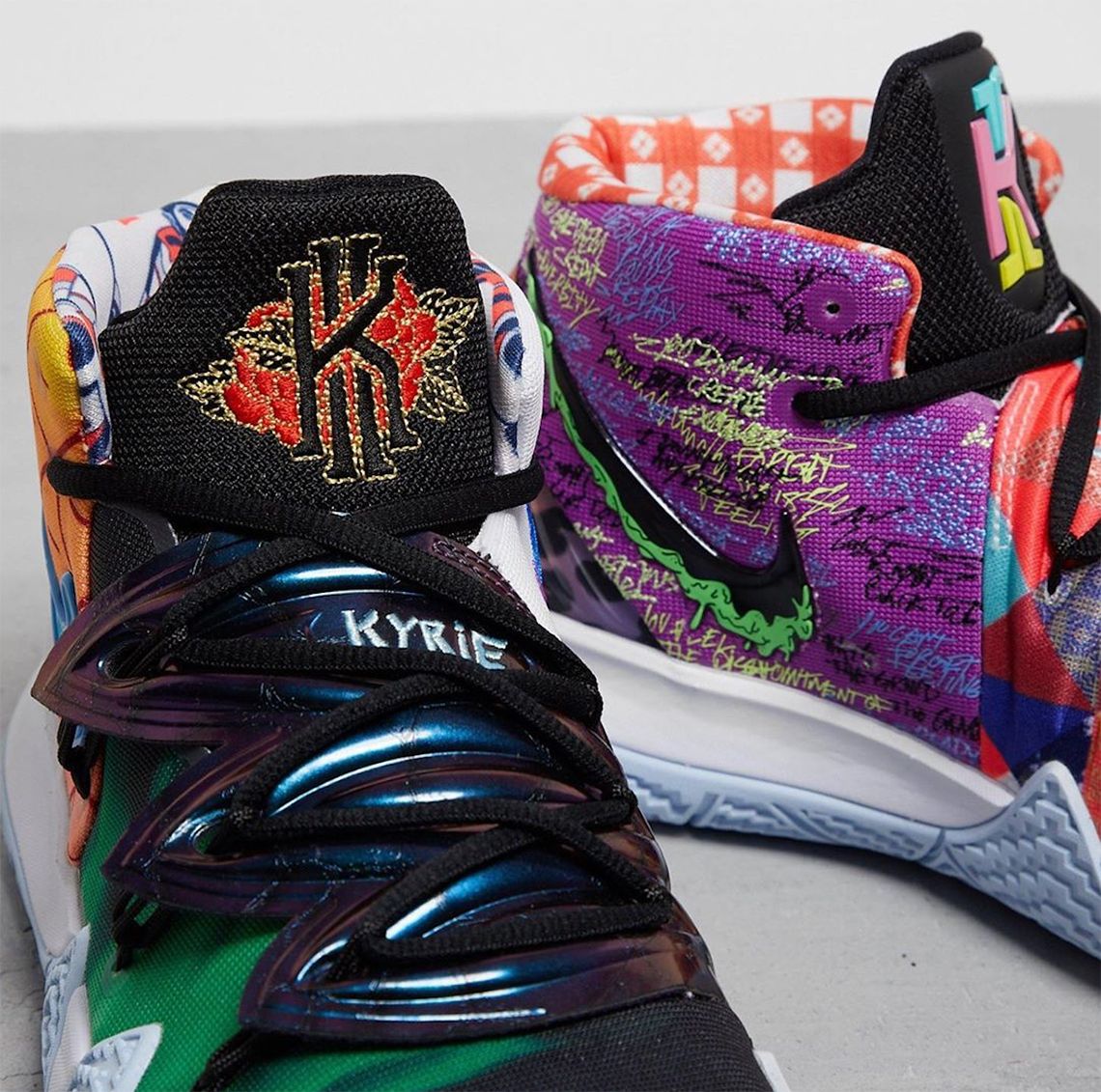 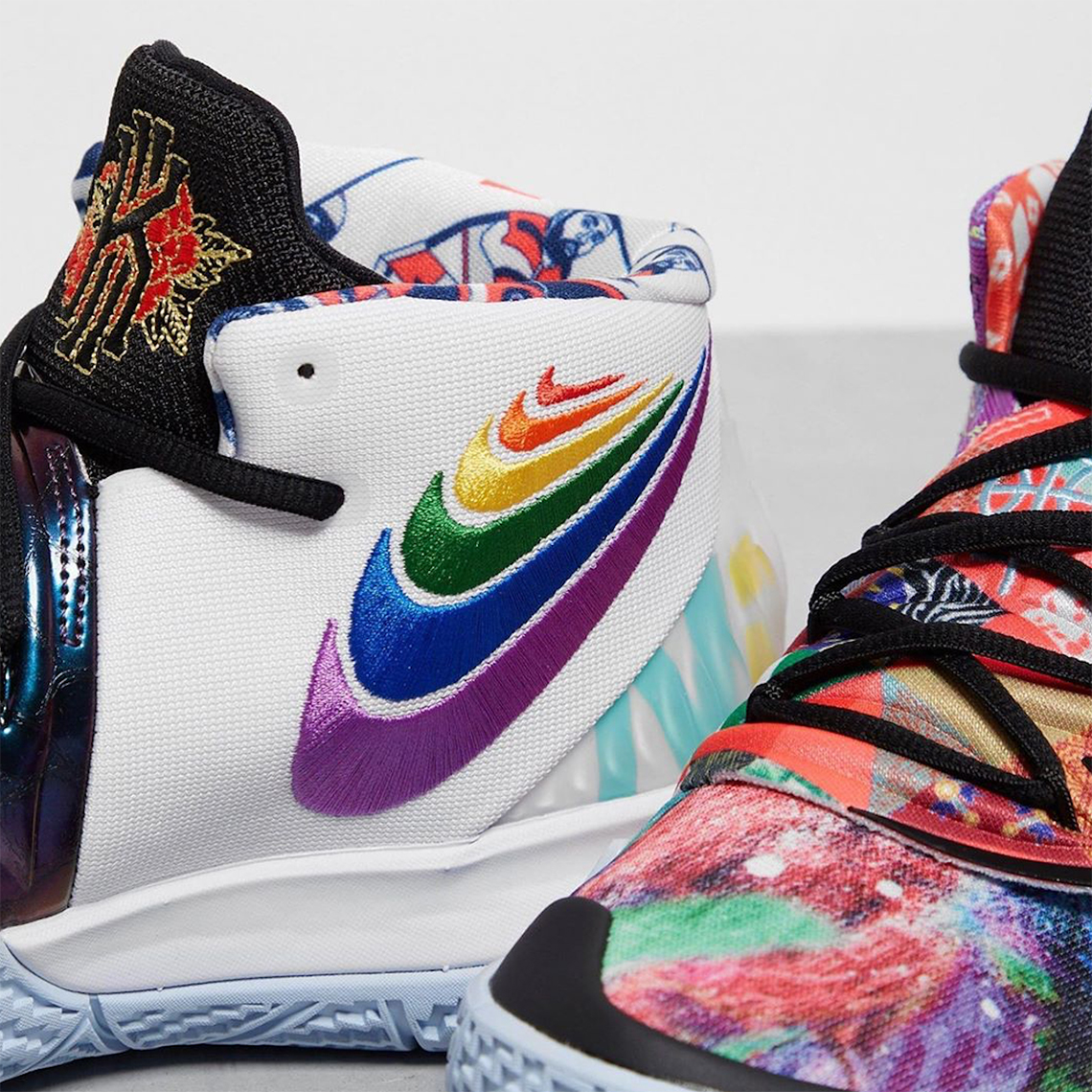