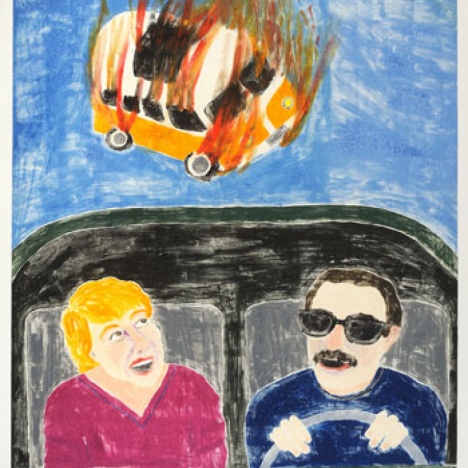 I have always been a vivid dreamer. Some years ago I started journaling what I remembered of them when I woke up. What fascinates me are the bizarre images that come to me, such as being attacked by fish while sitting on a ledge, a deceased friend looking at her tiny skeleton in a shoe box, fish swimming by in a subway station, a person in an old-fashioned diving suit shooting from a rooftop at people below or walking down a highway escorting several fish. Sometimes it is a whole scene or narrative, sometimes a word or two and sometimes just an image. At first these were just for my own contemplation and amusement. They were too intimate and embarrassing to share with anyone. Gradually, after years of making art, I found myself returning to these images and eventually decided to try to find a way to use them in my work, which would convey their primitive, primal and naive nature After painting on canvas and paper for years, I decided to try to capture these fleeting images in monoprints because this method seemed more in keeping with the essence of dreams and their ephemeral nature.

All work by Stephanie 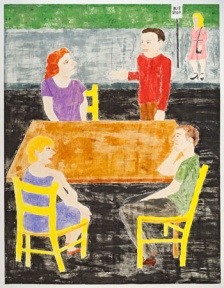 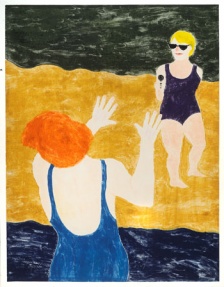 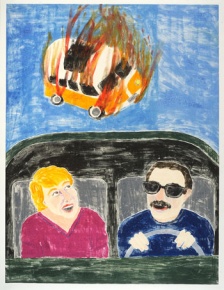 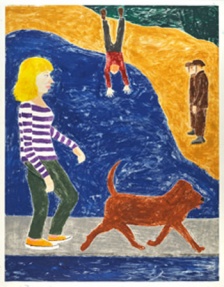 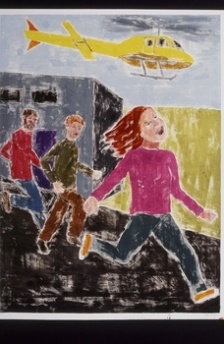 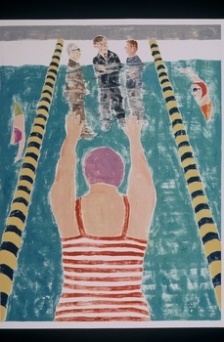 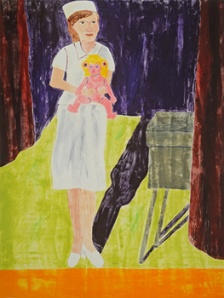 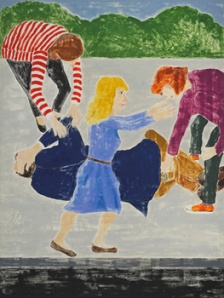