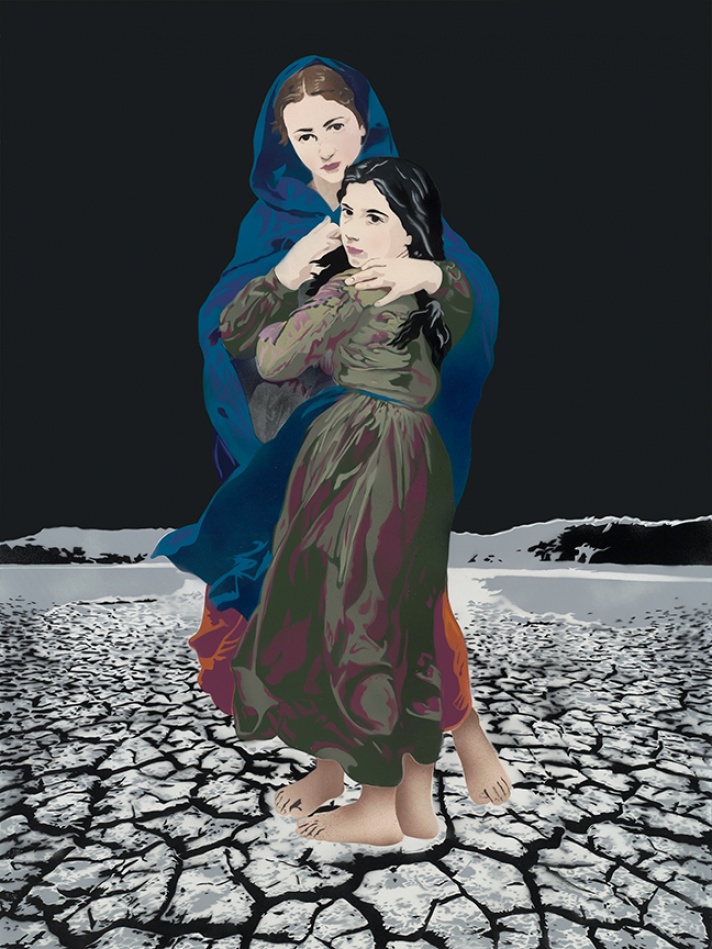 Scientific evidence for warming of the climate system is unequivocal.  “Climate change” refers to a long-period broad range of changes that are happening to our planet as a consequence of this warming. These changes include rising sea levels, shrinking mountain glaciers, accelerating ice melt in Greenland, Antarctica and the Arctic, and shifts in flower/plant blooming times.  Warming, however, can also manifest in “weather”, our localized day-to-day experiences of heat and cold, wind and calm, and rain or aridity.

The geography of the United States has always had associated with it certain regional risks of extreme weather. For example, the west and southwest have long histories of periodic drought, the midwest of tornadic activity, and the southeast of hurricane activity.  Warming certainly increases the risks of experiencing some of these events, if not all, and fuels more frequent and punishing occurrences than have ever been experienced. For example, a known and documented consequence of warming is more common, longer lasting, and more extreme heatwaves. Looking into our past we know that the human and economic costs of these extreme events can be staggering.  By not responding aggressively to warming, Congress is putting the future of our country at increased risk.  How much more risk (expressed in human and economic losses) are you willing to accept?

This is the first in a series of artworks on climate change and addresses drought. The central figures were appropriated from William-Adolphe Bouguereau’s 1874 artwork entitled “L’Orage (The Storm)”.  Each painting of this series will have children as the focal point as it is their future that is dependent upon the climate change policy decisions made today.