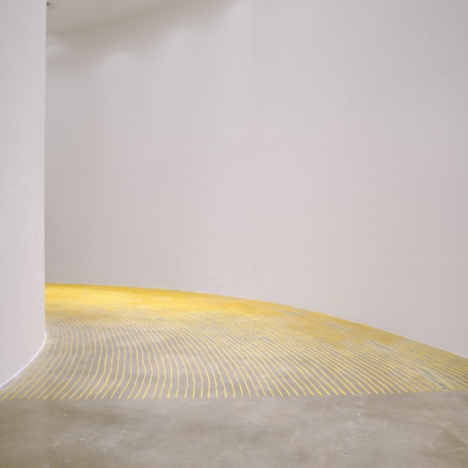 Over the past few years, I have developed a method of casting slender beeswax lines to create an inventory of objects that I use to create an array or field. This array may occupy a space to its limits or alternatively create a space within a space.  Each space demands a different orientation or configuration, and each installation is tasked with subverting the viewer’s perception of the space, challenging the eye, and working with instinctual perception and preconceptions to alter the experience of a space. The beeswax lines and their natural yellow color create a glow as they assemble and converge to fill a space.

The production, or “pouring,” of beeswax elements has become a meditative process that is integral to my art practice, serving as an observation of time, materials, and space. The raw beeswax I use has taken its form at the end of a long series of natural processes followed by a manufacturing process, and once it is in my hands, the studio becomes a factory. I apply my own methods of transforming the material by casting the beeswax into three-dimensional forms. Once I have fixed both a place and a time in the future for a potential installation, I begin to determine how the beeswax lines will take their aggregated shape in that space and, simultaneously, how many lines might be manufactured for that particular space in the amount of time available.

In 2017 I created the first in a series of vertical linear works suspended in air, first in my studio and then in a temporary installation [Kunstlerbund Tubingen – Līnea II, III]. The dramatic shift from seeing my works only occupying the floor to suddenly being suspended in space added to the versatility of my basic component of the beeswax line. The concept of Līnea IV [Curtain], a two-story installation of hanging lines extending down from the third to the second floor of the museum, evolved through moments of spatial experience, combined with this shift in process, and could have only occurred organically. I have since presented vertically hanging works in spaces at the Sun Valley Center for the Arts, Sun Valley Idaho, and in Gallery B. Bethesda, MD.

The question, “why wax?” is often posed. Traditional sculpture processes include the use of wax as a modeling or casting material, often in order to create an intermediary object to be cast in metal. Wax has a full range of fluid properties ranging from liquid and hot to firm and cool; these properties and their potential for change hold a certain attraction. When heated, the wax becomes liquid and can be poured, brushed, or carved at various temperature stages. My fascination lies with the transformation of materials, and over the years, I have worked with different armatures and structures to support the wax. Now I have abandoned armatures in favor of a component that can be infinitely deployed, re-melted, and recycled for future use.

The objects I create are activated by the spaces they inhabit, and no single work exists outside of the place it resides. Architecture, historic and geographical context, and the viewer introduce the vital elements of scale, perspective, and experience.

All work by Mary 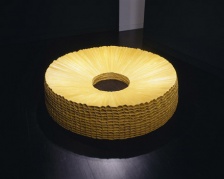 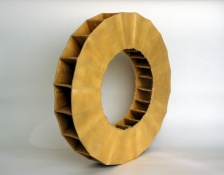 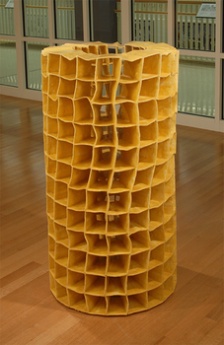 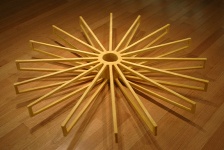 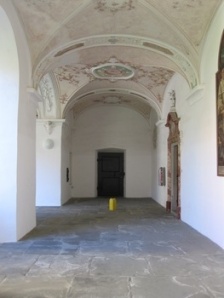 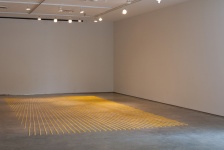 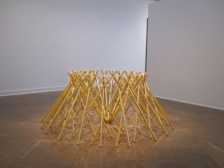 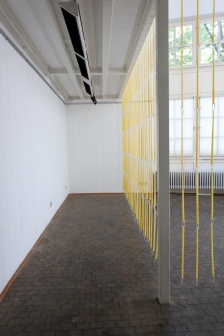 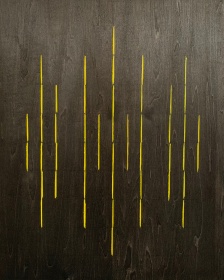 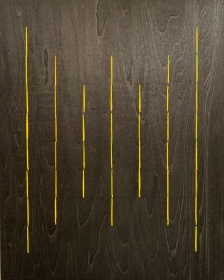 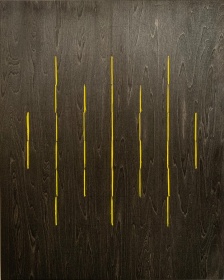