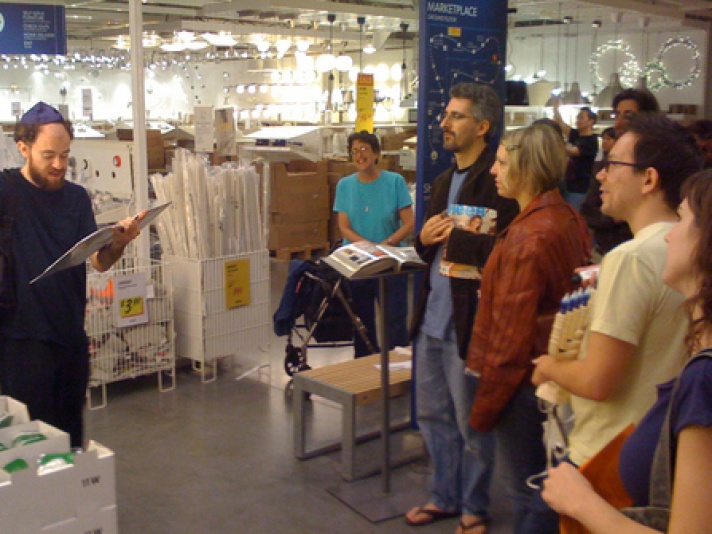 Brian Feldman invited the public to join him for this Jewish-Swedish celebration where they could order anything off the IKEA® Orlando Restaurant menu (ideally french fries, the closest thing they have to latkes), and then dine together during the last night of Chanukah. After dining, Brian lead a tour in Google Translated Swedish, culminating at the IKEA® Lighting Department with the group singing Peter Yarrow’s (Peter, Paul & Mary) Chanukah classic, “Light One Candle.” Next year in Älmhult!

“The story begins with a comment made by a Jewish acquaintance of mine, who, upon hearing of ChanuIKEA, was offended. What she missed out on was a great piece of art which rightly ennobled the Hebrew faith and kept me up half the night in contemplation.”