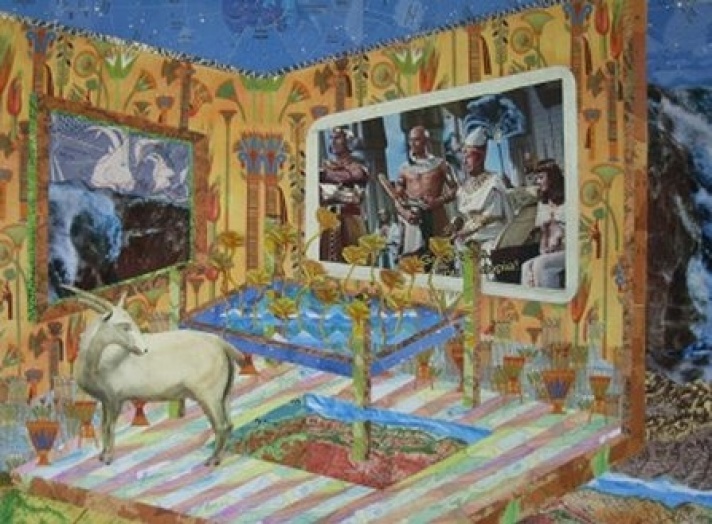 This collage is in response to a similar work entitled ?Safeguarding the Sacred? in which a sacrificial goat is tied to a bed for safekeeping, the night before the Angel of Death is due to arrive.

I decided to make an updated version by placing the goat in a contemporary bedroom with accompanying features. Therefore, the goat is watching a movie on a flat screen television monitor. Egypt is represented by the wallpaper design. The next issue was what should the goat be watching? That was solved when I thought about shows that are broadcast at that time of year and settled on ?The Ten Commandments?.

While the goat is watching the movie the Sea of Reeds (Red Sea) is dividing outside his window. The goat is not tied to the bed, since he is being electronically entertained, there is no fear that he will try to escape.