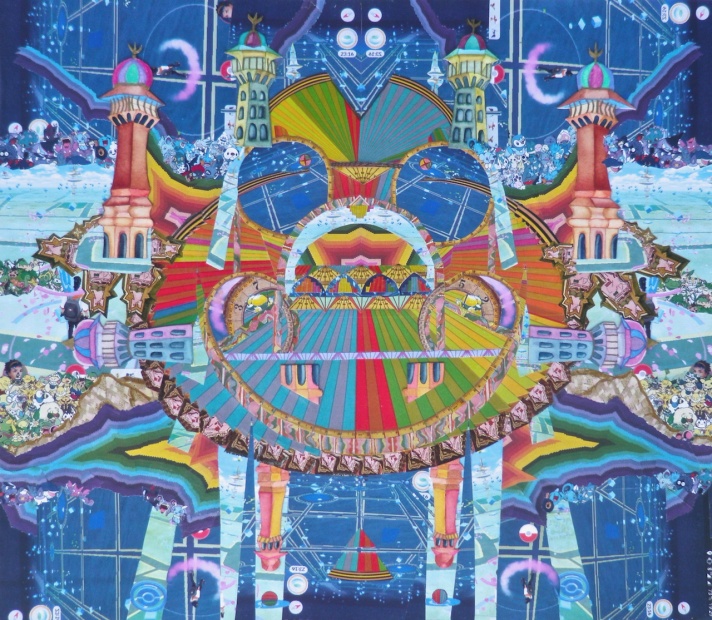 Searching for Pokemon, the augmented reality version became a world wide sensation at the same time as there was a violent attack in Nice, on the Promenade des Anglais. This collage was inspired by a non-extant casino on the promenade and by games, such as roulette and chess.

It is a statement about our “civilization” that while some are distracted from reality by game playing, terrorists are attacking innocent people out for a stroll on the promenade.