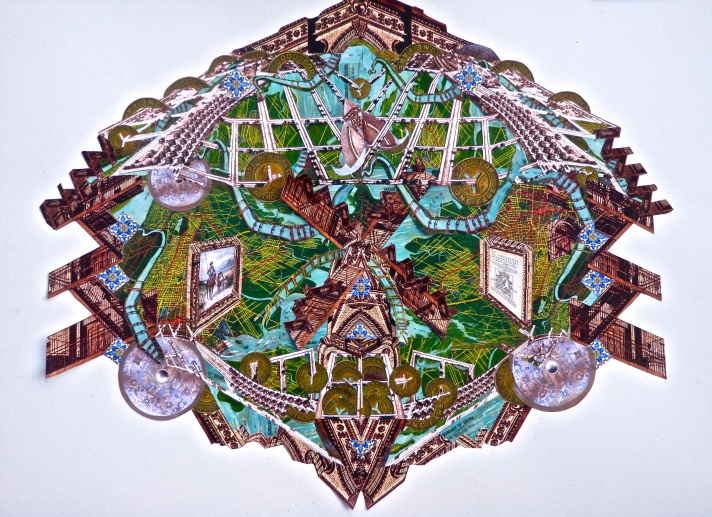 A collage in honour of mi padre; don Fino, a very proud Bronx native and a Spanish professor who was passionate about Cervantes’ masterpiece; don Quixote.

Subway tokens represent transit coins and refer a payment or bribe for Charon, the ferryman of Greek mythology who conveyed souls across the River Styxx  that divided the world of the living from the dead.

The windmill (with reptilian features) and the border of the shield are collaged from photos of Bronx fire escapes.  don Quixote is the perfect story to illustrate with collage, as the epic hero imagined the mundane, such as transforming a barber’s basin into a helmet.

The Grand Concourse, a thoroughfare connecting Manhattan to the northern Bronx was referred to lovingly by locals, as the Champs Elysees, after which it is modeled.  My father reminded me of the hidalgo, don Quixote, in many ways. Imagining his street in an