Arab and European Illustration of Experiments with Ampoules (2018) 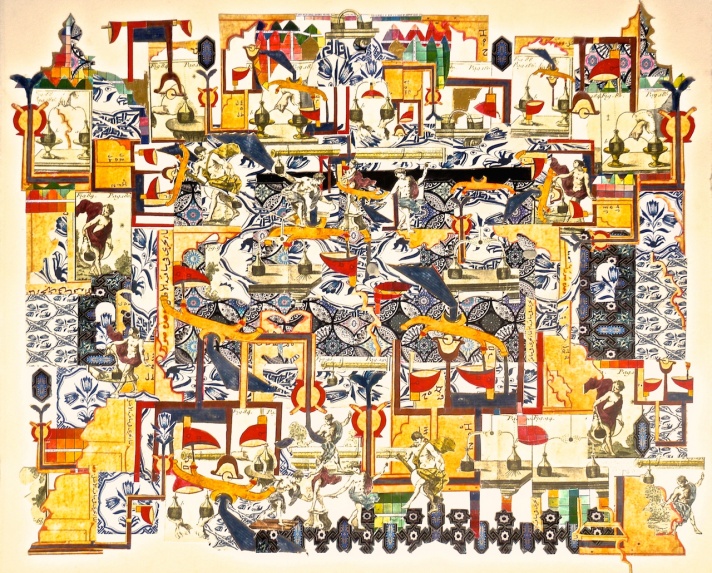 Different types of scientific illustration is played with in this collage.  Electricity was the craze of the eighteenth century. Thrilling experiments became forms of polite entertainment for ladies and gentlemen who enjoyed feeling sparks, shocks and attractions on their bodies. Popular lecturers designed demonstrations that were performed in darkened salons to increase the spectacle of the so-called electric fire.

The Arab example does not include representations of people and relies on depictions of the instruments.