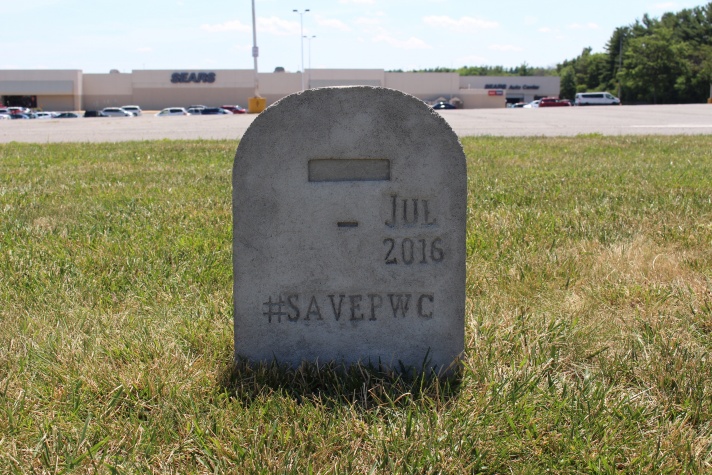 The Gravestone Project addresses the outbreak of homicides in Prince William County. When the project was launched in July of 2016, eleven homicides had already occurred. For each of the homicides a gravestone was placed throughout the city within a one mile radius of every incident. The name and birthdates on the stones were left blank, leaving space for the viewer to apply their own narrative and fully understand the gravity of the recent losses that the community had endured. While each stone referenced a real event, the graves were unidentified, and only suggested a possible fatality if the pattern continued. By December of 2016, the murder count doubled, reaching a total of twenty-two homicides.